Every year in the U.S., more than 109,000 primates are imprisoned in laboratories, where most of them are abused and killed in invasive, painful, and terrifying experiments. While it is well known that nonhuman primates are sensitive, intelligent beings, experimenters treat them as if they were disposable pieces of laboratory equipment.

How Primates End Up in Laboratories

Primates abused in experiments are bred in government or commercial facilities, born in laboratories, or captured in the wild in countries such as China, Cambodia, and the island of Mauritius. 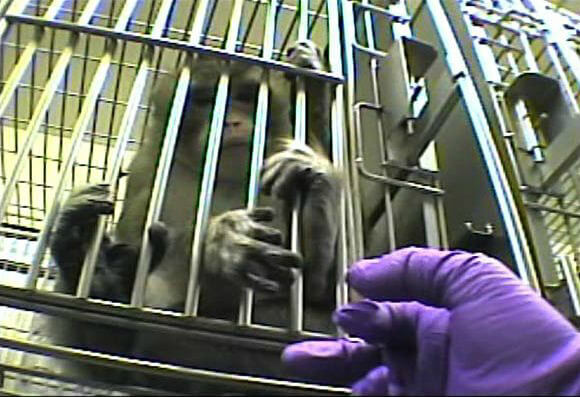 Babies born in laboratories are forcibly torn from their screaming mothers and permanently separated from them—usually within three days of birth. Numerous investigations have found that in order to abduct primates from their homes in the wild, trappers often shoot mothers from trees, stun the animals with dart guns, and then capture the babies, who cling, panic-stricken, to their mothers’ bodies. Some wildlife traders catch whole primate families in baited traps. The animals are packed into tiny crates with little to no food or water and are taken to filthy holding centers, where they await long and terrifying trips in the cargo holds of passenger airlines. Their destination: laboratories like Covance or Charles River Laboratories, laboratory dealers like Primate Products, Inc., or primate breeding centers.

After enduring a traumatic separation from their families and/or homes, primates in laboratories are usually confined to barren steel cages—a far cry from the lush forests and savannahs where they would otherwise live. In their natural habitats, nonhuman primates may travel for miles, foraging for a variety of foods, socializing with family and friends, climbing hills, swinging from vines, swimming in rivers, scampering across fields, and cavorting with their companions. 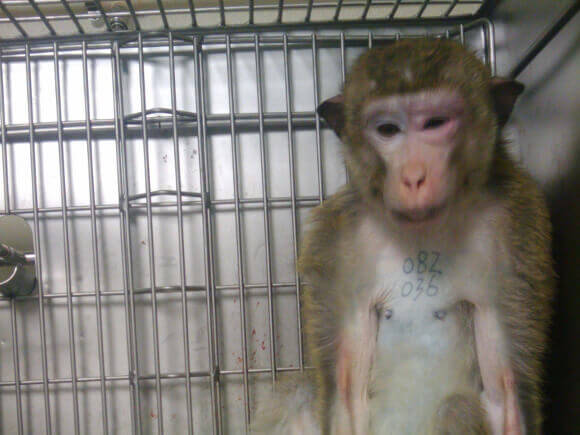 In laboratories, these animals have barely enough room to sit, stand, lie down, or turn around. The rich days full of sensory stimulation that they should be experiencing are replaced by days that are devoid of color, scent, and almost every other type of environmental enrichment. At most, the primates in laboratories are given cheap plastic toys, scratched mirrors, and the occasional slice of apple or banana. 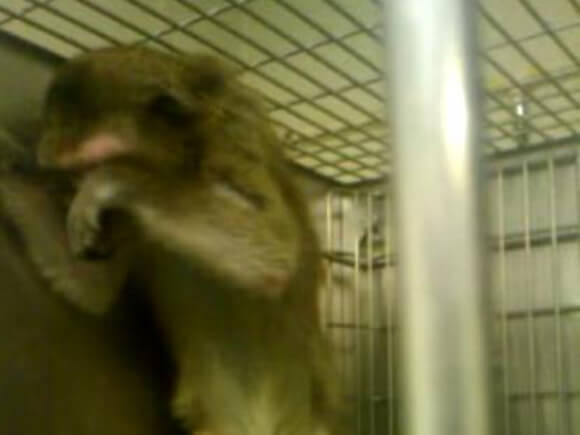 Research shows that 90 percent of primates in laboratories exhibit abnormal behaviors that are caused by the physical abuse, psychological stress, social isolation, and barren confinement that they are forced to endure. Many go insane, rocking back and forth, pacing endlessly in the cages, and engaging in repetitive motions such as back-flipping. They even engage in acts of self-mutilation, including tearing out their own hair or biting their own flesh.

Video footage taken inside Covance, the University of Utah, and the Oregon National Primate Research Center illustrates the extent of the insanity that can result when primates are completely deprived of meaningful sensory stimulation.

Besides having their most fundamental needs and desires disregarded, primates imprisoned in laboratories are subjected to painful and traumatic procedures, including the following: 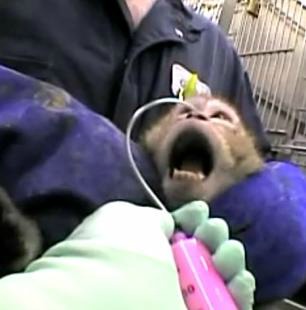 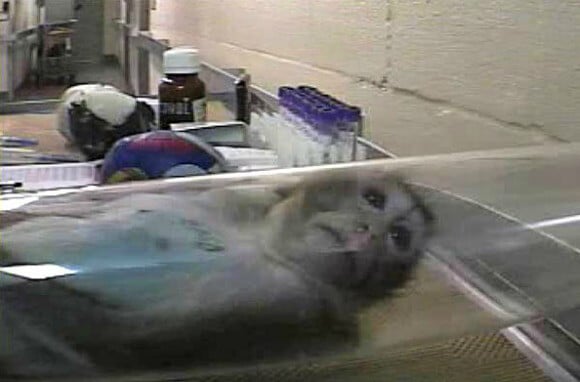 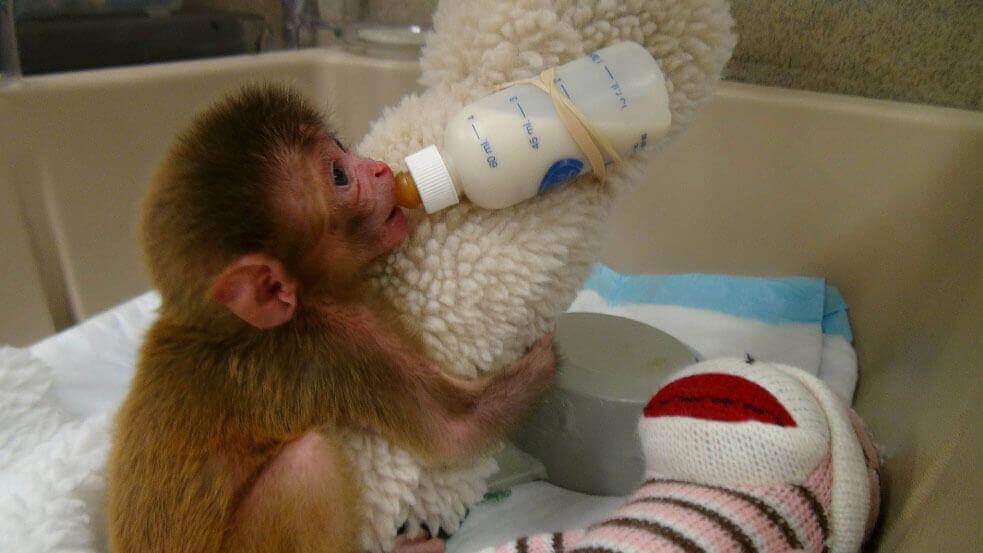 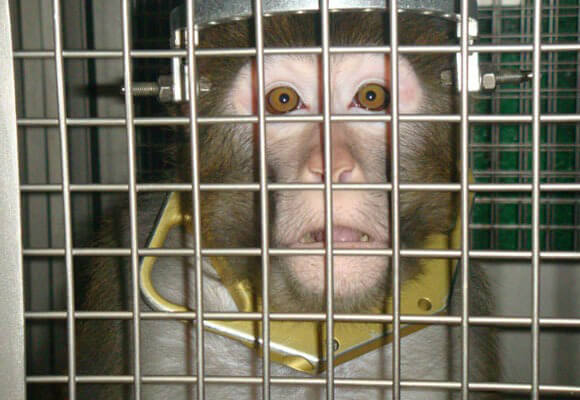