Just when you thought experiments on animals couldn’t get any more cruel or absurd, the good folks at the Oregon National Primate Research Center (ONPRC) managed to come up with an experiment on baby monkeys that’s so cruel and ridiculous it might even give Harry “Monster Mother” Harlow pause.

ONPRC experimenter Kevin Grove is spending $750,000 in taxpayer money per year to make monkeys fat and play mind games with their babies. First he feeds pregnant monkeys unhealthy high-fat diets. After the babies are born (many preterm babies are cut out of their mothers’ wombs and immediately killed so that their brains can be dissected), he attempts to scare the bejeezus out of them by putting things in their cages that he knows they are afraid of, including Mr. Potato Head dolls. Yes, you read that right. If that doesn’t do the trick, he engages the baby monkeys in staring contests. Yes, you read that right too. 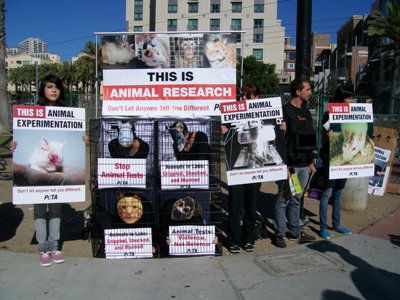