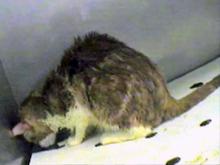 More than 19,000 cats are abused in U.S. laboratories every year—in addition to the tens of thousands who are killed and sold to schools for cruel and crude classroom dissections. These cats are just as deserving of fulfilling lives and loving homes as the feline companions who purr on our laps.

Indeed, thousands of the cats who end up in laboratories or in classrooms are homeless animals who were betrayed by animal shelters. A PETA investigator who worked undercover inside the laboratories of the University of Utah discovered that a then-mandatory “pound-seizure” law had compelled local animal shelters to hand over hundreds of homeless dogs and cats to the university for use in invasive, painful, and often deadly experiments. One pregnant cat who had been purchased from a local animal shelter for $15 gave birth to eight kittens the very day that she arrived at the university. A chemical was injected into the kittens’ brains, and all the kittens died. In another experiment, a cat named Robert, who had also been bought from a local shelter, had a hole drilled into his skull and electrodes attached to his brain. Following PETA’s vigorous campaign, the university announced that it would no longer obtain animals from shelters, effectively ending pound seizure in the state of Utah. 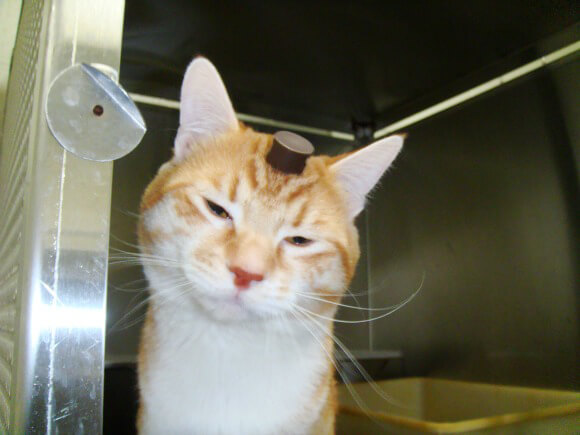 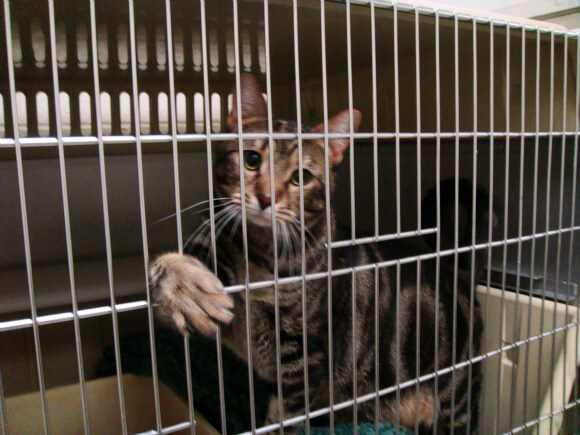 A PETA investigation into cruel “sound localization” experiments at the University of Wisconsin–Madison revealed that experimenters drill holes into cats’ skulls, implant electrodes in their brains, and implant steel coils in their eyes. The cats are intentionally deafened and then killed. At Michigan State University, experimenters cut into cats’ faces, crushed their optic nerves, removed their eyes, and then killed them. In auditory studies, cats have their ears cut off and are locked in restraint chairs so that their brain activity can be measured in response to different sounds. In stroke experiments, blood flow to the cats’ brains or eyes is blocked, causing a stroke. In vision experiments, cats are raised in darkness, have one or both eyes sewn shut, or have their eyes removed. At a contract testing laboratory called Professional Laboratory and Research Services (PLRS), where PETA conducted an undercover investigation, cats suffered seizures and bled from the nose and mouth after an experimental chemical was applied to their skin. In spite of this severe reaction, the chemical was administered to the cats a second time the very same day. PLRS was shut down after PETA filed a complaint with federal authorities. 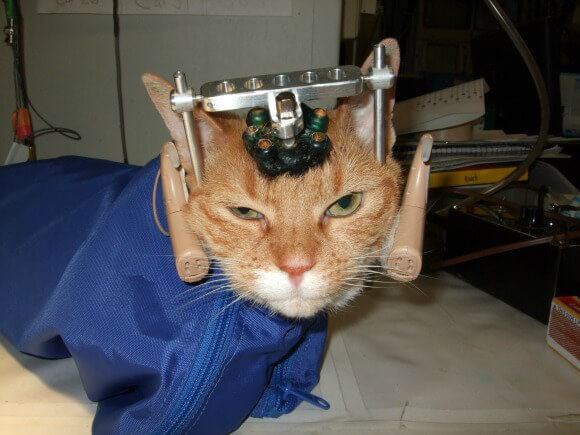 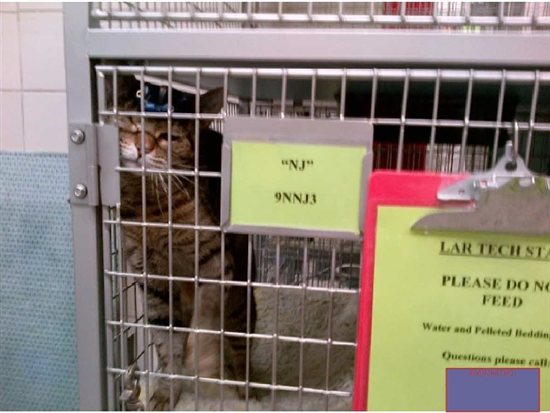 A dwindling number of universities and hospitals continue to maim cats and kittens for cruel and crude intubation trainingexercises, in which the animals have hard plastic tubes repeatedly forced down their small, sensitive windpipes. This archaic practice—which can cause bleeding, swelling, scarring, collapsed lungs, and even death—continues, even though more effective and humane training methods exist.