Right now, millions of mice, rats, rabbits, primates, cats, dogs, and other animals are locked inside barren cages in laboratories across the country. They languish in pain, ache with loneliness, and long to be free from animal testing. Instead, all they can do is sit and wait in fear of the next terrifying and painful procedure that will be performed on them. A lack of environmental enrichment and the stress of their living situation cause some animals to develop neurotic types of behavior such as incessantly spinning in circles, rocking back and forth, pulling out their own fur, and even biting themselves. After enduring a life of pain, loneliness, and terror, almost all of them will be killed.

PETA is at the forefront of stopping this abuse. Our dedicated team of scientists and other staff members work full time exposing the cruelty of animal tests in order to ensure their imminent end. This team collaborates with members of Congress to introduce groundbreaking legislation to replace the use of animals in laboratories, spearheads hard-hitting eyewitness exposés and public campaigns that have been pivotal in shifting public opinion against animal testing, and persuades major corporations, government agencies, and universities to abandon animal tests in favor of modern, non-animal methods.

Technologically advanced non-animal test methods can be used in place of animal testing. Not only are these tests more humane, they also have the potential to be cheaper, faster, and more relevant to humans.

While some of the experimentation conducted on animals today is required by law, most of it isn’t. In fact, a number of countries have implemented bans on the testing of certain types of consumer goods on animals, such as the cosmetics-testing bans in the European Union, India, Israel, New Zealand, Norway, and elsewhere.

Millions Suffer and Die in Animal Testing, Training, and Other Experiments

More than 100 million animals suffer and die in the U.S. every year in cruel chemical, drug, food, and cosmetics tests as well as in medical training exercises and curiosity-driven medical experiments at universities. Animals also suffer and die in classroom biology experiments and dissection, even though modern non-animal tests have repeatedly been shown to have more educational value, save teachers time, and save schools money. Exact numbers aren’t available because mice, rats, birds, and cold-blooded animals—who make up more than 99 percent of animals used in experiments—are not covered by even the minimal protections of the Animal Welfare Act and therefore go uncounted.

Examples of animal tests include forcing mice and rats to inhale toxic fumes, force-feeding dogs pesticides, and applying corrosive chemicals into rabbits’ sensitive eyes. Even if a product harms animals, it can still be marketed to consumers. Conversely, just because a product was shown to be safe in animals does not guarantee that it will be safe to use in humans.

Animals are also used in toxicity tests conducted as part of massive regulatory testing programs that are often funded by U.S. taxpayers’ money. The Environmental Protection Agency, the Food and Drug Administration, the National Toxicology Program, and the U.S. Department of Agriculture are just a few of the government agencies that subject animals to crude, painful tests.

The federal government and many health charities waste precious dollars from taxpayers and well-meaning donors on animal experiments at universities and private laboratories, instead of supporting promising clinical, in vitro, epidemiological, and other non-animal studies that could actually benefit humans.

Animal Experiments Throughout History: A Century of Suffering

PETA created an interactive timeline, “Without Consent,” featuring almost 200 stories of animal experiments from the past century to open people’s eyes to the long history of suffering inflicted on nonconsenting animals in laboratories and to challenge people to rethink this exploitation. Visit “Without Consent” to learn more about harrowing animal experiments throughout history and how you can help create a better future for living, feeling beings.

Each of us can help prevent animal suffering and deaths by buying cruelty-free products, donating only to charities that don’t experiment on animals, requesting alternatives to animal dissection, demanding the immediate implementation of humane, effective non-animal tests by government agencies and corporations, and calling on our alma maters to stop experimenting on animals.

With the help of our members and supporters, PETA works globally to expose and end the use of animals in experiments. Some of our efforts include the following:

This multifaceted approach yields scores of victories or animals imprisoned in laboratories every year. 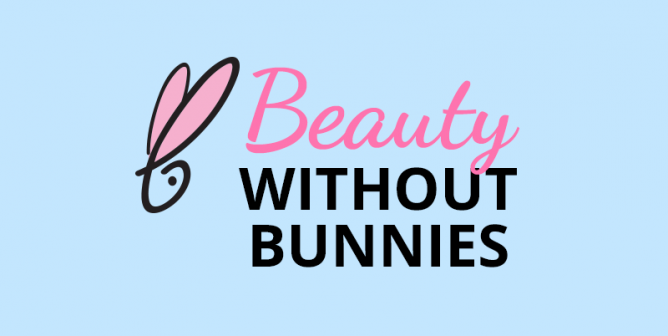 PETA’s Beauty Without Bunnies program is the ultimate resource for conscientious shoppers, making the quest for cruelty-free products as easy as pie. 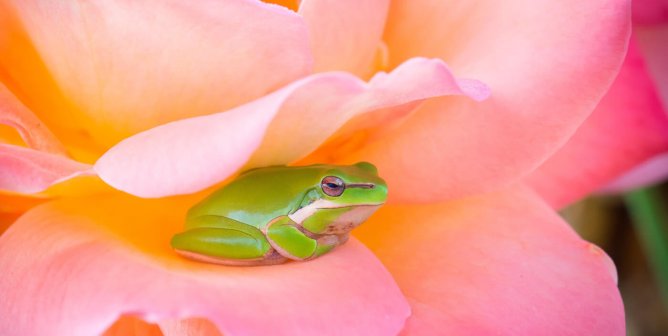 Say ‘No!’ to Animal Dissection

Stand up for your rights in five easy steps! 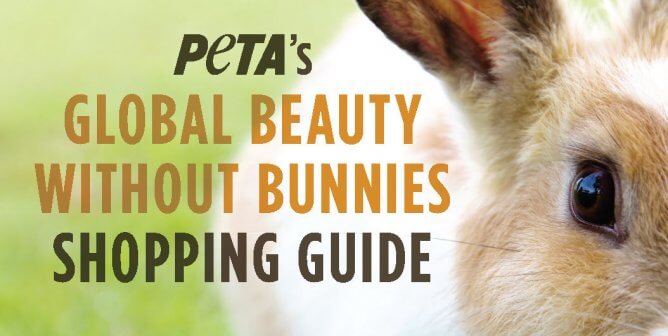 Take PETA’s Shopping Guide along with you next time you head to the store! Our handy guide will help you find humane products at a glance. 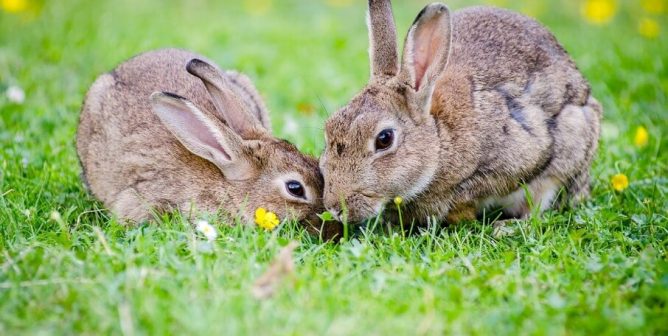 Pledge to Be Cruelty-Free

Sign the pledge and joining the thousands of caring consumers who refuse to purchase products from corporations that abuse animals. 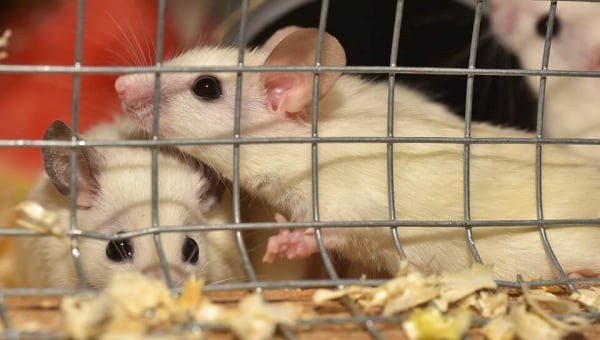 More than 100 million mice and rats are killed in U.S. laboratories every year.

Mice and Rats in Laboratories 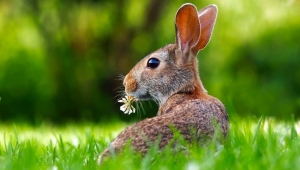 Rabbits are popular victims of vivisectors because they are mild-tempered and easy to handle, keep, and breed. More than 66,000 dogs are forced to endure excruciating experiments in U.S. laboratories every year. 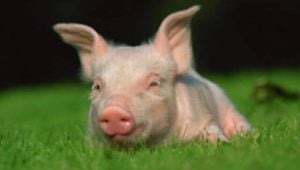 More than 57,000 pigs are used in non-agricultural experiments in U.S. laboratories every year. 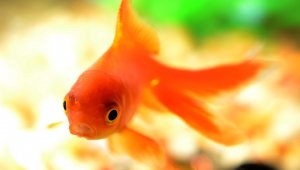 Each year, millions of feeling, intelligent fish are confined, abused, and killed in cruel experiments in laboratories around the world. 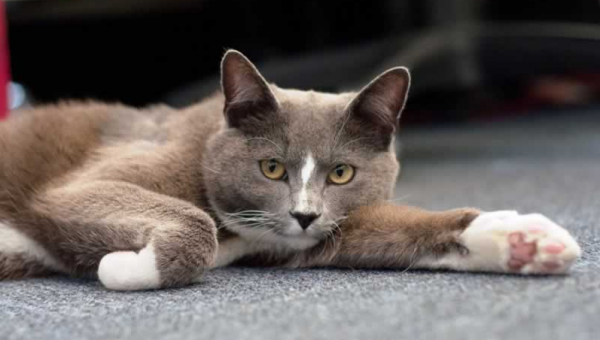 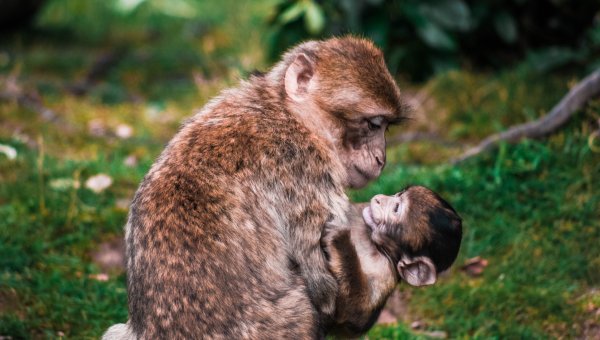 Every year in the United States, more than 50,000 primates are used in gruesome, painful, and often pointless experiments which few survive. 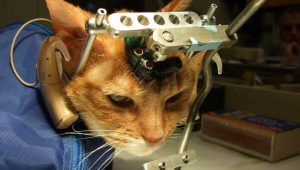 Whistleblowers have been instrumental in revealing neglect, carelessness, and mistreatment at scores of laboratories.

Report Cruelty in a Lab 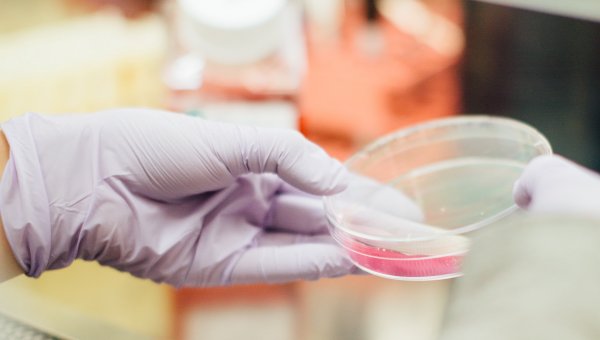 The most significant trend in modern research in recent years has been the recognition that animals are rarely good models for the human body. 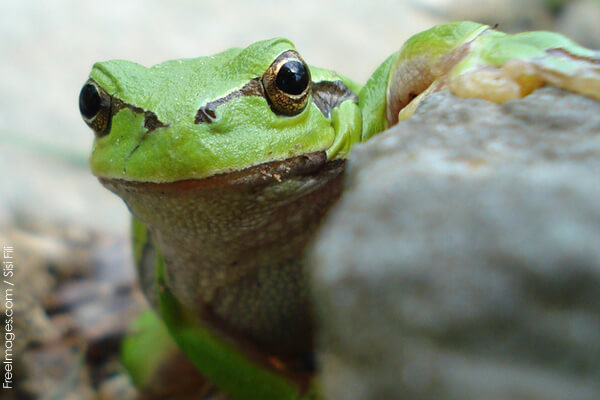 Animals in Education and Training 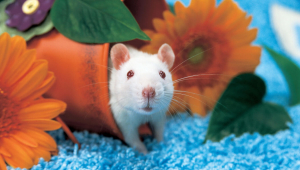 As hard as it is to believe, some personal care and cleaning product companies still conduct cruel, unnecessary experiments on animals.

The OECD works to promote international consistency in many areas, including the testing, labeling, and regulation of chemicals.

Organisation for Economic Co-operation and Development 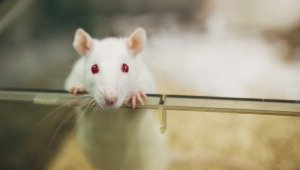 Millions of animals are used in medical experiments each year, many of which are funded by taxpayer dollars and charitable donations. Learn the truth about these experiments. 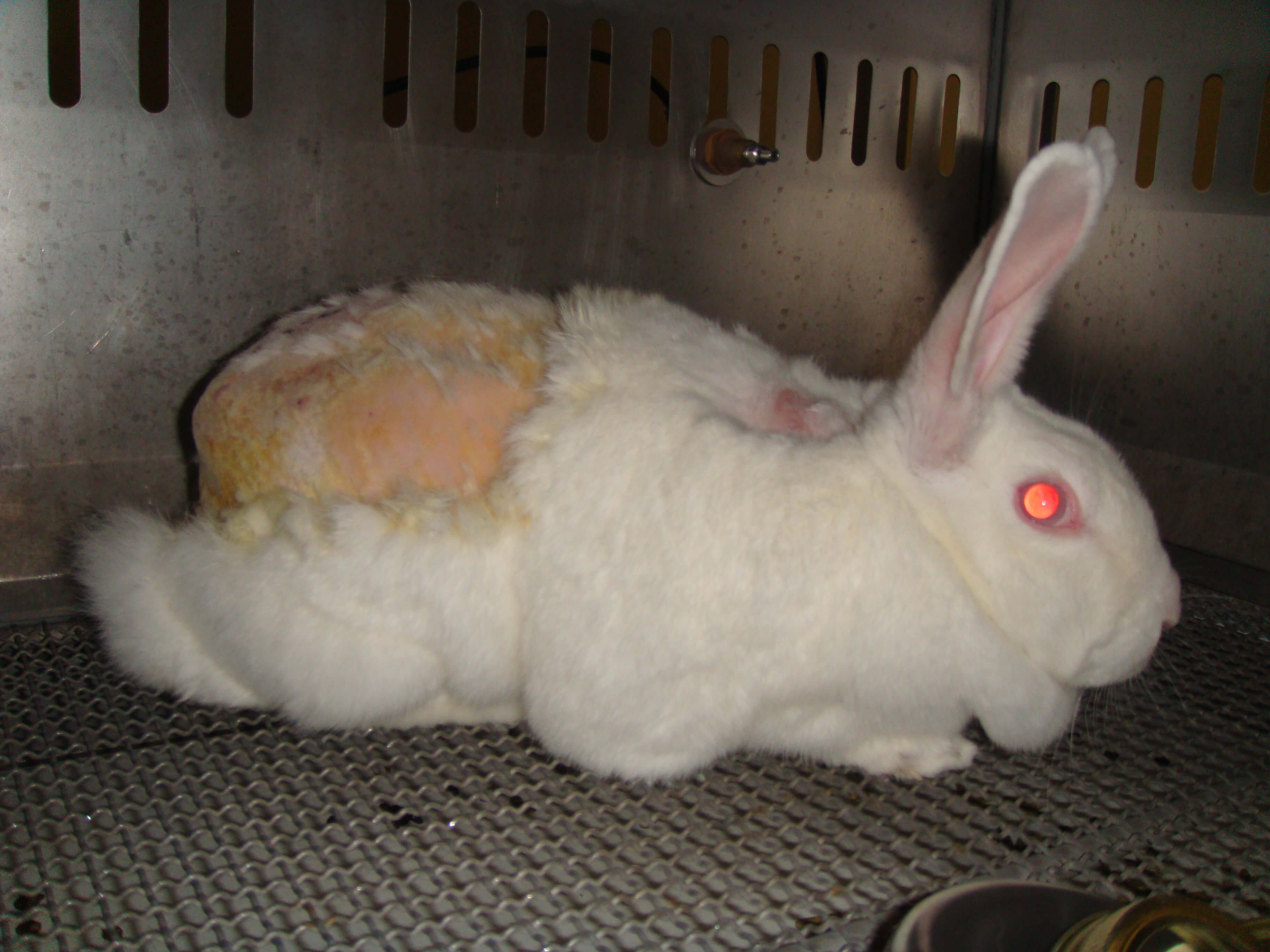 Animal experimenters want us to believe that if they gave up their archaic habit, sick children and other victims would drop dead in droves. 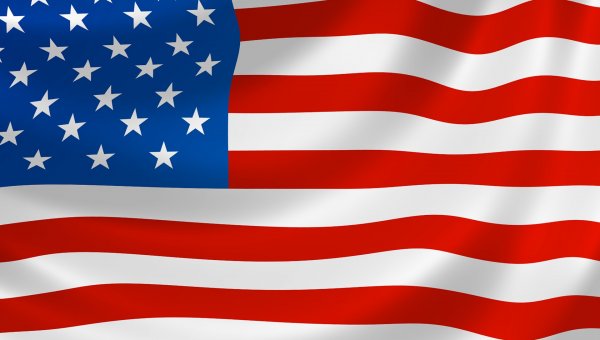 Regulatory agencies in the U.S. and elsewhere in the world require chemicals, pharmaceuticals, and many other products to be tested for toxicity. 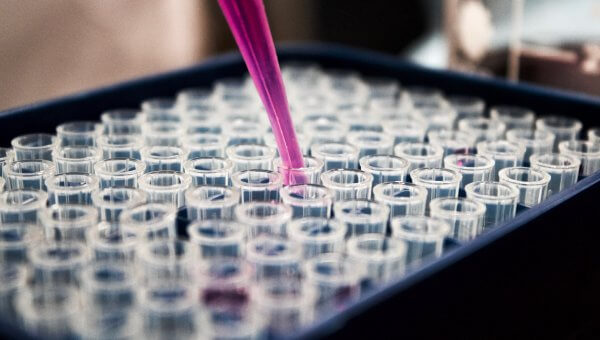 PETA has purchased shares in companies where the inhumane treatment of animals has been brought to our attention. 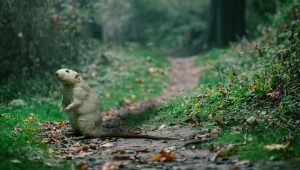 It's the 21st Century: Do you know where your favorite environmental organization stands on animal testing? Learn more. 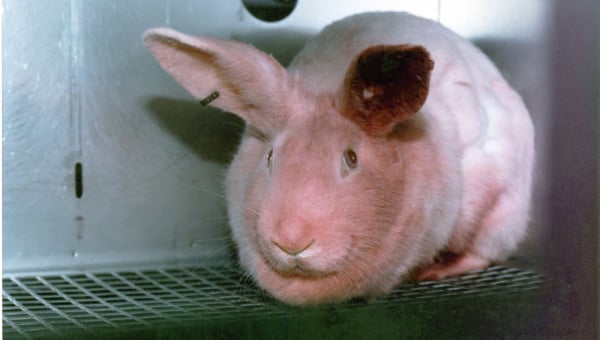 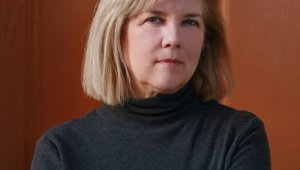 Kathy Guillermo As senior vice president of Laboratory Investigations, Kathy Guillermo heads up the organization’s work to end the use of animals in nonrequired experiments. Some of her major victories include pressuring NASA to scrap plans to irradiate monkeys, persuading the U.S. military to end all chemical-casualty training on monkeys, ending the Coast Guard’s shooting... Read more »