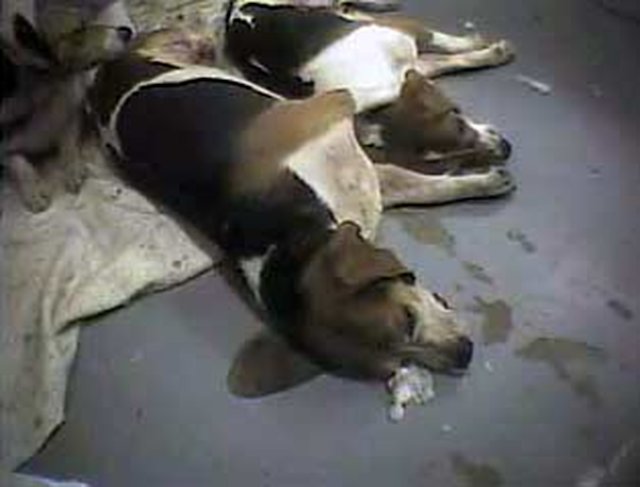 Dogs’ status as “man’s best friend” offers them no protection from being locked in lonely cages and forced to endure excruciating experiments. Almost 65,000 dogs are tormented in U.S. laboratories every year.

PETA’s undercover investigation inside the laboratories of the University of Utah revealed that the school was purchasing homeless dogs and cats from local shelters for use in invasive, painful, and often deadly experiments. Following a vigorous PETA campaign, the university announced that it would no longer obtain animals from shelters, effectively ending pound seizure in the state of Utah. 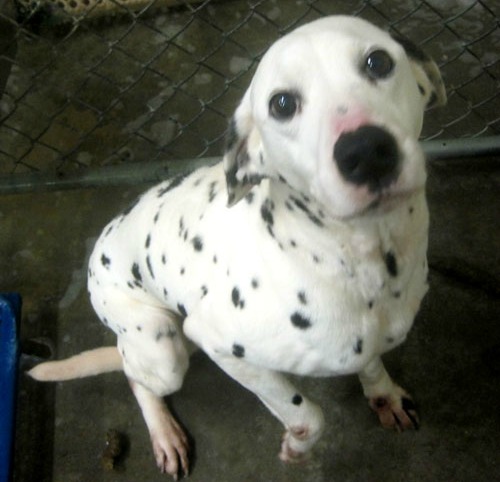 Dogs are still used in toxicology studies. In these experiments, animals are force-fed large doses of a substance (for example, a pesticide) that can slowly poison them. 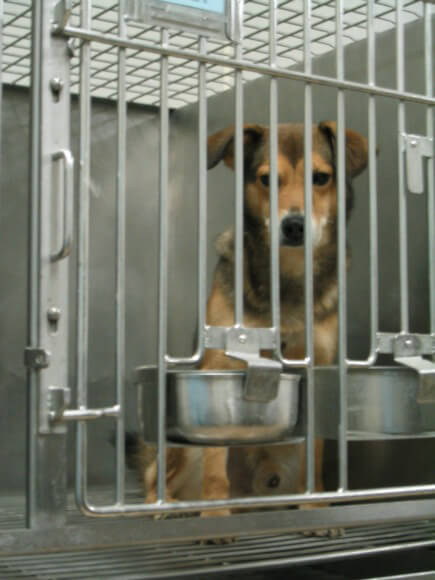 A PETA undercover investigation of Professional Laboratory and Research Services (PLRS), a contract testing laboratory, revealed sickeningly abusive treatment of dogs and cats used to test insecticides and other chemicals used in companion-animal products. Dogs at PLRS spent years in cages, either to be used repeatedly in tests or to be kept infested with worms for some future study. They endured bloody feces, worm infestations, oozing sores, abscessed teeth, hematomas, and pus- and blood-filled infections without receiving adequate veterinary examinations and treatment. One week after PETA exposed the abuses at PLRS and filed its complaint with federal authorities, PLRS was shut down. 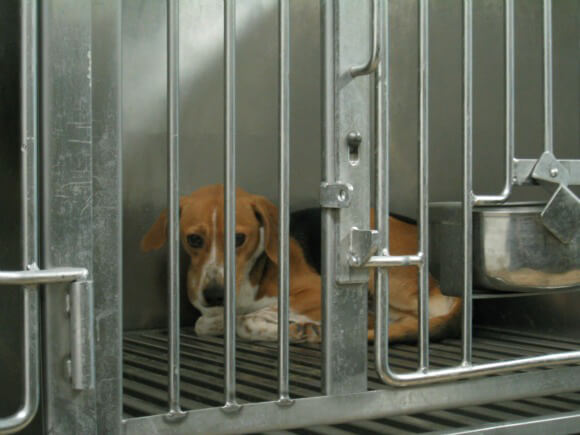 Dogs are also abused in human-disease studies, including studies of heart and hormonal disorders. At Ohio State University, vivisector George Billman forced surgically manipulated dogs to run on a treadmill until they collapsed from a heart attack. The dogs were killed, and the damage to their heart tissue was studied.

In a violent experiment at the University of Pennsylvania, puppies were bred to have a degenerative eye disease that culminates in blindness. During the study, 3-week-old beagles had their eyes cut out and were killed.

You can help. Please ask the U.S. Food and Drug Administration—which currently requires that new pharmaceuticals be tested using crude and cruel tests on animals, including dogs—to accept superior non-animal methods in place of archaic and unreliable animal tests.