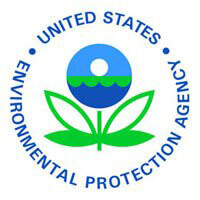 The U.S. Environmental Protection Agency (EPA) is tasked with protecting human health and the environment through research, monitoring, setting standards, and enforcement. Its Office of Chemical Safety and Pollution Prevention, which includes the Office of Pesticide Programs and the Office of Pollution Prevention and Toxics (OPPT), focuses on evaluating the potential risks posed by pesticides and industrial chemicals, and its Office of Research and Development conducts research and develops test methods to inform risk management decisions.

The agency has historically relied on the results of tests on animals to establish “acceptable” chemical-exposure levels for humans, and millions of animals have been killed in these tests. However, the EPA and other regulatory agencies are shifting toward the use of more reliable, non-animal testing, driven by a need to accurately and rapidly assess the thousands of chemicals that humans and the environment are exposed to on a daily basis.

In 2019, the EPA released a Work Plan (which was updated in 2021) outlining concrete steps the agency would take to reduce toxicity testing on animals and prioritize non-animal testing methods. Even prior to the 2019 Work Plan, the EPA took steps to adopt the approach outlined in the landmark 2007 National Academy of Sciences report “Toxicity Testing in the 21st Century: A Vision and a Strategy,” which presents a strategy for moving away from animal testing and toward cell-based and molecular (non-animal) approaches and the use of computational science. This shift is grounded in the capability of modern, non-animal methods to assess chemicals and chemical mixtures more reliably and rapidly than animal testing does and thereby better protect humans and the environment.

The EPA has already made progress in adopting methods that reduce its reliance on animal tests and allow it to make better-informed decisions regarding the potential risks of chemical exposure. For example, in 2018 the EPA released a draft science policy on the use of non-animal approaches to skin allergy testing that have been shown to be equivalent or superior to animal tests in predicting human outcomes. In another project, EPA and PETA scientists—as well as other experts—coauthored a publication showing that test methods that don’t involve applying chemicals to the eyes of live rabbits in order to assess eye irritation were as, if not more, relevant to humans than animal tests and that their results were more consistent.

The EPA also developed guidance documents to allow decisions to be made based on chemical properties and other factors, rather than relying solely on animal tests. In addition, its ToxCast program applies high-throughput, non-animal screening methods and computational toxicology approaches to prioritize chemicals rapidly for further study and to reduce the number of animals used.

In addition, the 2016 passage of the Frank R. Lautenberg Chemical Safety for the 21st Century Act—which falls under the purview of OPPT—contributed to the modernization of testing industrial chemicals. This amendment to the outdated Toxic Substances Control Act requires that the agency develop, prioritize, and use non-animal testing methods before toxicity tests on animals are considered.

To help build a world in which toxicity tests better protect humans and the environment—and one in which modern methods, instead of millions of animals, are used to test chemicals—PETA scientists will continue collaborating with the EPA and other scientists on strategies to implement non-animal testing.