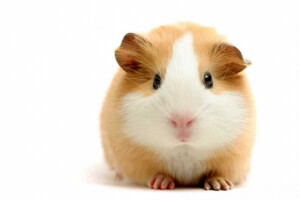 Substances that are phototoxic react to light while in the body,  especially in the skin, and cause damage to cells and tissues. Phototoxic reactions can look like a bad sunburn, with visible redness, rash, and swelling. Over time, phototoxicity can cause changes in skin color and even skin cancer. But it’s not just the skin that’s at risk. Cells in the eye that are responsible for vision, for instance, can also be damaged, leading to cataracts and other problems.

Phototoxicity is mainly a concern with regard to drugs that are either ingested or applied directly to the skin. The only regulatory agency in the U.S. that routinely requires phototoxicity studies is the Food and Drug Administration (FDA).

Animals including mice, rats, rabbits, and guinea pigs are most commonly used in phototoxicity tests, but other species are used as well. Animals are administered the test substance and subsequently exposed to light for a specific amount of time. Since there are no official phototoxicity test methods, the ones that are used vary. In one common approach, mice are isolated inside boxes and exposed to light—including ultraviolet radiation—from a sun-like lamp approximately six inches away from their backs for four hours and observed for signs of tissue damage. There’s no requirement that they be given painkillers during or after the exposure to light, even if burns are visible.

Despite years of use, animal-based phototoxicity studies have never been properly validated to establish their relevance to people or even made into a standardized test guideline. In fact, the only internationally recognized guideline for phototoxicity studies is the non-animal, cell-based test described below.

In Europe, the 3T3 neutral red uptake (NRU) phototoxicity test was developed and validated to show its applicability and relevance to humans and has since been accepted at the international level as a total replacement for animal-based phototoxicity studies.

In this test, cells from the 3T3 cell line are exposed to a test chemical in both the presence and the absence of light. Photocytotoxicity is evaluated by the relative reduction in viability of cells exposed to the chemical in each of the two circumstances, which is measured by the degree to which they’re able to absorb the neutral red dye.

Although the reliability and relevance of the 3T3 NRU phototoxicity test have been established through rigorous inter-laboratory validation studies overseen by the European Centre for the Validation of Alternative Methods and this method has been accepted as an official test guideline of the Organisation for Economic Co-operation and Development, the FDA and the National Institute of Environmental Health Sciences continue to rely on animal testing in many instances to assess the phototoxic potential of new drugs.