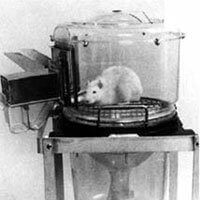 Regulatory agencies, such as the U.S. Environmental Protection Agency and the U.S. Food and Drug Administration, require companies to conduct skin absorption studies on certain chemicals before they are brought to market. These studies estimate a chemical’s capacity for penetrating the skin.

In the animal tests, the backs of live rats are shaved and a chemical is smeared on them. At different intervals after the chemical exposure, some of the animals are killed and their skin, blood, and excrement are analyzed.

Despite years of use, these animal tests have never proved relevant to humans, and it’s well known that the differences in rat skin and human skin mean that chemicals pass through them at different speeds.

By using skin cells, researchers are able to measure the passage of a chemical into and through the skin without using live animals. A 2021 study showed that the human skin cell test for skin absorption often provides estimates that are more human-relevant than are those resulting from studies on live animals.

The reliability and human relevance of non-animal skin absorption tests have been thoroughly established through a number of international expert reviews, and these methods have been accepted as an official test guideline to be used internationally.