How Do You Know You’re Vegan?She loves meat, so she never saw it coming. Her mom’s reaction is perfect! #TheYearOfVegan

Posted by PETA (People for the Ethical Treatment of Animals) on Thursday, January 21, 2016

Look around you: 2016 is the year of the vegan. Even if you’re not vegan, chances are you know someone who is, or you’ve seen vegan items on the menu at your favorite restaurants. The world is waking up to the fact that products derived from animals not only cause suffering but also create sickness and are completely unnecessary given today’s modern alternatives. There are many reasons why 2016 is #TheYearOfVegan. Check out the list below, and join the growing community that is choosing healthy, delicious, and sustainable vegan options in 2016!

1. No one wants animals to be tortured.

Internet searches about vegans and veganism have skyrocketed in recent years, reflecting the huge growth in the number of people who want to end the cruel killing of animals by the meat and dairy industries. In fact, according to Google, searches for the term “vegan” increased by 32 percent just in the past year alone! Other top Google search results included people asking what foods are vegan, how to go vegan, and what the difference is between vegetarians and vegans.

In October 2015, the World Health Organization (WHO) confirmed what the Physicians Committee for Responsible Medicine has said for a long time: that eating bacon, hot dogs, ham, and other processed meats causes cancer.

The WHO findings put processed meats in the same category of cancer risk as cigarettes and asbestos. The report further noted that red meat—including beef, pork, veal, and lamb—is also likely carcinogenic.

3. The demand for vegan food has never been higher.

A new all-vegan restaurant called by CHLOE. opened in Manhattan’s West Village in 2015 and, less than a year later, is set to open two more locations in SoHo and the Flatiron District. You could say Chef Chloe Coscarelli, who earned her vegan badge of honor with three cookbooks and a win on the Food Network’s Cupcake Wars, is “killing it”—without killing animals.

Other exciting new vegan dining options include an excellent vegan restaurant by Moby called little pine and the expansion of vegan fast-food joint VeganBurg from Singapore to California. And these new restaurants make up just a fraction of the more than 14,000 vegan or vegan-friendly restaurants and health food stores across the U.S.

4. Everyone wants to live longer.

As evidenced by the success of the Meatless Monday movement, even meat-eaters are indulging in delicious and naturally cholesterol-free vegan foods. According to a recent survey, 36 percent of people prefer dairy alternatives, and as many as 41 percent of Americans reduced their meat consumption in the last 12 months.

The number of dedicated vegans and vegetarians is skyrocketing as well. Millennials, in particular, are more interested in the ethics of their food choices than any other group. One study by the Hartman Group found that 12 percent of Millennials report “often going vegetarian.”

5. Governments are waking up.

Even politicians are beginning to recognize the positive impact of giving up animal-derived products. The following examples are from just this past year:

6. Grocery stores have caught on, too.

And we’re not just talking about fruits and veggies. The vegan food selection at grocery stores has become something to marvel at—with meatless meat, nondairy milks, and vegan cheeses lining the shelves of popular stores, including Ralphs, Target, Trader Joe’s, Whole Foods, IKEA and others. Target also has a great selection of cruelty-free vegan makeup and hair products for when you want to feel fabulous without supporting the cruelty of animal testing.

7. Vegan cheese is the next big thing. 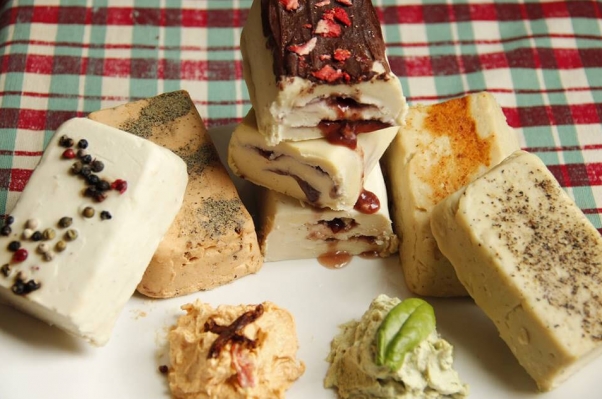 For many considering the switch to vegan living, giving up cheese may be the final frontier. Vegans have long known about delicious nondairy cheeses, but now Food & Wine has predicted that vegan cheese will go mainstream and become a mainstay of the cheese world in 2016, given the introduction of gourmet nut cheeses by companies such as Dr. Cow, Miyoko’s Kitchen, Vtopian, and Treeline. Vegan entrepreneurs are also seeing great success with groundbreaking vegan cheese shops like Vromage in Los Angeles and Riverdel in Brooklyn. It’s only a matter of time before there are more! 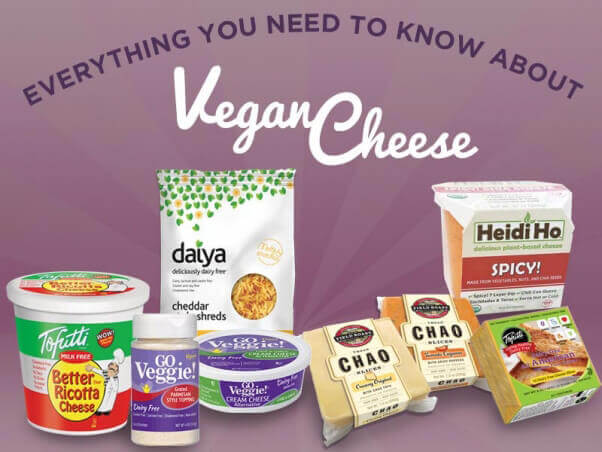 Grocery stores have long offered vegan cheeses to the public, but the selection has exploded in the past year with new Follow Your Heart, Kite Hill, Chao, and other vegan cheeses. Several major pizza chains have even added vegan cheese and vegan meats as options for their customers.

8. Ben & Jerry’s is getting down with dairy-free. 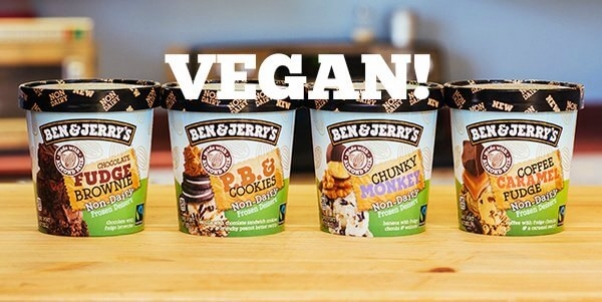 9. People are scrambling to try the VeganEgg. 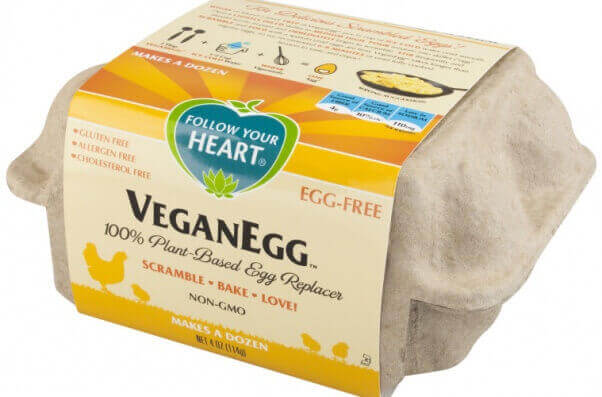 Follow Your Heart, PETA’s 2015 Company of the Year, recently launched the VeganEgg, to great acclaim. It’s an algae-based egg replacer that responds like real eggs: You can cook scrambled eggs, omelets, and quiches—and bake cakes, cookies, muffins, and much more. Follow Your Heart and various retailers are scrambling to keep up with the demand.

10. Even fast-food chains are going vegan. 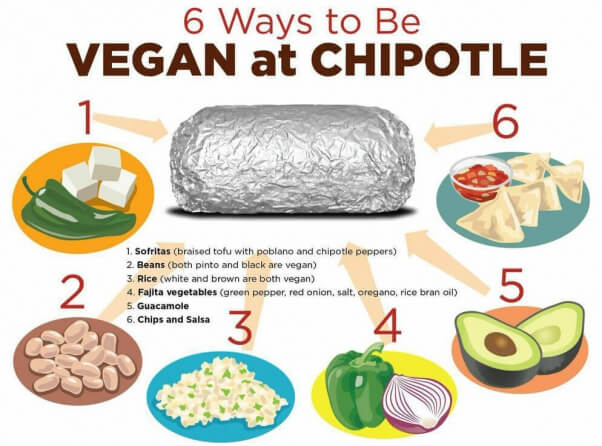 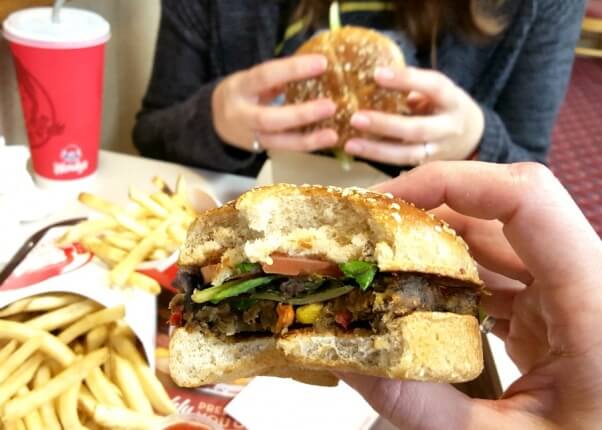 This year, Wendy’s is looking to follow suit as it begins to roll out its very own vegan-friendly black-bean burger in select cities.

11. And their CEOs are jumping ship, too!

The future of the food industry is vegan, and even the fast-food executives know it. Former McDonald’s CEO Don Thompson left the chain in 2015 before joining the board of directors at the innovative vegan meat company Beyond Meat.

12. People are going loco for the #TacoCleanse.

The Taco Cleanse, a comedic vegan cookbook that presents plant-based tacos as a tool for better health, took the Twitterverse by storm in January as people searched for tasty ways to achieve their New Year’s resolutions. It’s no surprise that people are flocking to healthier and tastier vegan tacos.

13. Celebrities are celebrating the health benefits of vegan food. 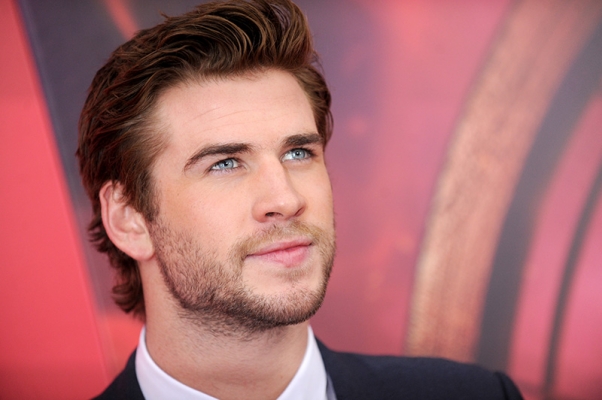 Beyoncé famously worked with vegan nutritionist Marco Borges to slim down for her show-stopping look at the 2015 Met Gala. She was so inspired by the results that they worked together to launch the vegan meal delivery service 22 Days Nutrition. Liam Hemsworth also made the switch to a vegan lifestyle in 2015, telling Men’s Fitness that he made the switch for health reasons and his concern for the treatment of animals. He joins dozens of other vegan celebs, like Ariana Grande, Stevie Wonder, Miley Cyrus, and his Hunger Games co-star Woody Harrelson.

14. Cars are on the road to veganism!

Following an appeal from PETA at Tesla’s 2015 annual meeting, the company launched Model X, its highly anticipated SUV, which is available with a fully vegan interior, including the seats, steering wheel, and gear shift. Model X won the race for a vegan luxury car and joins a pack of 79 other cars that can be purchased without any real leather. 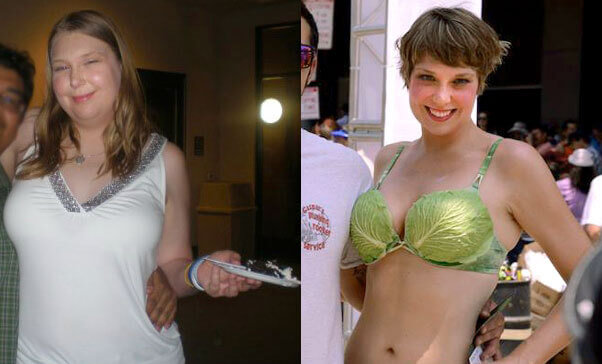 Studies show that those who adhere to a vegan lifestyle have a lower body mass index than that of their meat-eating counterparts, and a recent federal report suggests that vegan eating can help the environment and improve your health. Don’t just take our word for it: Check out these weight-loss success stories.

Make the compassionate choice for animals this year by ditching animal flesh, eggs, and milk, and enjoy the “Year of the Vegan!”