For decades, cancer has remained one of the leading causes of death in the U.S. Despite billions of dollars devoted to cancer research, there is still no cure for this devastating disease. This begs the question—what can we do proactively to reduce the risk of developing cancer?

According to the World Health Organization (WHO), more than 40% of all cancer cases are preventable, and the American Cancer Society reports that one-third of all cancer deaths in the U.S. can be attributed to an unhealthy lifestyle, such as eating habits and a lack of physical activity. Both organizations advise people to eat plant-based foods in order to reduce the risk of developing cancer. Vegan foods—especially fiber-packed grains, beans, fruits, and vegetables—can help ward off cancer through their anti-inflammatory and anti-oxidative effects. Research suggests that people who eat vegan foods are between 25% and 50% less likely to get the disease.

A 2015 WHO report found that bacon, hot dogs, and other processed meats cause cancer and that red meat—including beef, pork, and lamb—is probably carcinogenic as well. An array of studies show that while eating meat increases the risk of breast, prostate, bladder, colon, and other types of cancer, eating plant-based foods may protect against it. For example, according to the landmark book The China Study, an analysis of thousands of people found a connection between increased meat consumption and increased risk of cancer as well as other diseases.1

According to the Mayo Clinic, “[P]lant-based foods, such as fruits, vegetables, legumes, nuts and whole grains, are packed with nutrition. And research has also shown that eating lots of them is linked with lower cancer rates.” The clinic adds that “vegans—those who don’t eat any animal products including fish, dairy or eggs—appeared to have the lowest rates of cancer of any diet.” 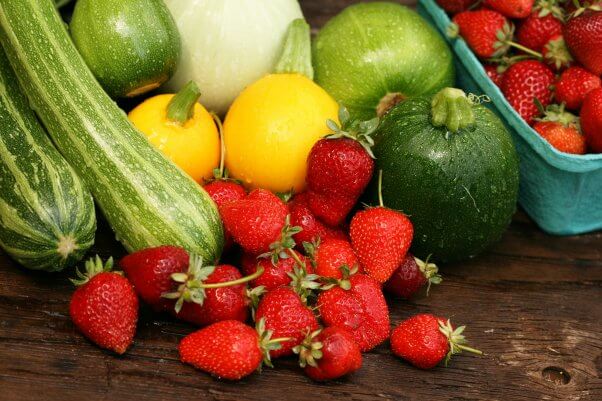 The American Cancer Society states, “Eating well is an important part of improving your health and reducing your cancer risk” and reports that “[a] healthy eating pattern includes …

It’s easy to eliminate meat, eggs, and dairy from our diets and replace them with vegetable proteins that protect our health instead of harming it. Order PETA’s free vegan starter kit and start on the path to a healthier you today.

1Campbell TC, Campbell TM. The China Study: The Most Comprehensive Study of Nutrition Ever Conducted and the Startling Implications for Diet, Weight Loss and Long-Term Health. BenBella Books; 2005.