Starting today, IKEA shoppers can take a break from picking out their new flat-pack furniture and chow down on the international retailer’s famous Swedish meatballs—with a cruelty-free twist. After working with PETA for three years and receiving numerous friendly petitions showing support for vegan options from IKEA fans around the world, the company is officially launching its “veggie ball”—a delicious vegan meatball that’s available at select stores today and will soon roll out to its more than 350 stores, a move that has won IKEA a Swedeist Vegan Meatballs Award from PETA. 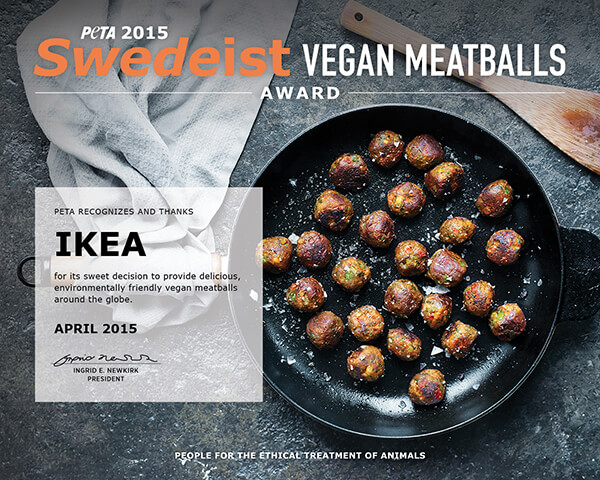 “With the demand for vegan options higher than ever, IKEA’s meat-free meatballs are right on-trend,” says PETA Executive Vice President Tracy Reiman. “PETA works behind the scenes with many retailers and restaurants that are eager to feed diners’ hunger for foods that are healthy, humane, and eco-friendly.” 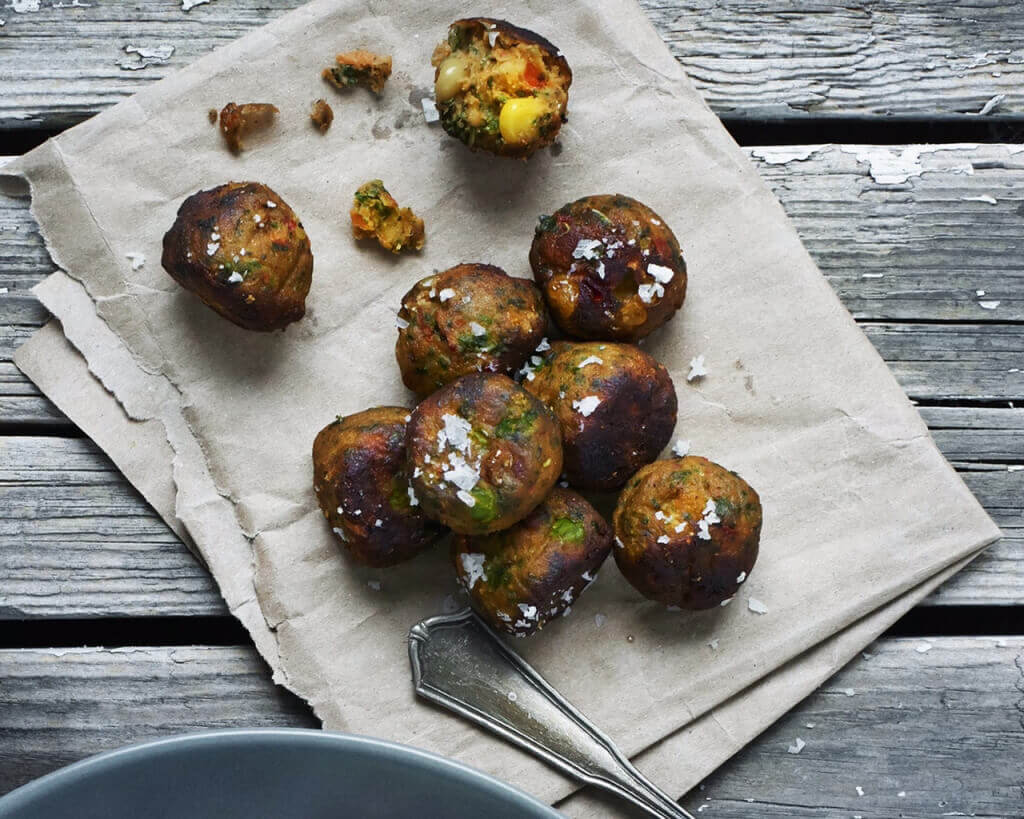 Recent studies reveal that 13 percent of Americans identify as vegan or vegetarian, and in the last year, 31 percent of shoppers said that they’ve bought vegan “meats”—this number rose to 50 percent among millennials. As documented by PETA—whose motto reads, in part, that “animals are not ours to eat”—vegan options spare animals immense suffering. Vegans also have smaller carbon footprints than their meat-eating counterparts, as the meat industry is a major producer of the greenhouse-gas emissions that cause climate change. Animal-free meals give diners’ health a break, too: Vegans are less prone to develop heart disease, diabetes, strokes, obesity, and cancer than meat-eaters are.