For many, 2021 marked the beginning of a return to a new normal. Among the many positive changes that occurred during the year, PETA worked hard to spare animals torment and death in cruel experiments around the world.

And our hard work paid off: From PETA scientists’ promotion of non-animal testing methods globally to decisions by major institutions—like pharmaceuticals giant Amgen and the Hass Avocado Board—to ban tests on animals following our bold actions, we have many major wins to commemorate.

Here are 21 ways PETA took action for animals used in experiments in 2021:

At the 60th annual Society of Toxicology meeting—the largest toxicology conference in the world—PETA scientists accepted an award for their coauthored poster demonstrating that modern approaches to assess potential cancer-causing substances could replace the use of mice and rats in tests. 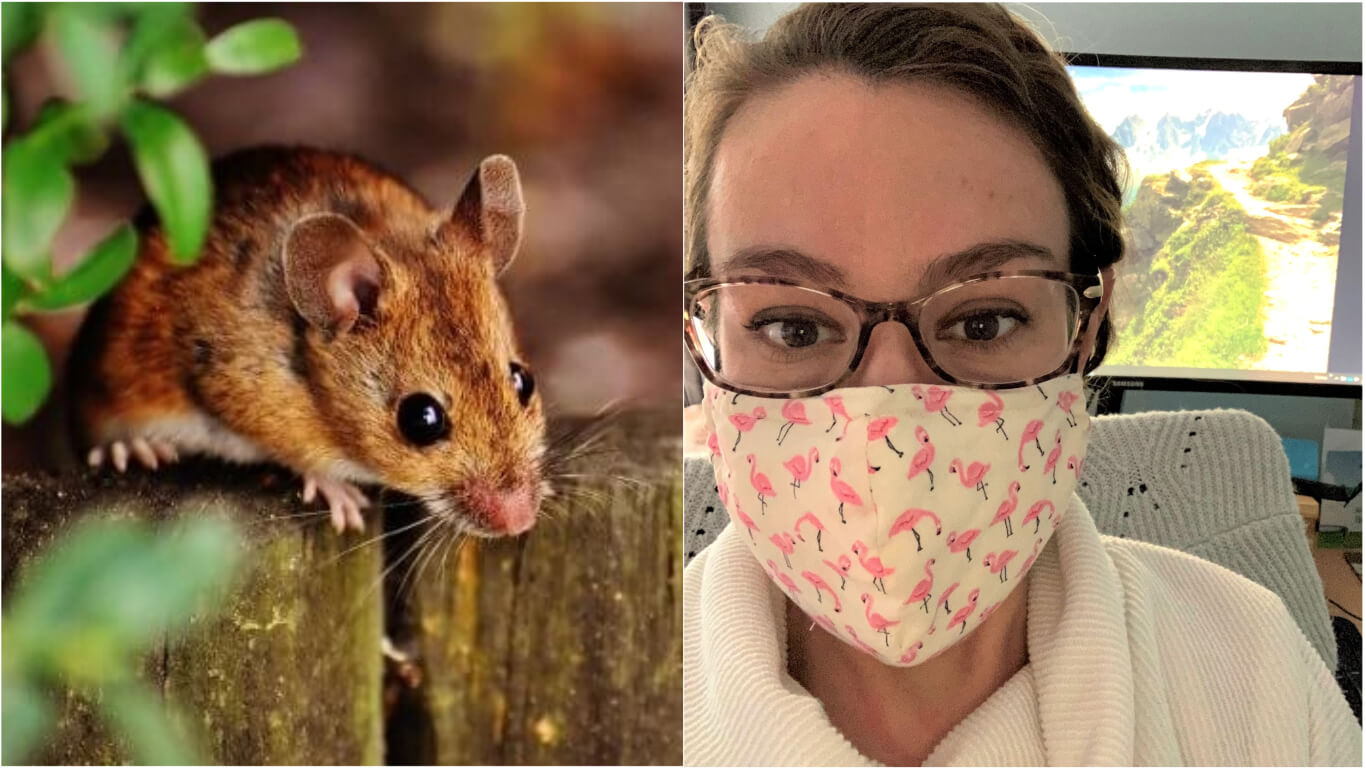 After PETA awarded grants to send non-animal research experts to China in order to provide guidance on replacing animal tests with superior, non-animal methods, the Chinese government announced new regulations that will allow more cruelty-free cosmetics to be sold in the country. Under the new regulations, companies will be able to market most imported “general cosmetics”—like shampoo, body wash, lotion, and makeup—without the formerly required animal testing.

Following passionate calls from PETA and tens of thousands of our supporters, the National Institute on Minority Health and Health Disparities—a branch of NIH—canceled funding for a racist experiment on mice, which involved forcing them to endure “episodic aggression” (a euphemism for forcing them to fight in some way or putting a mouse together with a larger, unknown one who is likely to harm the smaller one) to mimic “structural violence observed in urban [African American] communities.”

Francis Collins—who repeatedly turned a blind eye to the failure of experiments on animals—announced that he is stepping down from his position as director of NIH. This victory followed PETA’s vigorous campaign to have him replaced with a forward-thinking director who embraces modern, non-animal research methods, which included writing to Secretary of Health and Human Services Xavier Becerra, releasing federal documents exposing multiple animal welfare violations at NIH laboratories, and holding colorful protests. 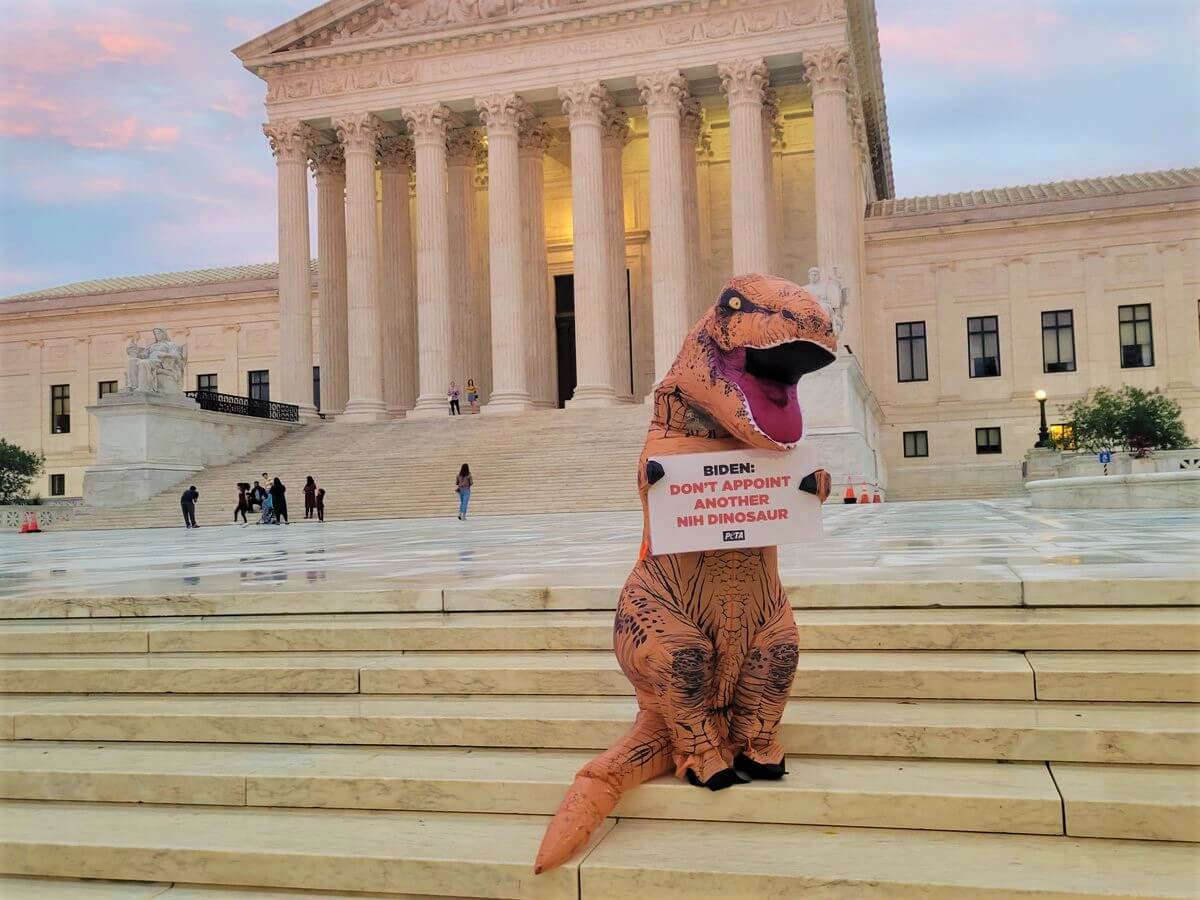 In a first-of-its kind ruling within the Fifth Circuit, the U.S. District Court for the Southern District of Texas denied Texas A&M University’s attempt to dismiss PETA’s lawsuit over the school’s refusal to allow us to place ads on its buses exposing its cruel muscular dystrophy experiments on dogs.

When the European Chemicals Agency (ECHA) insisted that a substance used in washing and cleaning products be tested on animals, PETA scientists provided crucial evidence in an appeal case showing that this substance was no longer being produced in large enough quantities for tests to be legally required under European Union law. The ECHA Board of Appeal agreed with PETA scientists, preventing at least 505 rats and fish from being used in these tests and setting a precedent for future victories.

After receiving a letter from PETA U.S. and PETA Switzerland urging him to prohibit the use of animals in his experiments, Jean-Patrice Keka—the founder of the Congolese aerospace company Développement Tous Azimuts—announced that he wouldn’t send a guinea pig named Galaxionaut into space as previously planned but would instead spare him this terrifying trip. 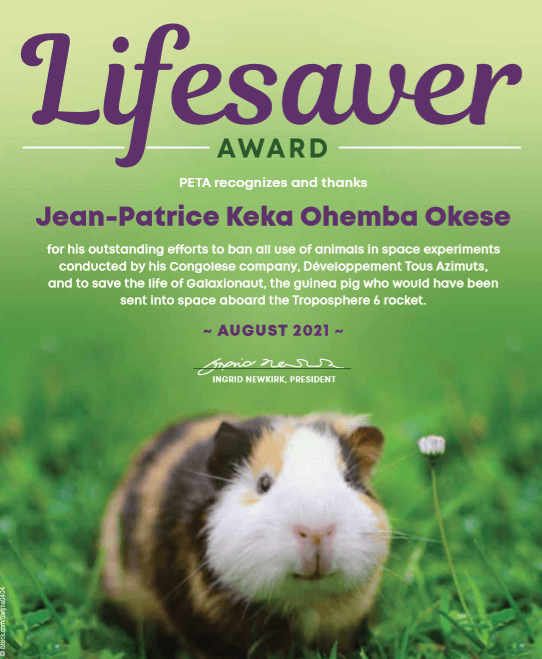 Following requests from PETA and thousands of our supporters, the Taiwan Food and Drug Administration finalized a regulation to remove animal-testing recommendations and requirements for companies wanting to make anti-fatigue health marketing claims about their food and beverage products.

After discussions with PETA, Standard Foods Group—the largest health-food company in Taiwan and a licensee of PepsiCo’s Quaker Oats Company there—became Taiwan’s first major food and beverage company to ban animal tests not required by law, which it previously conducted or funded to make human health claims for marketing its products.

Following PETA scientists’ outreach to biopharmaceutical giant Amgen, the company confirmed it will not use, commission, or fund forced swim tests—in which small animals are often dosed with a test substance, dropped into inescapable beakers of water, and made to swim for their lives.

After hearing from PETA and more than 85,000 of our supporters, the Hass Avocado Board—one of the major agricultural commodity research and promotion boards that’s overseen by the U.S. Department of Agriculture—adopted a new public policy stating that it “does not support, fund, or conduct animal research.”

PETA scientists from Europe, India, and the U.S. presented to researchers and regulators from around the world at the 11th World Congress on Alternatives and Animal Use in the Life Sciences, covering topics such as PETA’s Research Modernization Deal, the scientific benefits of using antibodies not derived from animals, and replacing the use of fish, mice, and rats in toxicity studies.

Following recommendations from PETA India, the Bureau of Indian Standards—the national standards body of India—replaced a lethal test on guinea pigs used to detect anthrax in animal feed with a modern, non-animal one, which will spare the lives of countless guinea pigs.

In partnership with MatTek Life Sciences and MedTec Biolab, PETA Science Consortium International e.V. awarded researchers with an in vitro exposure system and human cell–based three-dimensional tissue models that can replace the use of rats and mice in tests to assess how inhaled chemicals affect the lungs. 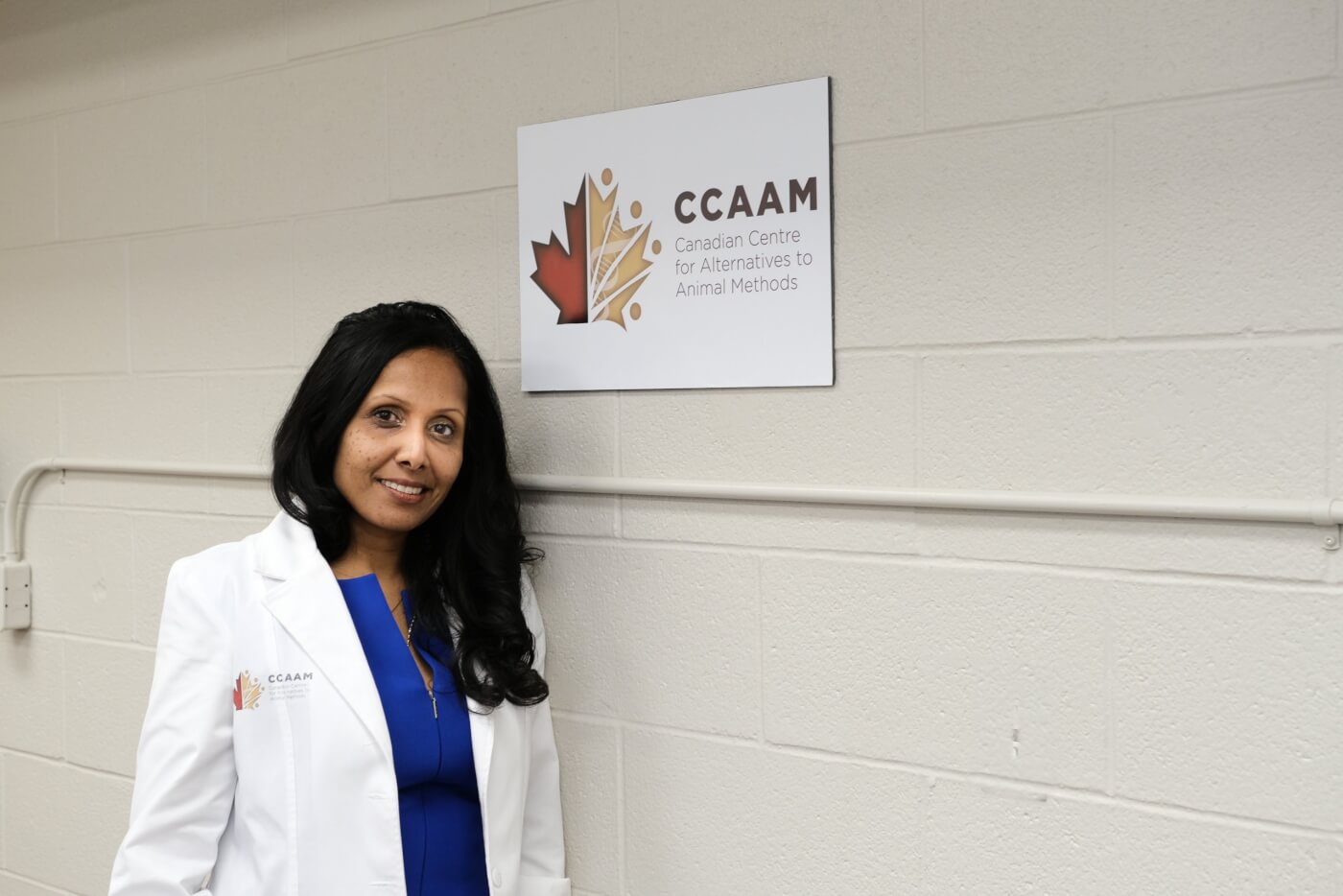 Following talks with PETA, Blommer Chocolate Company—“the largest cocoa processor and ingredient chocolate supplier in North America”—announced that it would “not fund, conduct, or commission animal testing.” This decision came after PETA called out the company for providing products that were used in deadly experiments on at least 172 mice, even though its parent company, Fuji Oil Holdings Inc., had banned animal tests.

Following demands from PETA and nearly 60,000 of our supporters, Uni-President Enterprises Corporation—the largest food company in Asia—banned tests on animals not required by law. The company had conducted or funded at least 17 animal experiments—including one published in 2021—that involved mutilating and killing almost 1,000 animals in attempts to make human health claims for marketing its products, including green tea, milk, and yogurt drinks.

A paper published by PETA scientists, the U.S. Environmental Protection Agency, and other international experts shows that human-relevant approaches can replace tests in which chemicals are applied to the eyes of live rabbits. They found that the methods that don’t use live rabbits were as, if not more, reflective of human biology and that their results were more consistent. The authors concluded that the newer methods should be accepted now to replace the rabbit test, which would prevent an estimated 600 rabbits from being used in pesticide tests each year in the U.S.

Following discussions with PETA, Swire Coca-Cola Taiwan—one of Taiwan’s leading soft-drink manufacturers and the Taiwanese bottling partner of The Coca-Cola Company—banned tests on animals not required by law. The company previously conducted or funded experiments on hamsters—purportedly to make human health claims about its green tea products—in which experimenters starved, killed, and dissected the animals.

Following pressure from PETA, including e-mails from nearly 60,000 of our supporters, Yakult Co., Ltd.—known for its probiotic drinks in Taiwan—banned animal tests not required by law after being formally included in its parent company’s (Yakult Honsha Co., Ltd.) newly updated policy banning such tests.

These are just some of our victories of 2021, and there are plenty more to come in 2022 and beyond. PETA’s Research Modernization Deal outlines a plan to save our fellow animals from laboratories by replacing cruel, ineffective experiments on them with human-relevant research methods.

Help us keep up the good work by urging your congressional representatives to support our Research Modernization Deal: