Obstetrics and gynecology (OB/GYN) medical residents at Aurora Sinai Medical Center in Milwaukee will no longer practice surgical procedures on live animals, following approximately four months of talks between the hospital and PETA. 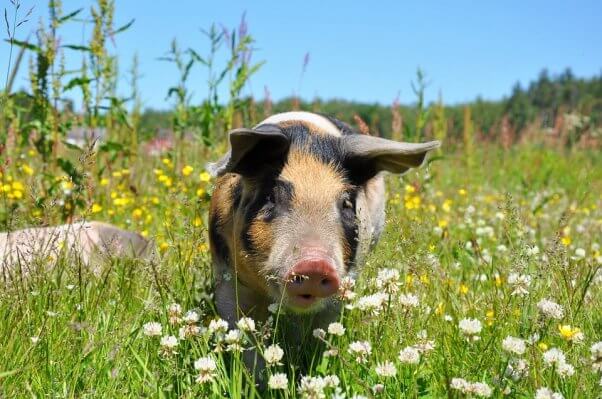 It’s a win-win situation for pigs and patients.

In response to a March 2021 survey from PETA and a Utah physician regarding animal use in OB/GYN residency programs accredited by the Accreditation Council for Graduate Medical Education in the U.S. and Canada, Aurora Sinai Medical Center confirmed that it has been using three live pigs annually for training 13 medical residents in an assortment of female reproductive surgical procedures.

After we discussed and agreed upon the superiority of high-tech human uterus simulation modules, the hospital made the compassionate decision to purchase a number of them for teaching doctors-in-training, which will spare numerous pigs invasive surgeries in the coming years.

“We will no longer be utilizing live animals. Decision is in effect now.”

PETA has contacted more than 300 OB/GYN residency programs in the U.S. and Canada, offering to assist them in their transition to superior, animal-free teaching methods.

Studies show that doctors who learn lifesaving surgical skills on human simulators are more proficient than those who use animals. In 2016, PETA donated an advanced virtual reality surgical system to Rush University Medical Center in Chicago to replace the use of live pigs in that school’s OB/GYN residency training.

PETA makes it quick and easy to take action for animals used in medical training. It only takes a minute using your phone or computer, so what are you waiting for?