Update (July 26, 2022): KEKA Aerospace—a private space agency in the Democratic Republic of the Congo—has publicly confirmed in a tweet chain that a rat named Kavira died last year “because of a failure” aboard the firm’s Troposphere 5 rocket and that the company “will never use animals in [its] research again,” including for its planned Troposphere 6 rocket launch later this year.

The company’s new public policy follows an e-mail from Jean-Patrice Keka—the founder of the Congolese parent company Développement Tous Azimuts (DTA), who has been dubbed the “African Einstein” by the media—to PETA in 2021 announcing “a total ban on the use of animals in DTA’s space experiments” and the sparing of a guinea pig named Galaxionaut, for which PETA awarded Keka its Lifesaver Award (details below).

KEKA Aerospace’s bold, public commitment to scrapping all experiments on animals is a decisive win for humane space flight. It puts the Swiss-backed firm from the Democratic Republic of the Congo on the map as a compassionate innovator in this field. PETA is relieved and happy that no more terrified animals will be locked into capsules, be shot high into the sky, and then die during crash landings for any future launches of the Congolese company’s Troposphere rockets. Animals aren’t astronauts, and PETA congratulates the company’s leader, Jean-Patrice Keka, for jumping light-years ahead into the human-only space race.

Update (August 10, 2021): Great news! After receiving a letter from PETA and PETA Switzerland urging him to prohibit the use of animals in his experiments, Jean-Patrice Keka—the founder of the Congolese company Développement Tous Azimuts (DTA) and dubbed the “African Einstein” by the media—said that he won’t send the guinea pig Galaxionaut into space as previously planned but instead will immediately free him.

Keka added that the capsule for the Troposphere 6 rocket in DTA’s upcoming launch “will be fitted with various sensors which is an alternative method, to achieve the same result without the use of animals.” He also announced “a total ban on the use of animals in DTA’s space experiments.” In recognition of his compassionate and progressive decision, we’re honoring him with a PETA Lifesaver Award. 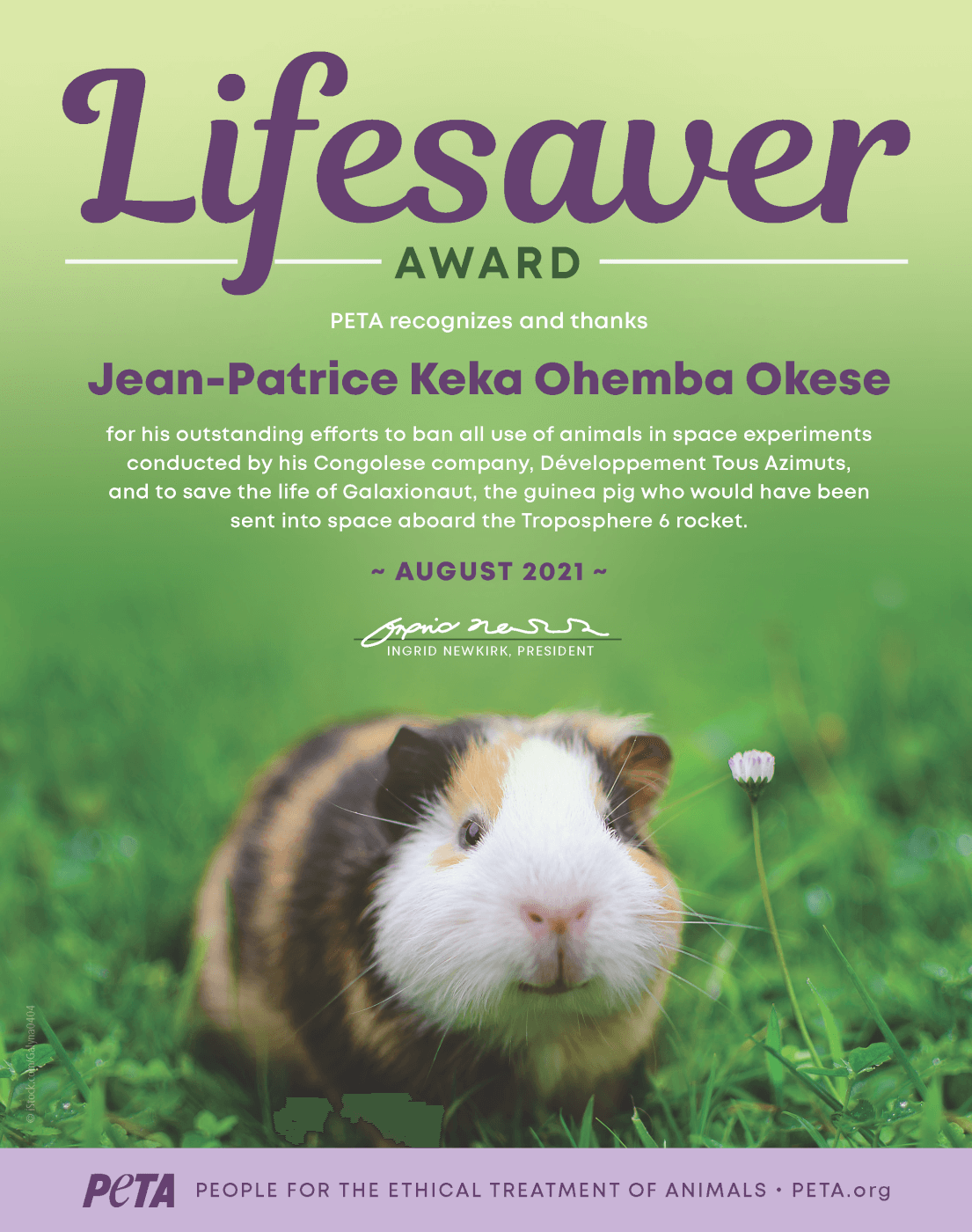 The only thing more pointless than sending billionaires into outer space is sending animals, but an upcoming space launch of Troposphere 6—a shuttle developed for the Congolese enterprise Développement Tous Azimuts (DTA)—will reportedly attempt to go 120 miles into space with a guinea pig named Galaxionaut on board.

PETA is urging DTA to join the human space race by prohibiting the use of animals in experiments and transferring Galaxionaut to an approved animal sanctuary where he can live in peace, instead of enduring a terrifying space flight. 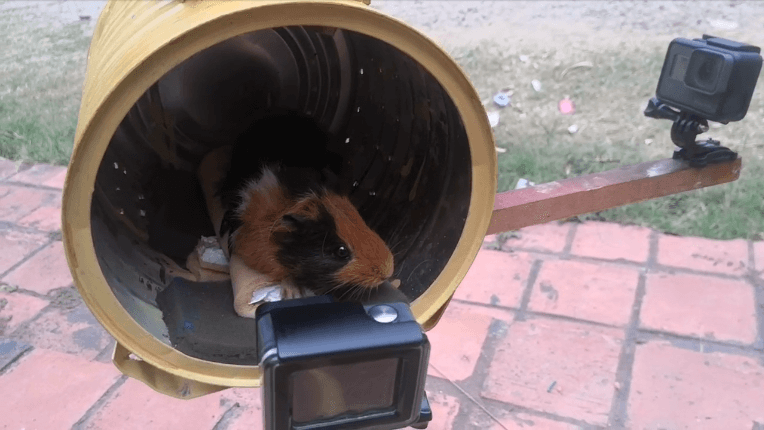 Guinea pigs are social animals who communicate with each other by licking, squeaking, and chirping. They’re also prey animals, so they burrow and hide when they feel threatened. Trapping Galaxionaut alone in a shuttle and launching him into space will undoubtedly be an extremely anxiety-inducing—if not deadly—experience for the guinea pig.

The company has already lost one animal—a rat named Kavira—in a previous launch of Troposphere 5, which smashed into a rock. Kavira was never found and was presumed dead. This never should have happened in the first place, and it shouldn’t happen again.

Get With the (Ethical) Program!

PETA has already persuaded NASA not to support or conduct horrific space experiments with monkeys, and the European Space Agency also rejects monkey experiments for these purposes.

Using animals for research is cruel and useless, and it wastes valuable resources. You can help push science toward humane, human-relevant research methods by supporting PETA’s Research Modernization Deal.