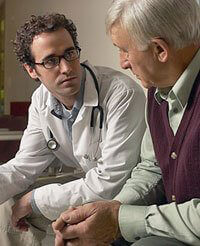 Heart disease is the number one health problem in the United States today, and according to the American Heart Association, it is the single leading cause of death. Most heart disease is diet-related—caused by diets high in animal products.

Meat, eggs, and dairy products are high in cholesterol and saturated fat. (No plant food in the world contains any cholesterol.) As these fatty substances build up inside the walls of arteries as “plaque,” blood flow to all areas of the body is impeded. This artery damage is called “atherosclerosis.” When too little blood reaches various regions of the body, normal bodily functions are impaired, setting people up for a number of diseases, most notably heart disease.

Here’s the good news: Now that we know what heightens the risk of heart attacks, we can take steps to prevent them. Studies have shown that a healthy vegan diet—rich in whole grains, fruits, and vegetables—can stop and even reverse heart disease. People following a plant-based diet have 2.5 times fewer cardiac events, including heart attacks, strokes, bypass surgery, and angioplasty.

William Castelli, M.D., director of the Framingham Heart Study, the longest-running clinical study in medical history, says of the heart disease epidemic, “If Americans adopted a vegetarian diet, the whole thing would disappear.” Castelli told PBS that Americans have been “brainwashed to eat meat.”

A major study published in February 2005 reconfirmed the link between animal products and heart problems. The study, which was published in the American Journal of Epidemiology, concluded that among the 29,000 participants, those who ate the most meat were also at the greatest risk for heart disease. The researchers also reported that a high intake of protein from vegetable sources such as tofu, nuts, and beans lowers our risk of heart disease by 30 percent. Dr. Linda E. Kelemen, the scientist who headed the study, told reporters, “Not all proteins are equal”—while vegetable protein can help keep our hearts healthy, eating animal protein can put us in an early grave.

Order PETA’s free vegetarian/vegan starter kit and start on the path to a healthier you today.