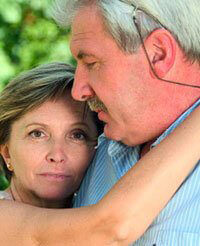 All the cholesterol and saturated fat in animal products can also clog the arteries supplying blood to your brain, which can lead to strokes. Strokes are the fourth leading cause of death in the United States—after heart disease, cancer, and chronic lower respiratory diseases. Strokes kill around 130,000 Americans every year—that’s one person every four minutes.

Vegetarians and vegans also tend to have significantly lower blood pressure than meat-eaters do, which makes them far less likely to suffer from strokes. Researchers who tracked 72,000 women over a period of 14 years have confirmed that those who adhered to diets rich in fruits, vegetables, and grains were less likely to suffer from strokes in comparison with those who ate the typical American diet, heavy with meat, dairy products, and eggs.

Order PETA’s free vegan starter kit and start on the path to a healthier you today.