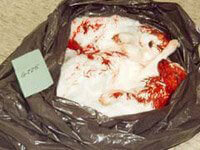 On June 17, 1999, the U.S. House of Representatives held its first congressional oversight hearings of the High Production Volume (HPV) chemical-testing program. An occupational safety and health expert testified on behalf of People for the Ethical Treatment of Animals and eight other animal protection organizations, and the president of the Physicians Committee for Responsible Medicine testified on behalf of his organization and three others before the Subcommittee on Energy and Environment. It was the first time that the Environmental Protection Agency (EPA) was forced to go on the public record regarding the program it had tried to keep quiet in order to bypass normal government channels. It was also the first time that animal protection advocates had a chance to get their concerns about the program on the public record.

Members of the subcommittee criticized the EPA’s lack of public notice and failure to apply sound scientific reasoning to the program. They urged the EPA to promote non-animal test methods and to respond to public and congressional inquiries in a timely fashion. They raised concerns about the EPA’s willingness and ability to put the data generated to meaningful use. Stated subcommittee chair Ken Calvert: “It might be better to go back to the drawing board on the HPV program; spend a little bit more time and apply some well-considered, sound science to design a better chemical testing program. That would certainly be better than unnecessarily and cruelly killing test animals.”

Click here to read the testimony presented by PETA.

Click here to read the testimony presented by the Physicians Committee for Responsible Medicine.