A project taking the first steps toward ending the use of horses to treat diphtheria has succeeded.

Funded by the PETA International Science Consortium Ltd. and carried out at the Institute of Biochemistry, Biotechnology, and Bioinformatics at the Technische Universität Braunschweig in Germany, the project created fully human-derived antibodies capable of blocking the poisonous toxin that causes diphtheria. The results of the research were just published in Scientific Reports (a Nature research journal) and covered today in an article in Science.

Diphtheria is a potentially deadly infectious disease causing severe respiratory distress and damage to vital organs. For more than 100 years, the main method of producing the antitoxin to treat it has been to inject horses repeatedly with the diphtheria toxin and then drain huge amounts of their blood in order to collect the antibodies that their immune systems produce to fight the disease. Not only does this animal-derived antitoxin have the potential to cause serious allergic reactions in patients who receive it, global health authorities also report having difficulty acquiring sufficient stockpiles of it to respond quickly to diphtheria outbreaks. 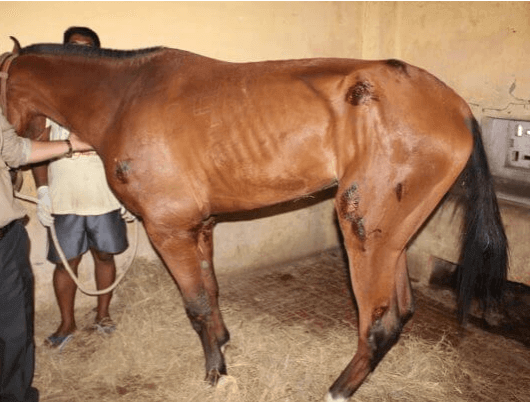 Rather than using horses, the researchers involved in this project used human blood cells to generate human-derived antibodies that block the diphtheria toxin. The Science Consortium is now working with its research partners to ensure that the non-animal antitoxin is developed into a medicine that will be used to treat this menacing disease more reliably and safely without causing a single horse to suffer. The Science Consortium is already working on its next target—replacing the use of horses to make a treatment for black widow spider bites—and won’t stop until animals are no longer used to make these drugs.