The greyhound racing industry treats dogs like machines. For the few minutes that they spend on a track during a race, they spend up to 23 hours a day confined to a cramped cage or kennel. According to GREY2K USA Worldwide, an average of between 500 and 1,000 dogs are required in order to operate a racetrack. They start racing at 18 months old, and many don’t make it to the nominal “retirement” age of 4 or 5.

Greyhounds routinely sustain serious injuries while racing. GREY2K documented more than 15,000 injuries—including broken legs, broken backs, head trauma, and electrocution—between January 2008 and April 2018. The total number of injuries is undoubtedly far higher, since Florida wasn’t even required to report greyhound injuries to the public until recently. While that state is home to more than half the nation’s tracks, in November 2018, residents overwhelmingly voted to end greyhound racing there by 2020.

More than 1,000 greyhounds have died on tracks since 2008. In Florida alone, state records show that a greyhound used for racing dies every three days (on average). Some examples of the deaths include the following:

Although they’re extremely sensitive to heat and cold, likely because of their lack of body fat and their thin coats, greyhounds are forced to race in extreme conditions—ranging from subzero temperatures to sweltering heat of more than 100 degrees.

Greyhounds may be drugged in an attempt to improve their performance, and females are often injected with steroids in order to prevent them from going into heat. Cocaine has even been found at greyhound racetracks.

Other dogs die during transport from one racetrack to another. It’s common for one truck to carry up to 60 greyhounds, with two or three dogs per crate, and for the floor of these “haulers” to be lined with ice rather than air conditioning being used. The backs of the trucks may reach temperatures in excess of 100 degrees on a summer day—deadly conditions for animals who can’t sweat in order to cool themselves.

Greyhounds have been denied veterinary care, housed in inadequate kennel conditions, and worse. In 2010, investigators acting on a tip discovered 32 of them dead at the Ebro Greyhound Park kennel in Florida. The dogs had been starved to death or died of dehydration. In West Virginia, a greyhound named Kiowa Dutch Girl broke her leg, which was described as “bleeding” and “dangling,” and was left to suffer in her cage for four days.

What Happens When Dogs Don’t Win?

Some “retired” greyhounds are put up for adoption, others are sent to breeding farms, and the fate of many is unknown. The National Greyhound Association, which registers all greyhounds for racing, doesn’t keep track of the dogs after they leave the track.

Some greyhounds meet a grim fate when they’re shipped to blood banks, where their blood is routinely taken and sold. PETA’s whistleblower exposé of The Pet Blood Bank in Texas documented that about 150 greyhounds were living in squalid conditions in an old turkey shed. Video footage captured by a whistleblower shows dogs spinning in circles, cowering, and even urinating on themselves in fear when approached. Thankfully, The Pet Blood Bank has closed, and the dogs were placed with adoption programs.

At another greyhound blood bank, California’s Hemopet, approximately 200 greyhounds bred for and discarded by the racing industry are confined for up to 23 hours a day for 18 months or even longer in tiny crates and barren, rusty kennels. This sham rescue facility boasts that it sells the dogs’ blood to more than 2,000 veterinary clinics in North America and Asia.

As the public learns about the miserable lives of greyhounds forced to race, the industry’s days are numbered. Younger gamblers are more interested in casinos and poker. In recent years, the total amount of money gambled on greyhound races nationwide has plummeted.

Since Florida has voted in favor of a greyhound-racing ban—which will end live races and simulcast betting on dog races at the state’s 11 tracks—soon, only six greyhound racetracks will still be operating in the U.S. And because Florida is the hub of the country’s dog-racing industry, this historic vote will likely bring about the closure of the remaining six tracks as well.

What Happens to the Dogs?

The problem of “surplus” greyhounds is nothing new. Every year, thousands of greyhounds are “retired” from racing. Adoption groups across the country have been working for decades to take in the constant flow of castoff dogs and place them in homes. When a track closes, the dogs can be placed either in traditional shelters or with greyhound-specific rescue groups.

Far from resulting in more homeless dogs, a track’s closure means that the cycle of breeding, racing, and casting off dogs stops. 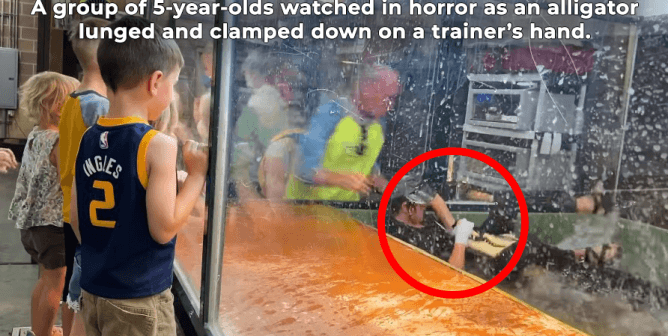 Urge ‘Scales and Tails Utah’ to Send Alligators and All Other Animals to Reputable Facilities!