Once upon a time, Congress came up with the good idea (strange, but true) to create an interagency committee to encourage and validate modern, animal-friendly testing methods for use by governmental agencies. Unfortunately, the committee, known by its acronym ICCVAM, or the Interagency Coordinating Committee on the Validation of Alternative Methods, has been doing just the opposite—blocking scientifically sound and humane non-animal testing methods. For example, ICCVAM has done the following:

The ickiest thing about ICCVAM is its leader, Dr. William Stokes, who has pushed all of this unscientific and animal-unfriendly tomfoolery under his watch.

PETA is calling on Linda Birnbaum, director of the National Institute of Environmental Health Sciences, the agency that oversees ICCVAM, to fire Dr. Stokes and replace him with someone who will actually VAM (validate alternative methods). You can help by e-mailing Dr. Birnbaum and seconding our concern. 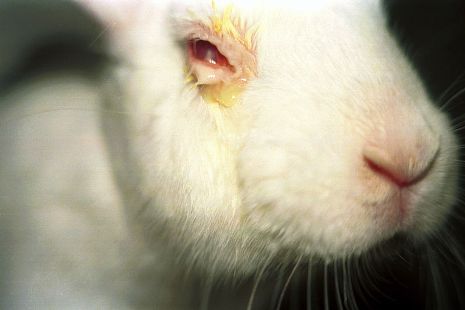