Yesterday, the Council of Fashion Designers of America (CFDA) hosted its eighth annual Fashion Education Summit at the Crosby Street Hotel in New York City. Among this year’s themes were inclusion and sustainability. So when PETA Senior Vice President Dan Mathews took the lectern, you can be sure he had a lot to say. 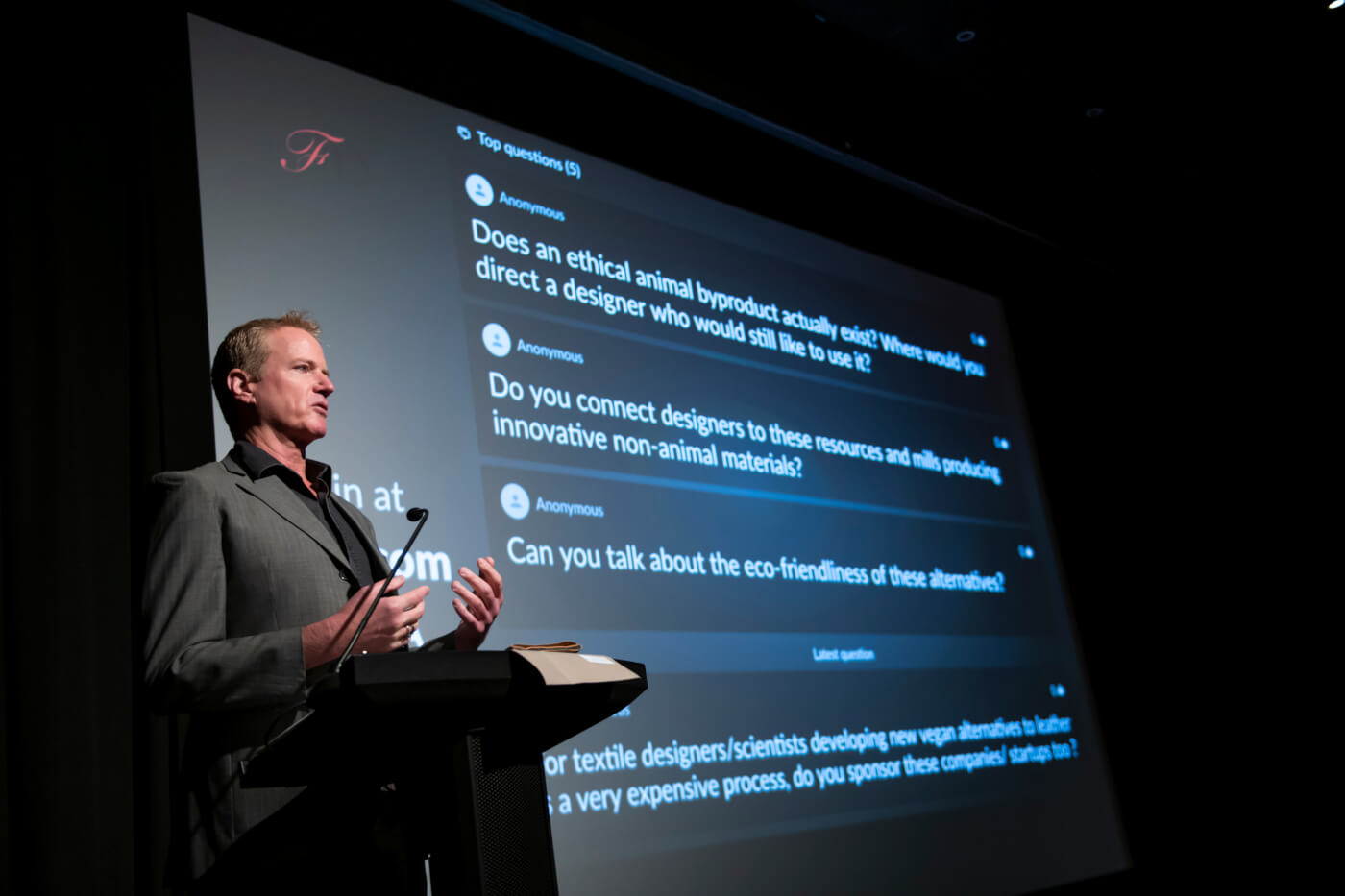 More than 100 fashion professors from top universities across the country attended this year’s summit to discuss next year’s curriculum, which Mathews stressed should include teaching students what happens to animals before their skins arrive in showrooms as well as spotlighting innovative new vegan materials.

“Fashion professors are in a unique position to educate the designers of tomorrow to be creative without being destructive,” Mathews told the crowd.

Sustainable fashion is vegan fashion, Mathews explained. He brought along samples of fake snake, mock croc, leather made from cork, soy-based silk, and vegan wool made from recycled bottles. 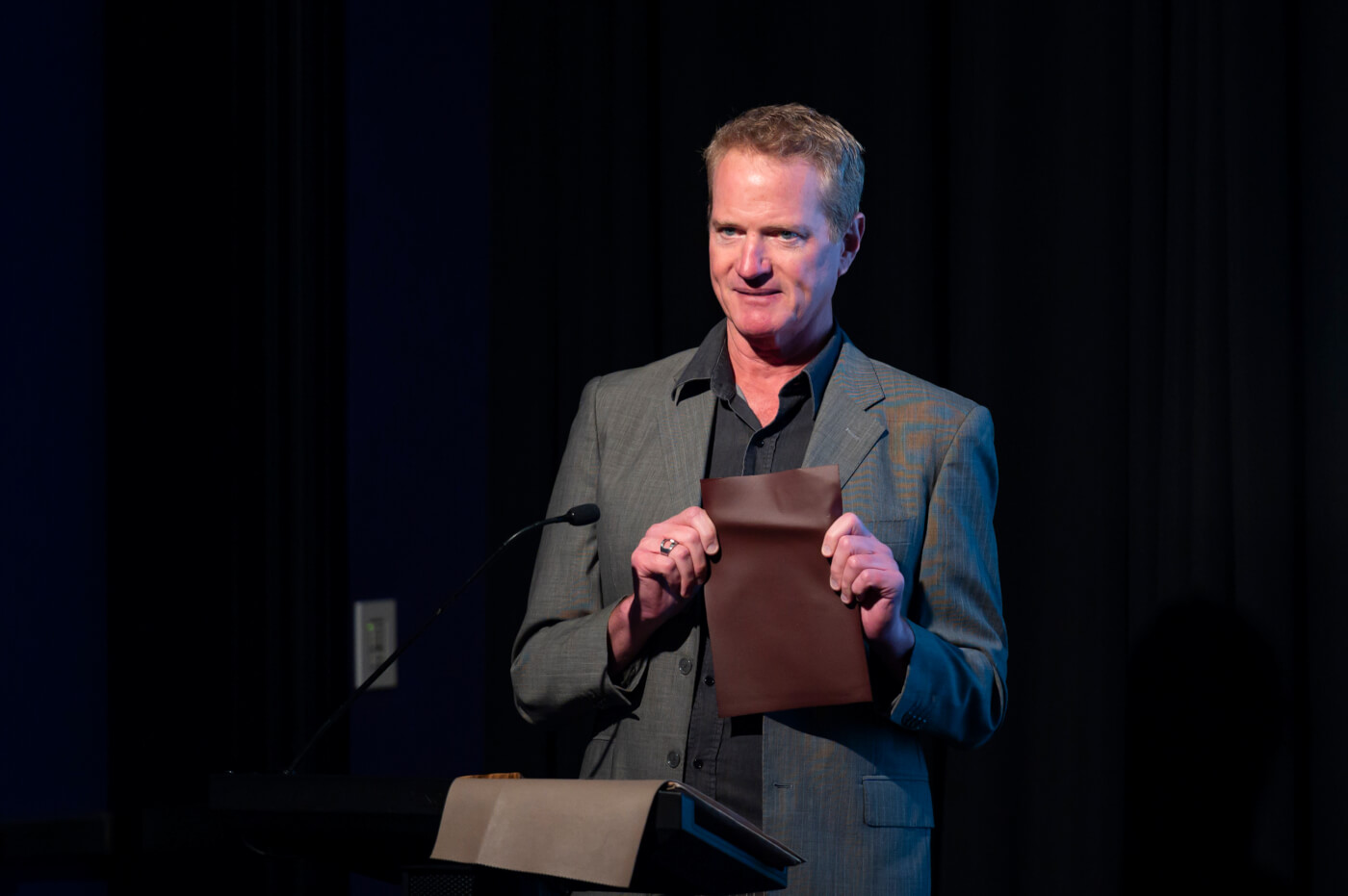 “Ethical” and “sustainable” are two of the biggest buzzwords in the fashion industry. They’re appearing on jacket labels, shoeboxes, advertisements, and more. But unless that jacket or pair of shoes is vegan, using those terms is just greenwashing. That’s because you can’t source animal-derived materials like leather, fur, wool, cashmere, mohair, or exotic skins without polluting the planet, endangering workers’ health, and causing animals to suffer needlessly.

Whether it’s a rabbit bred and killed on a Chinese fur farm, a crocodile cut open and skinned in Vietnam, or a cashmere goat left to die in agony on a farm in Mongolia, using animals to make clothing is always cruel. Every fur-trimmed coat, leather belt, down-filled jacket, exotic-skins handbag, and wool sweater means a lifetime of suffering and a horrific death for countless animals.

“Designers are now all ears when it comes to animal-free fabrics,” said Mathews, who works with designers in Paris, Milan, and London as well as in New York. “They are motivated because they know that their customers—especially the younger ones—have heard about the problems and want to be a part of the solution.”

Using animals for clothing—especially when so many ethical, sustainable vegan options are available today—is inexcusable. But thanks to the dedicated efforts of PETA and the success of vegan labels (Brave GentleMan, Matt & Nat, Wuxly Movement, and others), fashion industry players are catching on. 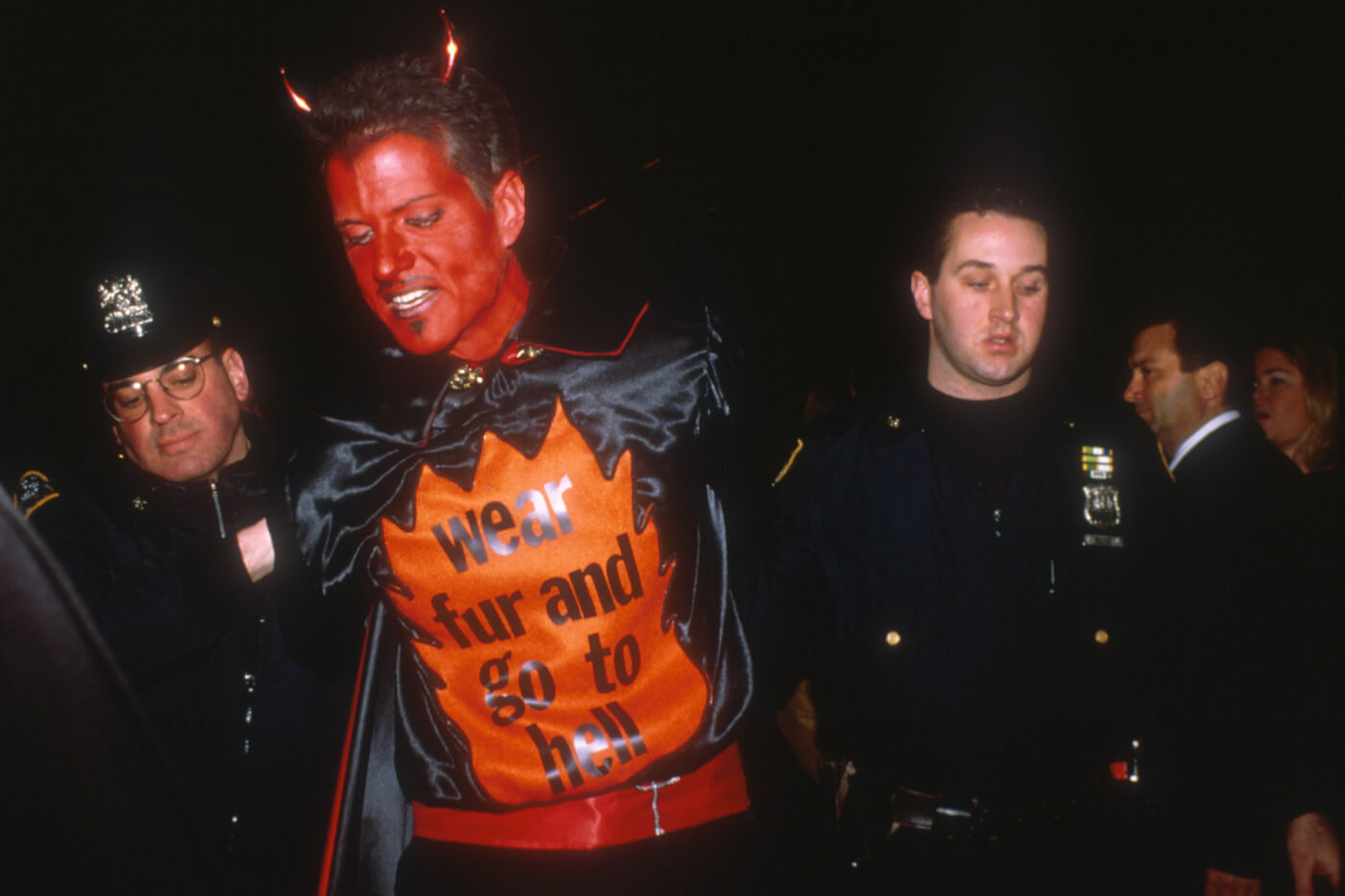 Just look at how far we’ve come since Mathews (pictured above) led PETA protests at CFDA events, spotlighting the cruelty of fur in the 1990s. Once, we stormed CFDA runways—now, we’re working with the designer trade group to inform industry members about the reasons why ethical vegan fabrics are the way of the future.

PETA and Mathews have also collaborated with designers and companies, helping them to choose vegan and planet-friendly materials. Earlier this month, PETA and menswear designer Stephen F marked the start of New York Fashion Week by debuting an all-vegan, eco-friendly collection for the modern man: a PETA x Stephen F collaboration. 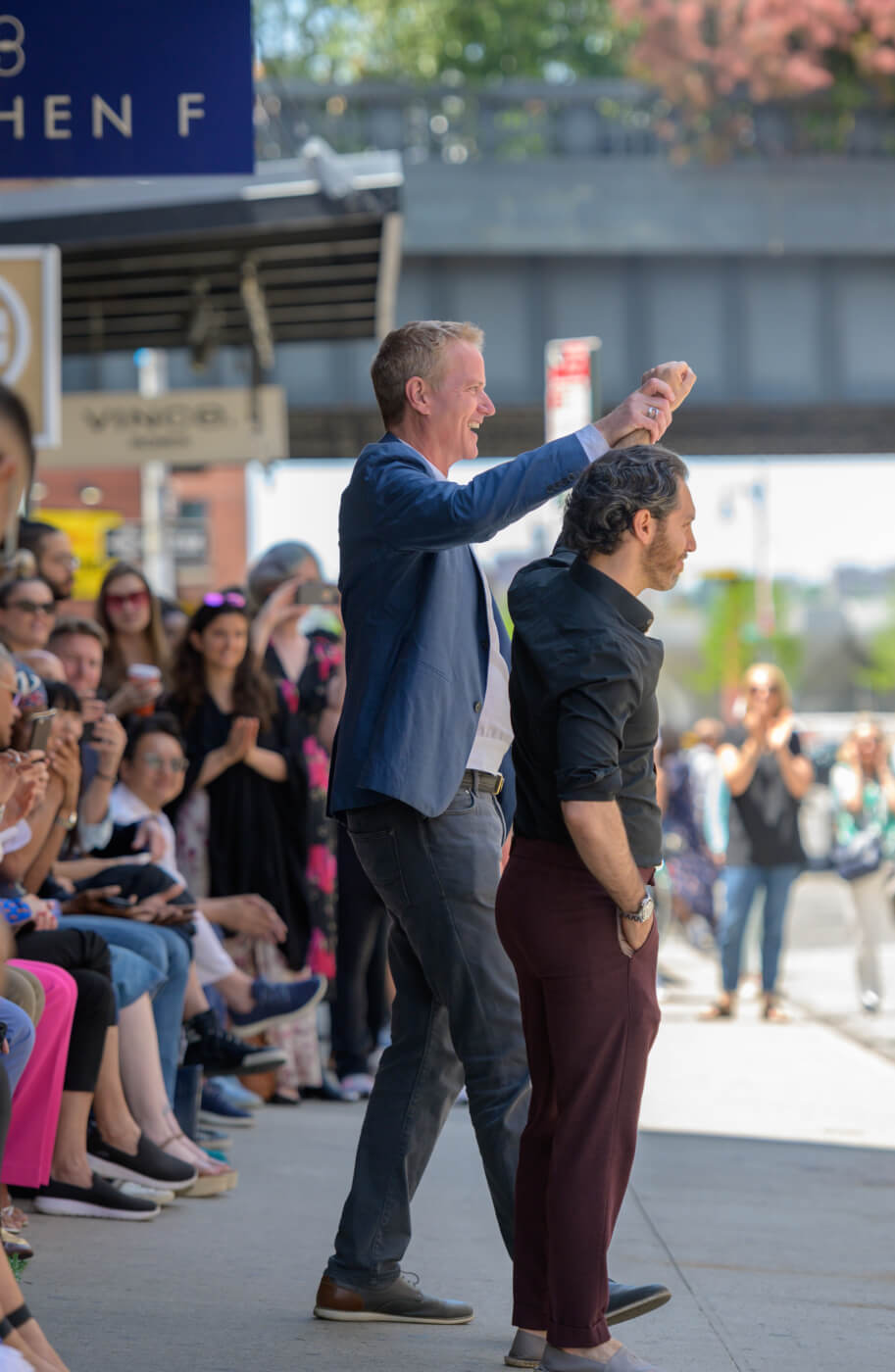 And it was just last year that, following a meeting with his pal Mathews, fashion icon John Galliano went fur-free.

Countless other labels, cities, and even entire countries have ditched fur and other animal-derived materials, too. And with plenty of vegan options to choose from, why would any designer or shopper opt for dead animal parts over chic, eco-friendly vegan materials like pineapple leather, bamboo knitwear, biodegradable faux fur, or silk made from oranges?

Join Mathews, PETA, and countless designers and consumers in being a part of the future of fashion: Choose vegan.

Click below to learn more about sustainability and the rise of vegan fashion:

Why and How to Wear Vegan