Why I Think Vegan Fashion is Always the More Sustainable Option

A version of this article was originally published in “Eluxe Magazine.”

As more and more consumers wake up to the high cost of cheap clothes to humans and the environment—from workers poisoned by toxic chemicals to landfills brimming with discarded garments—“ethical” and “sustainable” have become two of the biggest buzzwords in the fashion industry. But unless that jacket or pair of shoes is vegan, applying those terms is just greenwashing.

Is #vegan fashion ALWAYS the better option, even when it's made of plastic? Our writer thinks so! Here's…

That’s because leather, fur, wool, cashmere, and other animal-derived materials pollute the planet, endanger workers’ health, and cause animals to suffer needlessly. The groundbreaking Pulse of the Fashion Industry report released last year by the nonprofit Global Fashion Agenda and The Boston Consulting Group found that three of the four most environmentally damaging materials are derived from animals.

Since leather is a profitable co-product (not a “by-product,” as is so often claimed) of the unsustainable meat industry, it’s hardly surprising that it’s the worst offender. Raising and killing animals for their flesh and skin wastes countless resources and causes immense destruction.

Leather harms the environment, which @hm says is important. Tell them to do the right thing & stop selling it! https://t.co/89TWajHYmC pic.twitter.com/Sm0I7jwXt3

Consider the massive amounts of land involved in livestock production and the energy required to operate factory farms, feedlots, slaughterhouses, and trucks that transport animals. Then there’s the wasted water and the edible crops that are used to feed animals bred to be killed, instead of going a lot further to feed hungry, malnourished people.

Leather production harms the environment. It uses up 15K gallons of water per ton & creates toxic waste like THIS. #LeatherIsDead pic.twitter.com/CzJtO40MOv

The billions of animals killed by the meat industry every year also produce a lot of waste—in the U.S. alone, factory-farmed animals produce 130 times more excrement than the human population does. This waste—untreated, unsanitary, and bubbling with chemicals—may be left to decompose in huge lagoons or sprayed over crop fields, resulting in runoff that contaminates nearby soil and waterways.

Then there’s the climate change connection: By some estimates, animal agriculture is responsible for more greenhouse gases than all of the world’s transportation systems combined.

When it comes to climate change, animal agriculture is the leading culprit. https://t.co/ZNAyUFWnp6

And since most of the environmental impact—a whopping 93 percent, according to the luxury fashion conglomerate Kering—associated with leather occurs before skins are sent to tanneries, so-called “green” processing methods used to make vegetable-tanned and chrome-free leather are really just more greenwashing.

According to that same Pulse of the Fashion Industry report, wool is the fourth-worst material in terms of environmental harm. 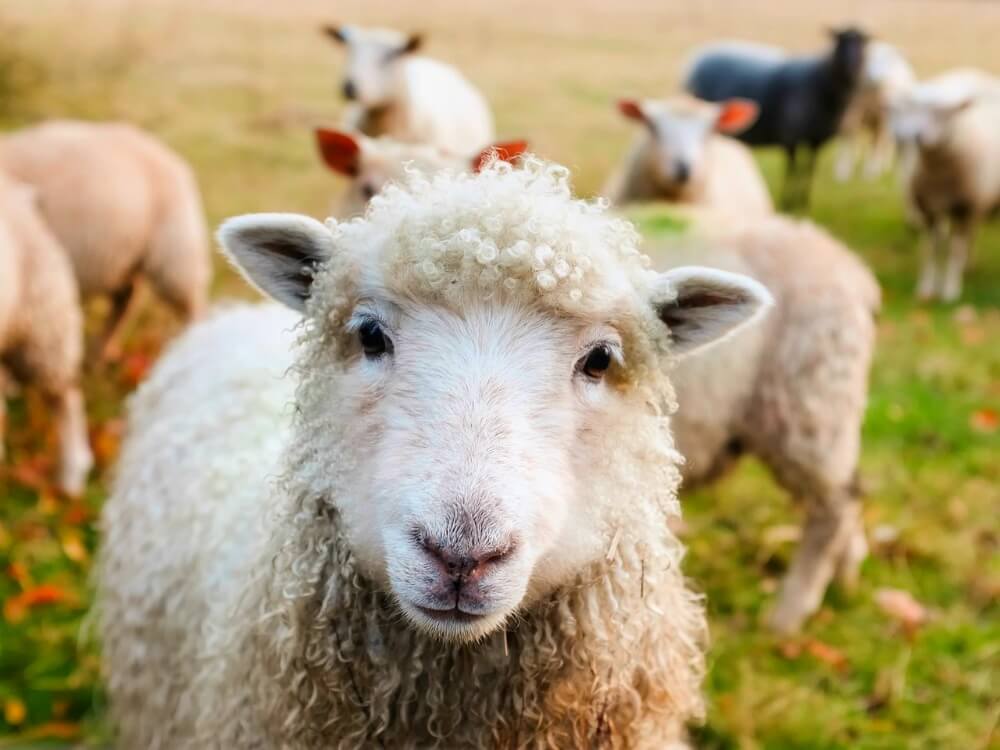 Wool, just like other animal-derived materials, gobbles up precious resources. Land has been cleared and trees have been cut down to make room for grazing sheep, which has led to increased soil salinity, erosion, and decreased biodiversity. In the first half of the 20th century, Patagonia, Argentina, was second to Australia in wool production. But local sheep farmers’ scale of operations outgrew the ability of the land to sustain them. Soil deterioration in the region triggered a desertification process that, according to National Geographic, “brought the industry to its knees.”

Cashmere also has a surprisingly large global footprint. Goats have a voracious appetite and will eat a plant’s roots along with the rest of it—stopping it from growing. As the number of cashmere goats across Mongolia has soared—they now make up 60 percent of the country’s livestock—so has the number of overgrazed areas, and once-green pastures have been swallowed by sand. Dust storms unleashed by this overgrazing have sent plumes of pollution as far as North America.

A recent study found that it’s up to 10 times more harmful to the environment to produce a garment made out of animal fur than it is to produce one made out of faux fur, and the chemicals used to prevent animal flesh from rotting after it’s been turned into a coat or trim are highly toxic and carcinogenic.

NORWAY IS BANNING FUR FARMING! 🙌 This will save more than 800,000 animals a year from being tortured and killed. https://t.co/NP0nxw15Cn pic.twitter.com/DlwEcXod8V

Fur is only “natural” when it’s on the animal who was born with it. Once animals have been slaughtered and skinned, their fur is treated with a soup of toxic chemicals to “convert the putrefactive raw skin into a durable material” (i.e., keep it from rotting).

Another factor is the toxic chemicals needed to keep animal-derived materials from decaying. PETA Germany investigated the billion-dollar leather industry in Bangladesh. Tannery workers, including children, were found to be performing hazardous tasks such as soaking hides in chemicals.

The unprotected workers stand barefoot in cancer-causing chemicals and use acids that can cause chronic skin diseases. An estimated 90 percent of these tannery workers will die before the age of 50.

The only truly sustainable options are vegan, like those used by Brave GentleMan, NICORA, and Vaute.

Not only is #vegan leather in fashion, it’s #CrueltyFree, AND easier on the planet 👉 https://t.co/nf9OQI4BvH #LeatherIsDead pic.twitter.com/IvwLEaUgvz

This proves that we don’t need to wait to display our eco-chic sensibilities: Innovative vegan options—including pineapple leaf leather, soy-based “vegetable cashmere,” fleece made from recycled plastic bottles, wool made from seaweed and hemp, and many more—are already available. Sustainable style is here, and it doesn’t come from animals.

Learn How to Wear Vegan