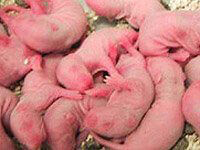 A massive animal-poisoning test being pushed by children’s health and environmental advocates as a means of protecting kids from the harmful effects of pesticides is, in reality, doing just the opposite. The results of a developmental neurotoxicity (DNT) test are being used by the U.S. Environmental Protection Agency (EPA) as a basis for weakening children’s protection from potentially harmful pesticides.

Although the Food Quality Protection Act of 1996 (FQPA) requires that children’s exposure to pesticide residues be 10 times lower than adult levels, it has a loophole: It allows the EPA to use a different margin of safety “if, on the basis of reliable data … there is a reasonable certainty that no harm will result to infants and children.” So, instead of applying an additional 10-fold “children’s health safety factor,” the EPA has been relying on data from crude animal tests conducted by pesticide manufacturers to claim that these chemical residues are safe for children at much higher levels.

This means that the EPA is using the results of the DNT and other animal studies as an excuse for providing infants and children with substantially less protection from pesticide risks than the law would allow. For example, in its revised assessment of organophosphate pesticides, the EPA removed the 10-fold children’s health safety factor entirely for 18 chemicals, reduced it to three-fold for 10 others, and retained it for only six. The end result is that infants and children are now worse off than they would be if the DNT testing had never been carried out!

In the DNT test, groups of female animals are forced to swallow or inhale a test chemical during their pregnancies and while they nurse their young. Their offspring are then subjected to a variety of crude behavioral tests, after which they are killed and their brains weighed and examined. A single DNT study can kill as many as 2,600 animals. Yet despite this massive body count, the DNT test has never undergone proper scientific validation to determine whether it reliably predicts chemical effects in humans.

In an attempt to rectify this toxic boondoggle, PETA and the Physicians Committee for Responsible Medicine (PCRM) filed a legal petition with the EPA in September 2004, calling on the agency to repeal its test guidelines for DNT studies in favor of the full application of the FQPA-mandated 10-fold safety factor. The EPA responded to our petition on January 3, 2005, with a formal denial, to which we have now responded with a lawsuit alleging that the agency’s continued reliance on the DNT and other nonvalidated animal tests as a basis for setting children’s health safety standards is arbitrary, capricious, an abuse of discretion, and otherwise not in accordance with the law.

Read more about the EPA and developmental neurotoxicity (DNT) tests: