What’s the controversy with PETA? If you’re in an industry that makes money from exploiting animals and maintaining the cruelty status quo, there’s plenty! Here are five ways PETA is controversial … to people who want to keep getting away with harming animals.

PETA had the animal experimentation industry seeing red when we went undercover and exposed horrendous abuse at Envigo—a prison-like factory that bred beagles for painful and deadly experiments.

There’s big money in animal experimentation—including grants and income from selling decapitators and restraint devices—so those who profit from it were furious when PETA exposed that Envigo workers deprived famished nursing mother dogs of food, blasted dogs with water from high-pressure hoses, sedated mother dogs and then killed them after cutting their puppies out of their abdomens, and other atrocities.

But PETA’s exposé sparked a massive public outcry and led to nearly 50 federal Animal Welfare Act violation citations for Envigo—and helped spark the facility’s closure. More than 4,000 beagles were rescued from this hellhole and are now in loving homes. Controversial? Sure. Worth it 100%? Just ask Samson:

Who else finds PETA controversial? The meat, egg, and dairy industries—which would much prefer that people never saw how animals are abused before they end up shrink-wrapped in supermarkets or popped into a fast-food bucket or box.

Our investigation into turkey factory farms that supply Plainville Farms—which claims to sell “humane” turkey—revealed that workers kicked, stomped on, beat, threw, and even mock-raped turkeys.

This investigation resulted in the most charges and defendants in any case of cruelty to factory-farmed animals in U.S. history. It also showed consumers that labels like “humane” are shameless marketing scams.

But hard-hitting investigations like this one aren’t the only ways PETA stirs up controversy to make a point. Social media surfers couldn’t get enough of our viral “Tofucken” video in which a sweet granny drops a truth bomb (and a dozen f-bombs) about the meat industry. Creative and controversial actions like these get people talking, sharing, and thinking about life-and-death issues they might otherwise ignore.

PETA’s iconic “I’d Rather Go Naked Than Wear Fur” campaign ignited huge controversy more than 30 years ago when the Go-Go’s became the first celebs to bare all for animals. Celebrities from Pamela Anderson to Taraji P. Henson later stripped for the campaign, which was so successful that we have now retired it because the fur industry is—yup—dead. 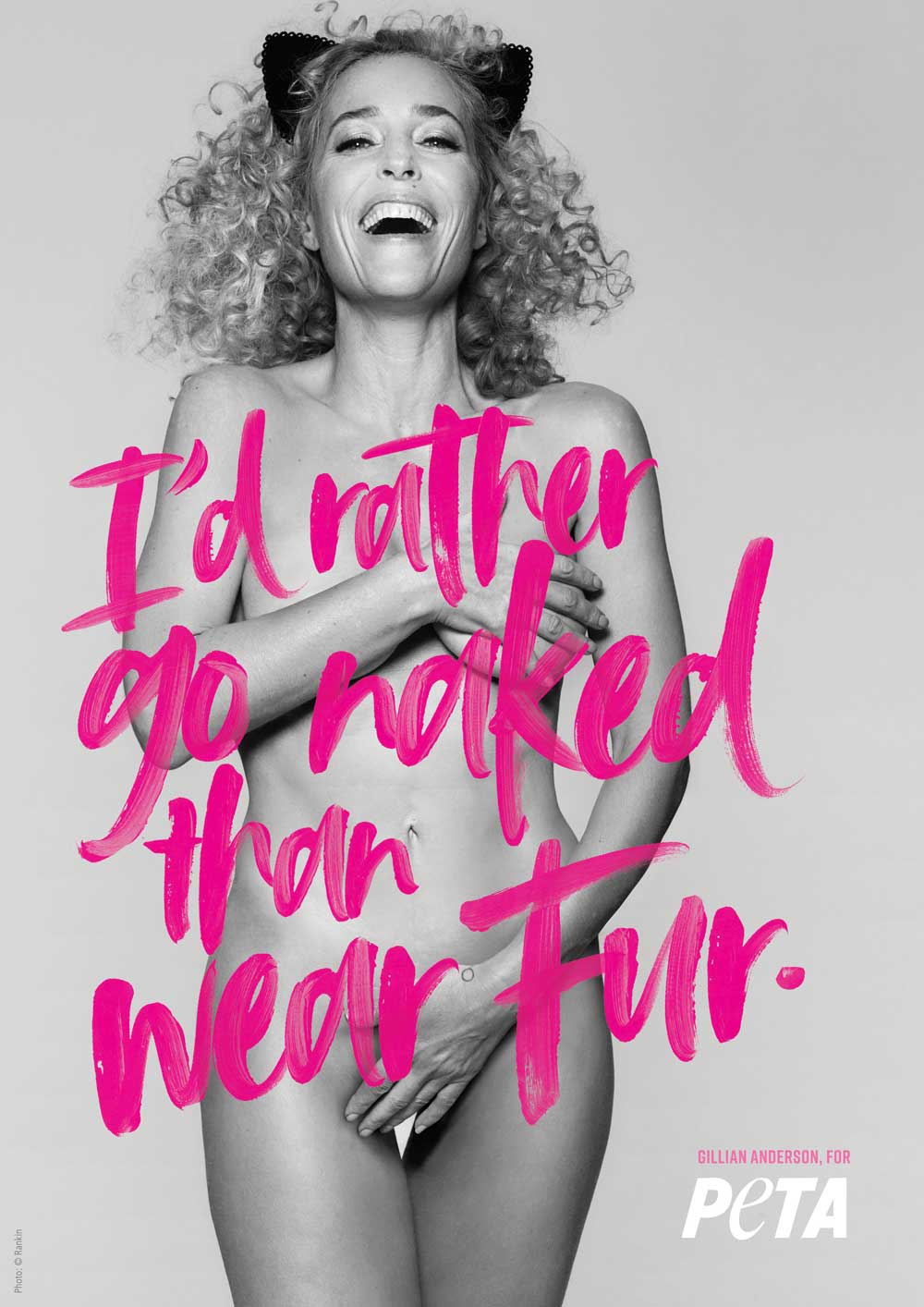 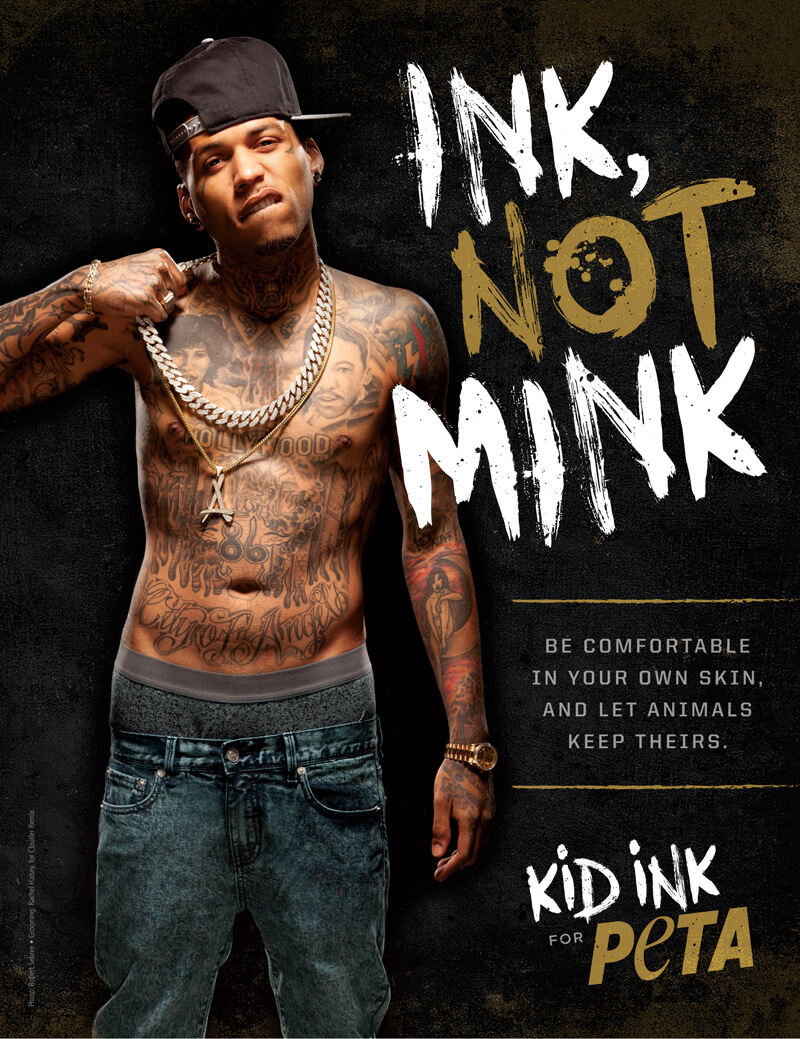 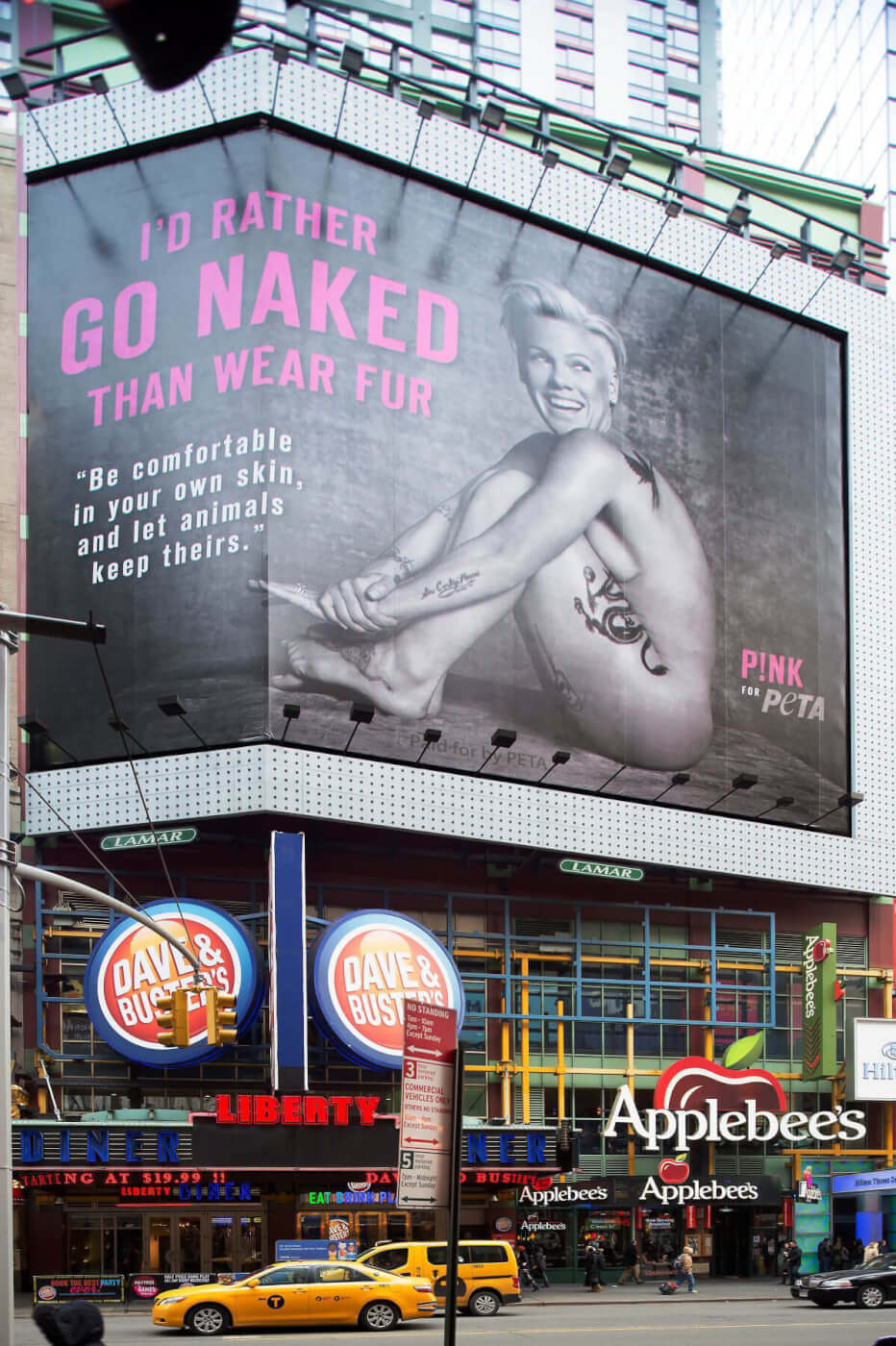 Nearly every top designer has shed fur, California has banned its manufacture and sale, Macy’s closed its fur salons, the largest fur auction house in North America filed for bankruptcy, and after years of campaigning by PETA, Canada Goose—one of the last holdouts—dropped fur.

Now we’re laying bare the violence and cruelty of the leather, wool, and exotic-skins trades as well as that of other industries—including the fashion industry—that steal animals’ skin, hair, or feathers, which they were born in or grew and need. We show consumers what they’re entitled to see: how animals suffer when they’re used for clothing, and we do it in clever ways, such as our “If Barbers Acted Like Sheep Shearers” video.

And we’re still getting naked for animals. Everyone from Alicia Silverstone to PETA President Ingrid Newkirk to Tony Gonzalez has taken it all off to help protect animals from being exploited.

PETA won’t cover up—but we expose cover-ups, including sleazy roadside zoos that call themselves “sanctuaries” or “rescues” but are actually breeders, dealers, and exhibitors that exploit animals and the public’s goodwill. Controversy erupts whenever PETA pulls the mask off operations like SeaQuest aquariums—shopping mall animal prisons with a long rap sheet of animal welfare issues, animal deaths, legal violations, and injuries to employees and the public from direct contact with frightened animals—and bear pits like Three Bears General Store and Cherokee Bear Zoo, which really are the pits for the animals imprisoned there for life.

Exposing these places is contentious, but it helps animals. Take just one of PETA’s massive victories, Tri-State Zoological Park—one of the worst roadside zoos in the U.S.—which was shut down and surrendered 72 animals, including bears, tortoises, and a squirrel monkey. Animals who had spent years confined to filthy, decrepit enclosures at Tri-State and were deprived of adequate veterinary care and environmental enrichment now enjoy lush, peaceful new homes and the care they were long denied.

PETA Is Controversial for Pouncing on the ‘Pet’ Industry

Shoppers often haven’t a clue how animals suffer and die in the controversy-plagued “pet” industry, but PETA’s undercover investigations remedy that. As just one example, PETA’s exposé of U.S. Global Exotics, a massive dealer in the pet trade, revealed that snakes were stored in shoebox-size containers or crowded troughs, starved, and deprived of a proper heat source, adequate space, and water. Hundreds were put into a freezer to die slowly and painfully.

Pet stores would prefer that PETA keep its nose out of their business instead of showing everyone how stores like Petco are complicit in cruelty. Petco even sells tanks by Zoo Med Laboratories, which we sued for falsely telling customers that snakes—who need to stretch out, bask, burrow, and explore—only need tanks at least “half the length” of their bodies.

PETA urges everyone to adopt instead of shopping and trumpets the truth that there’s no such thing as a “starter pet.” The pet industry hates that—not to mention that we ended Petco’s sales of large birds, who suffer greatly, both physically and mentally, in captivity.

The Controversy With PETA Is That We Refuse to Shut Up, Cover Up, or Give Up

Animal exploiters certainly wish PETA would quit being controversial so that they can carry on with their cruel business as usual. But that’s just not in our DNA—and as long as even one animal is being exploited, abused, or killed by a greedy industry, we’ll keep courting controversy and exposing atrocities.