A Massachusetts Institute of Technology (MIT) experimenter forgot he was running a test on a rhesus macaque and went home for the night, leaving the monkey restrained by the neck and limbs in a chair for more than 18 hours.

According to a U.S. Department of Agriculture (USDA) report obtained by PETA, the experimenter restrained the monkey and took him to a laboratory for an experiment around 2 p.m. but failed for several hours to monitor the monkey continuously, as required.

Around 8:30 the next morning, laboratory staff noticed that the macaque was missing from his cage and called the experimenter, who came back to the laboratory, finally freed the monkey from the restraints, and returned him to his cage. 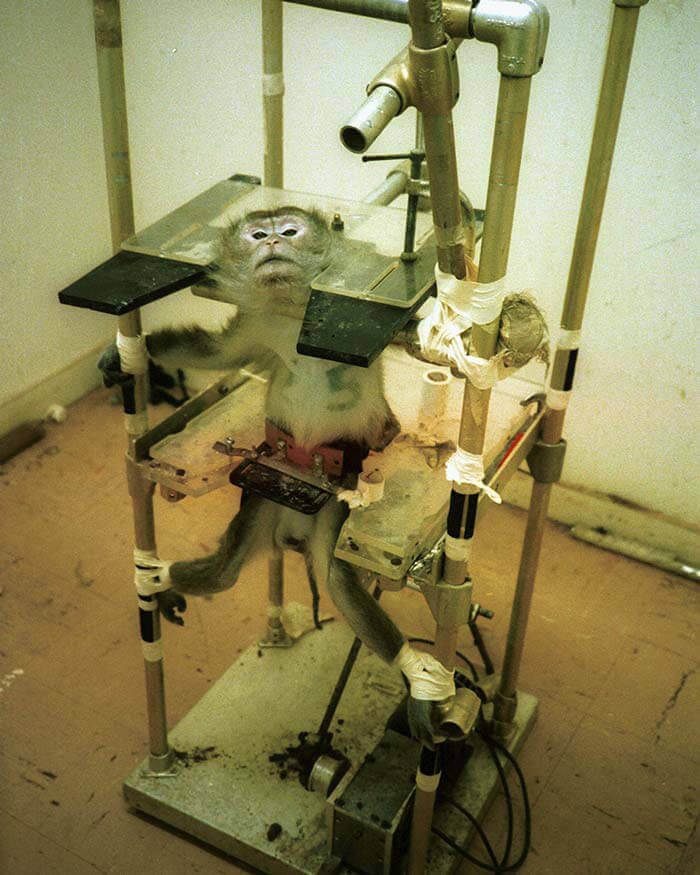 Photo for illustrative purposes only

This incident isn’t the first time that MIT experimenters have been cited by the USDA for extreme negligence causing harm to the animals they imprison. The agency also cited the university in September 2022 for an incident in which a macaque sustained broken blood vessels in his eyes as well as bruising around his eyes and mouth. The monkey “became agitated” in a restraint chair, and inept staff were incapable of handling the situation. They also failed to notice the monkey’s injuries and didn’t report the incident. The injuries were discovered two days later during routine veterinary rounds, reports say.

There is no excuse for any of this negligence. The experimenter who left for the night should be fired immediately, along with other staff who failed to notice that this sensitive being was being tortured. MIT should then revoke the laboratory privileges of everyone involved, permanently.

Last year, the university received nearly $118 million from the National Institutes of Health. About half of that money was funneled into animal experiments. The university should redirect its resources toward modern, non-animal research methods that actually help humans, and we urge officials there to adopt PETA’s Research Modernization Deal.

MIT isn’t the only institution in the Boston area that torments and kills monkeys in laboratories. Just down the road, experimenters at Harvard Medical School permanently remove infant monkeys from their mothers and subject them to cruel sensory deprivation experiments. Please take a minute to demand that such twisted experimentation on monkeys stop immediately.