Texas A&M University has spun lies about its former dog-breeding program (which ended, thanks to PETA), censored Facebook and YouTube comments, and banned a man with muscular dystrophy (MD) from its campus—and now, we’re calling out yet another deception. Peter Nghiem, the canine MD laboratory’s lead experimenter, lied when he publicly stated that after being used there, healthy dogs are adopted out. Some of them were. But now, the university has quietly transferred nine of them to another campus laboratory.

Included in that group is Cannoli. He was initially put up for adoption but was betrayed by the school when he was pulled off the adoption list and transferred to the second lab. 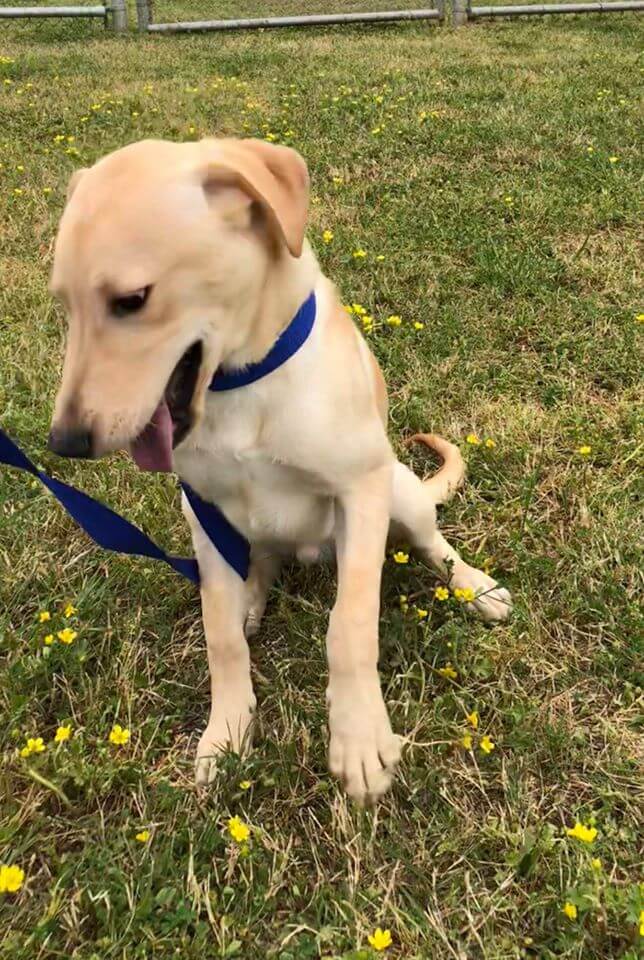 Cannoli was born in captivity in TAMU’s canine muscular dystrophy laboratory. This healthy young dog was eventually put up for adoption but then betrayed: Instead of being allowed to go to a loving home, he was sentenced to further imprisonment and pain in a toxicology laboratory.

Here’s another one of Texas A&M’s latest lies: When a Texas state representative pressed the university about the remaining dogs in its canine MD laboratory, he was told that all of them have canine MD and must be kept at the school to receive round-the-clock veterinary care. This is clearly false—fewer than half of the dogs still trapped at Texas A&M are afflicted with canine MD. The program also appears to have little funding for experiments. So, why is the university fabricating reasons to continue warehousing these dogs? 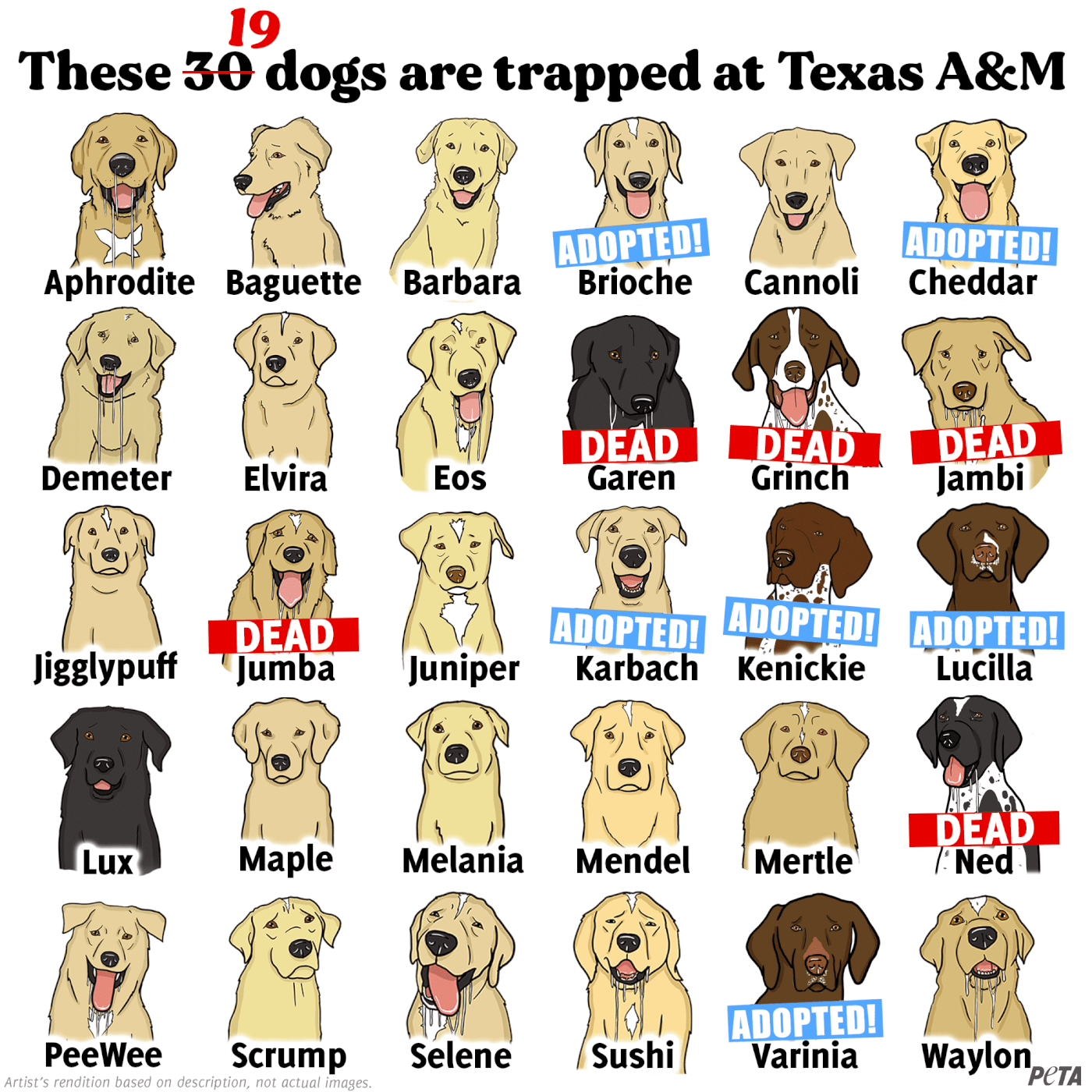 PETA has offered to take these remaining dogs and place them in loving homes, but the university hasn’t responded. Instead, it’s forcing them to live in sterile laboratories, without the safety and comfort of a loving home.

Most recently, two MD-afflicted dogs from the colony named Garen and Grinch had to be euthanized. Grinch had suffered from excessive salivation, persistent vomiting, muscle atrophy, and pressure sores on all four of his legs. On multiple occasions, piles of vomit were found under Garen’s kennel. He frequently left portions of his food uneaten and began to lose weight. The pair’s last days—or even weeks—alive were likely spent in excruciating pain.

It’s too late to help Garen and Grinch. Texas A&M let them down in the worst of ways, but that doesn’t mean the remaining 19 dogs still trapped there should have to suffer, too. That’s why PETA is repeating our call for the university to release the remaining dogs for adoption in a letter to the new Texas A&M president.

We aren’t done yet. Help PETA persuade Texas A&M to close the laboratory, release all the dogs for adoption into good homes, and redirect resources toward humane research methods: