Even at a young age, I found eating animals a strange concept. I remember first realizing that my favorite “dinosaur” nuggets were, in fact, the flesh and ligaments of actual chickens. At 15 years old, I finally did something about it—I went vegetarian.

I remember telling my parents—my meat-and-potato-loving parents—that I would no longer eat meat. We were at a Buca di Beppo—one of those Italian restaurants where almost everything comes in family-sized sharing portions. I made my announcement and asked if I could order my own meat-free side dishes. To my surprise, my parents were beyond supportive.

I thought I was saving the world—or at least its animals. I patted myself on the back. I flirted with the idea of taking the next step—going vegan—but to convince myself that being vegetarian was good enough, I invented one silly made-up reason after another. I urge you: Learn from my naivete. Discover why being vegetarian just won’t cut it:

The “well, they’re not dying” rationale is heartbreakingly untrue.

News flash: Cows are killed for their milk, and chickens are slaughtered for their eggs. A cow’s natural life expectancy is about 20 years, but those used by the dairy industry are typically killed after about five years. Their bodies are often turned into soup, food for dogs and cats, or ground beef, because they’re too “spent” to be used for anything else.

Consuming milk and cheese might be even worse than eating meat.

Animals used for meat are reared and then killed. Cows used for dairy, however, are exploited and abused for years and then killed. Is one industry worse when it comes to causing cows to suffer? A 2022 study from the University of Copenhagen suggests so.

A global panel of 70 experts concluded that cows exploited for their milk (and their calves) the world over generally have worse welfare than cows used for meat, who are treated abysmally. In the dairy industry, farmers separate mother cows from their calves, keep them from nursing their young, and constantly stress them with handling and milking. Breeding cows for high milk output has also predisposed them to devastating health issues.

The egg industry is no better. The beak of a typical hen will be cut off with a hot blade while she’s still a chick. Then she and four to 10 other hens will be crammed into tiny wire “battery” cages together. Since these cages are often stacked on top of one another, it’s common for urine and feces to fall into the lower cages. This hen and others like her will likely die after only two years because of these living conditions. If she doesn’t, though, she’ll be sent to slaughter, where she’ll meet the same bloody end as that of chickens raised for their flesh.

“Free-range” eggs aren’t all they’re cracked up to be.

The meat, egg, and dairy industries try to mislead us with deceptive labels—they even duped me for a few years. But even just a little research will prove how deceitful these terms are.

So, you’re an athlete? Well, if extreme athletes can do it, so can you.

I’ve been a competitive athlete for as long as I can remember. I foolishly let that get in the way of adopting a vegan lifestyle. “What about my egg whites?” I naively thought. But with age comes wisdom. I realized that being a vegan athlete isn’t just doable—it’s superior. It didn’t hurt that pro athletes—surfers, NFL players, NBA players, and extreme athletes, such as those who compete in Ironman Triathlons—made it look easy.

Turns out, it is easy. As a vegan, not only do I get the right amount of protein, I’m also no longer weighed down by fatty foods full of cholesterol. Find out more about vegan training.

The “but I love cheese” rationale is ridiculous.

I was one of those folks who just couldn’t live without cheese. I carelessly prioritized what I thought was a penchant for aged cow secretions over the welfare of cows. I later realized that I can live without cheese (and now happily do) and that cows shouldn’t have to live on farms where they’re forcibly impregnated on rape racks and then robbed of their children over and over again. 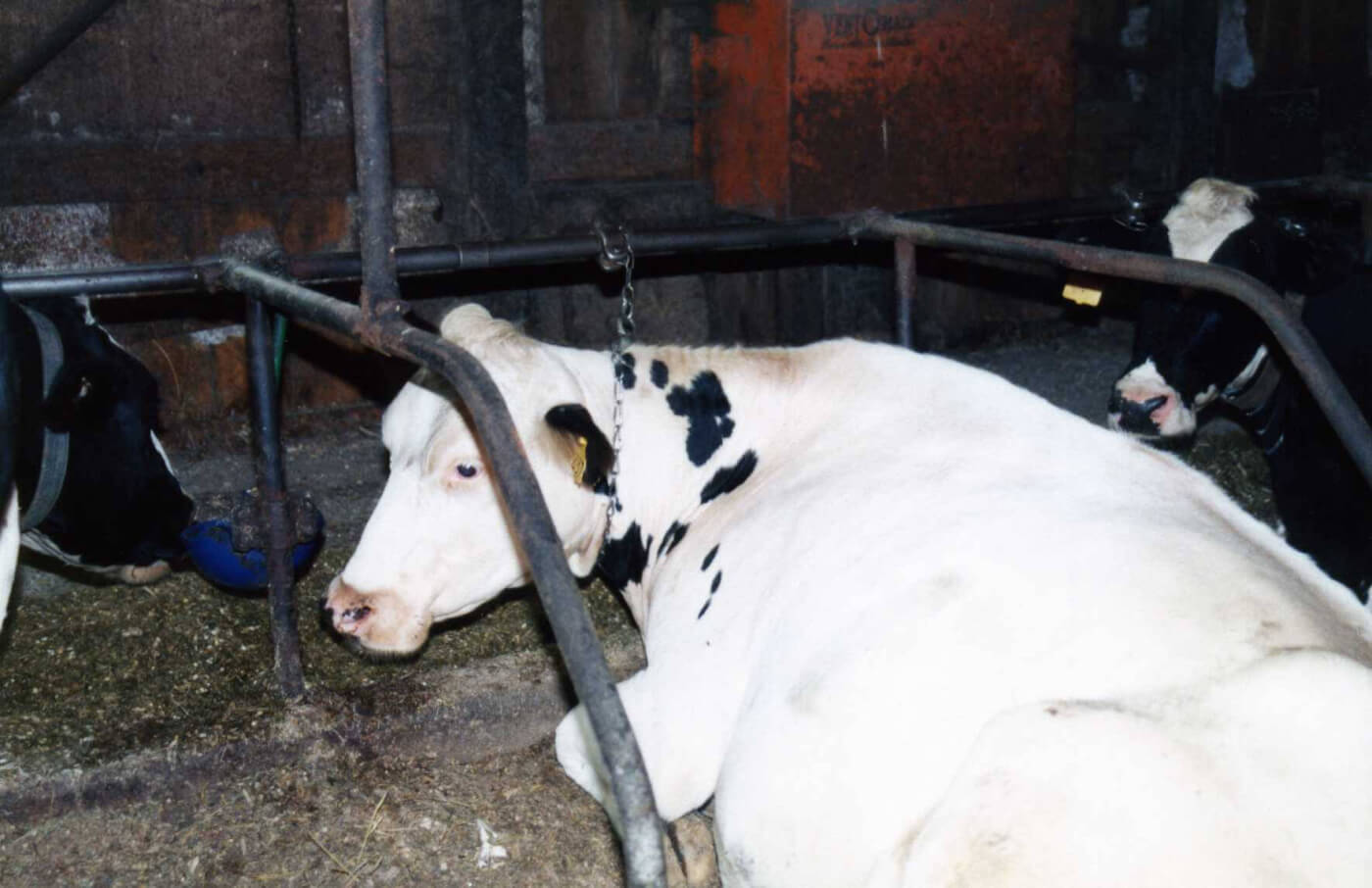 Rape racks. All so that I could put together a cheese platter. Now, my “cheese” platters are full of Miyoko’s Kitchen’s wheels, Violife’s slices, Kite Hill’s ricotta, and other delicious vegan options.

Going vegan can actually save you money.

I was in college when I got serious about going vegan, which meant that my budget was tighter than two coats of paint. I was convinced that vegan living would bankrupt me … until I tried it. Turns out, going vegan isn’t just a lifesaver—it’s a money saver, too. I quickly learned that I could put together a delicious, nutritious vegan meal for just a few dollars! 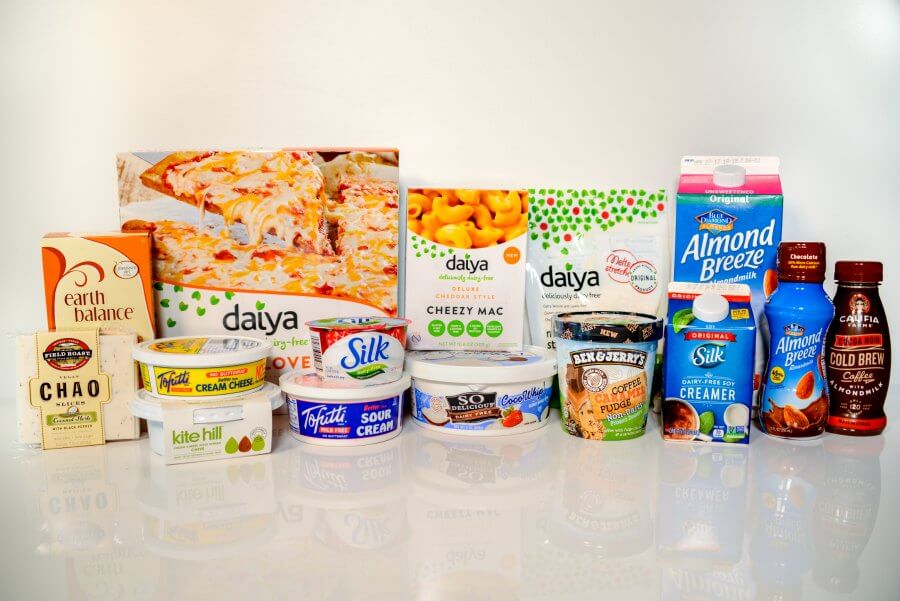 And thanks to the growing demand for animal-friendly foods, eating vegan on a budget is only getting easier. Whether eating out or cooking at home, being vegan has never been more doable, on any budget.

Traveling and food are big parts of my life. Finding vegan food in Southern California is a breeze. But finding it in Spain … I was concerned. However, since making the switch, I’ve actually gorged on delicious vegan food in Australia, Canada, France, Ireland, Spain, and so many places in the U.S. Not only is it easy to find vegan-friendly fare anywhere, it also makes it more fun to travel, too. I stopped at eateries and even towns that I wouldn’t have otherwise.

If you’re vegan and traveling, try to plan ahead whenever possible—even a little research can go a long way. Bonus tip: Know how to ask, “Is this vegan?” in the main language spoken in the country you’re visiting.

Going vegan is the easy part.

The slightest shift in perspective will make you embarrassed to admit that you thought going vegan would be too hard. It’s simple—animals used for egg and dairy production suffer and die. That’s hard. Opting for a delicious tofu scramble is easy.

Going vegan has never been easier, and PETA is here to make it even more so. The best part is that you can save nearly 200 animals a year just by making the switch. So what’re you waiting for? Click the button below to start saving lives today: