During both the off-season and their time on the field, NFL players are looking for the best way to get their bodies in top shape while maintaining energy and performance at optimum levels. More and more professional tough guys are realizing that choosing vegan is the way to go—and a few of them just so happen to be PETA friends!

Popular NFL quarterback Cam Newton collaborated with PETA to show fans what it means to be “Built Like a Vegan” and isn’t afraid to tell the world how great his body felt after he stopped eating animals. 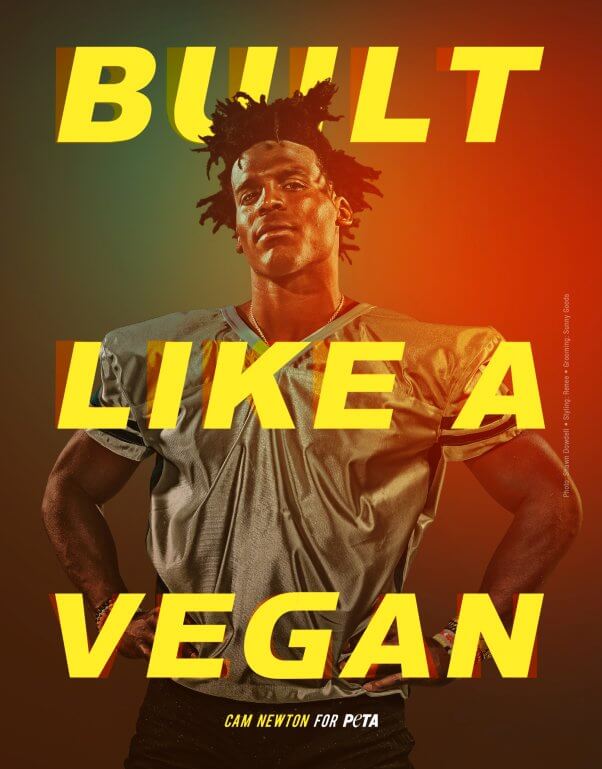 For Chicago Bears quarterback Justin Fields, going vegan was a family affair—he did it after his dad, stepmother, and sister made the switch. Fields credits eating vegan with improving his athletic performance, and he even got some of his former Ohio State teammates to jump on the vegan train.

Colin Kaepernick rose to fame as a top NFL quarterback, but he secured his legacy with his activism by speaking out against police brutality. Kaepernick also speaks up for animals by eating vegan and even collaborated with Ben & Jerry’s to launch an exclusive vegan ice cream flavor, appropriately called “Colin Kaepernick’s Change the Whirled.” 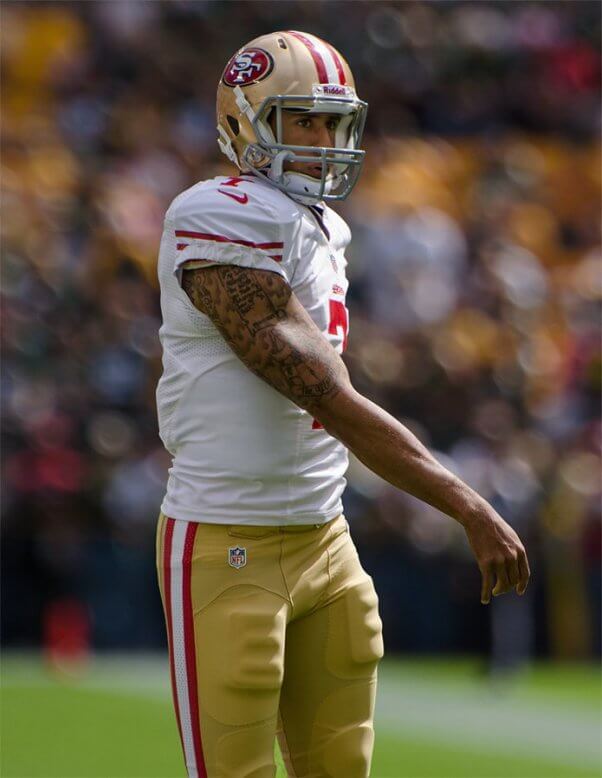 Former linebacker Derrick Morgan is the real vegan deal. When he played for the Tennessee Titans, it was rumored that more than 25% of the team was also following a vegan meal plan—with the help of plant-based chef Charity Morgan, who also happens to be Derrick’s wife!

Brandon Flowers went vegan a little over a year ago, and it changed everything. “Just going vegan, I just got just the history of being a vegan, how to fix your body and everything like that, so I fell in love with it,” he says. 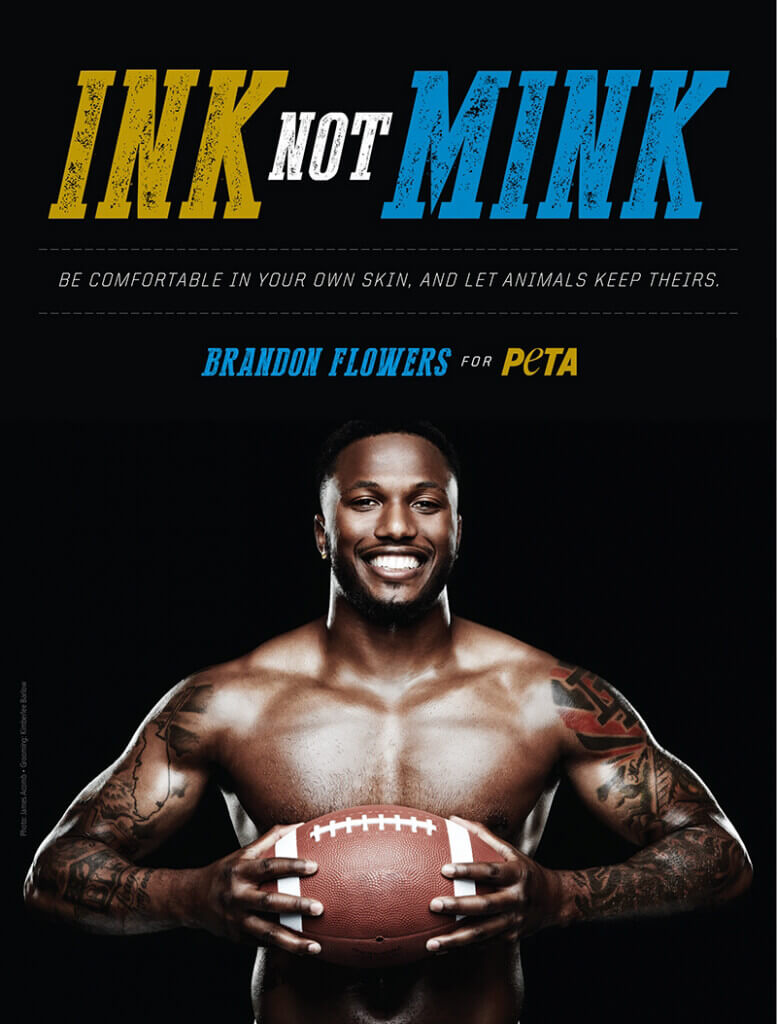 Griff Whalen has been vegan for more than two years and is sticking with it. He says, “[N]utrition plays a huge part in how quickly you can recover, how hard you can push yourself the next day …. I feel like [following a plant-based diet has] helped me tremendously.”

David Carter, also known as The 300 pound Vegan, may be retired from the NFL, but he’s committed to his cruelty-free lifestyle—and busting myths about vegan strength.

Ricky Williams, the retired running back, may be the man who started it all when he began publicly discussing his choice to leave meat off of his plate. “It changed my game, and it changed my body,” he says. “I had tons of energy.”

Tom Brady and his supermodel wife, Gisele Bündchen, went dairy-free, and their diets are 80 percent plant-based, according to their personal chef. And Brady’s fitness company has begun selling TB12™ Snacks —which are vegan, organic, raw, and gluten-free. 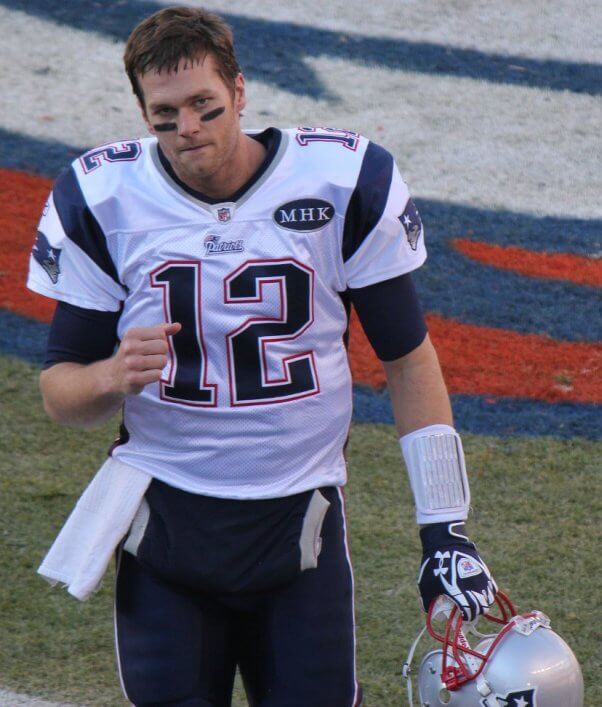 Have these tough NFL athletes inspired you to go vegan?