Whole Foods and other image-conscious retailers do a lot of talking about so-called “humane meat.” Whole Foods even has various levels of “humaneness” that farms can achieve by promising that their operations meet certain criteria. So how humane is “humane meat”? Take a look at these 17 photographs, taken on “humane,” “free-range,” “small-scale,” “organic,” “family-operated,” and similarly pleasant-sounding farms—and decide for yourself.

In 2021, a PETA undercover investigator recorded workers punching, throwing, and stomping on turkeys at “humane” farms connected to a Whole Foods supplier.

A PETA eyewitness spent more than two months working at a Pennsylvania pig farm that supplied Whole Foods’ “humanely raised” pork. Sweet Stem Farm is certified as a “Step 2” farm on Whole Foods’ five-step scale, which means that conditions there should be better than at most of the chain’s pig suppliers, which are only certified as “Step 1.” But our eyewitness found that the animals spent almost all their time crammed into tightly packed sheds on concrete floors. 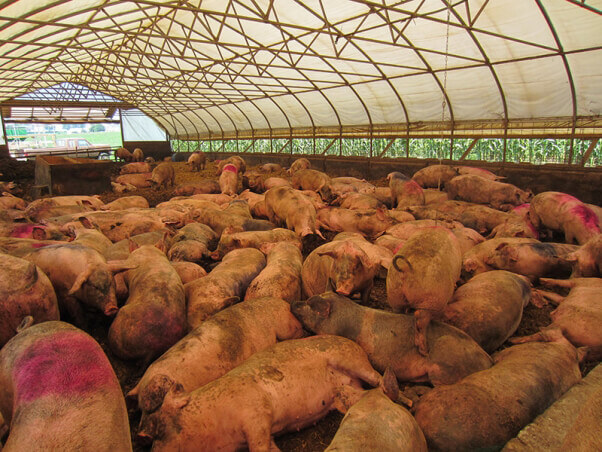 Sick and injured pigs suffered for days and even weeks without care. If a veterinarian ever treated them, the eyewitness never saw it during more than two months of working full-time at the farm. In just one example, seven pigs with large rectal prolapses were left to suffer for up to 24 days.

The eyewitness also documented that countless pigs who had been given antibiotics were sent to a slaughterhouse that supplied Whole Foods, even though the company claims, “Our Meat: No Antibiotics, Ever.”

Photographer Jo-Anne McArthur has spent her life documenting animals, including those who live on farms that make lofty claims regarding their operations.

She captured this image on a “free-range, organic, family-run” chicken farm. Not exactly the bucolic, rolling, green hills that the drawings on meat labels normally depict. 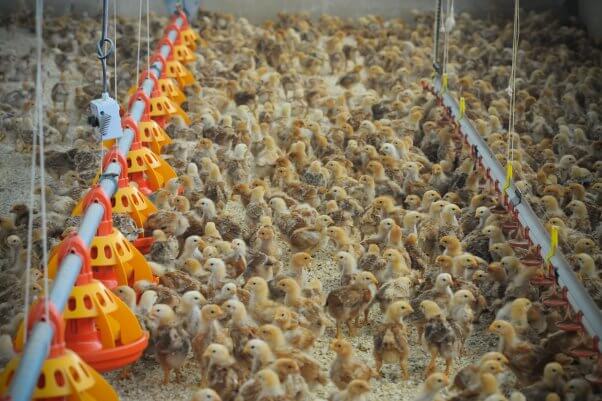 This egg farm features “enriched” caging for its hens. 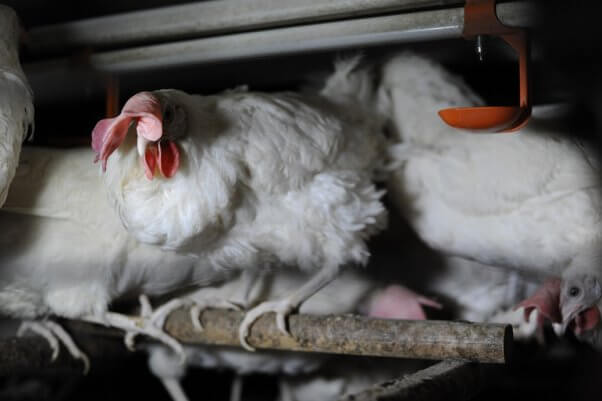 Hens, like this one, can die when they become entangled in wire cages. 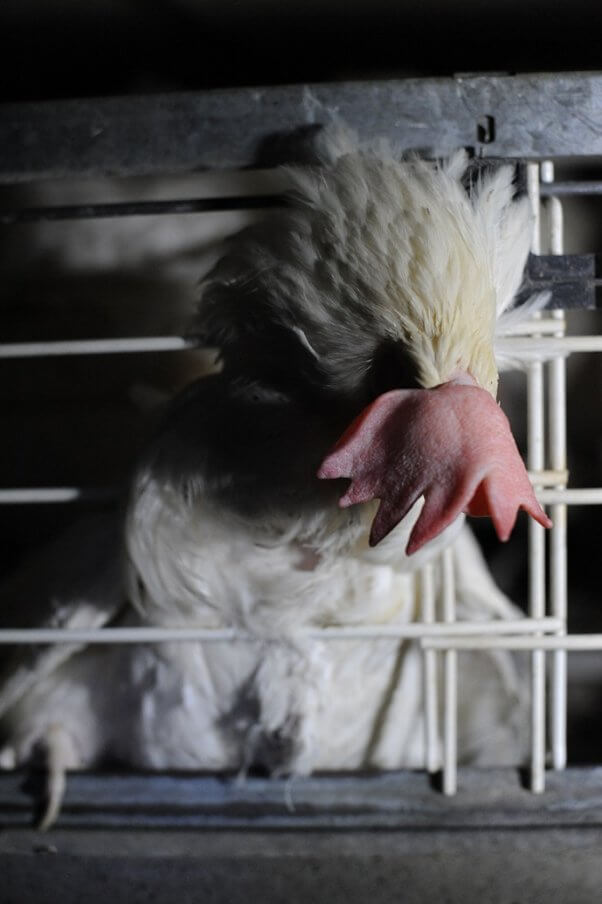 These chickens on a “free-range” farm are trying to shove themselves through a wire fence to escape from a farm worker. We can only imagine what they fear is about to happen to them. 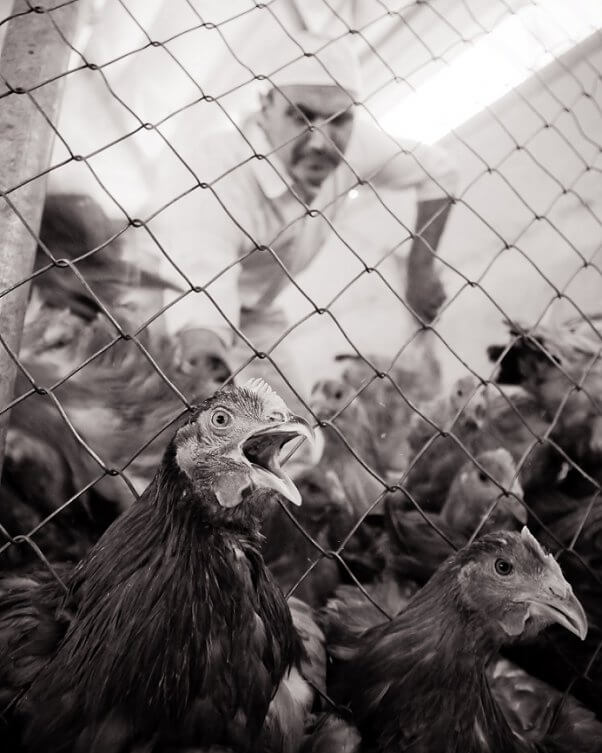 At an “organic, family-run” dairy farm, farmers yank a calf out of his laboring mother’s birth canal with ropes. They’ll separate the two soon after the birth so that the baby won’t drink the milk that his mother produced for him. 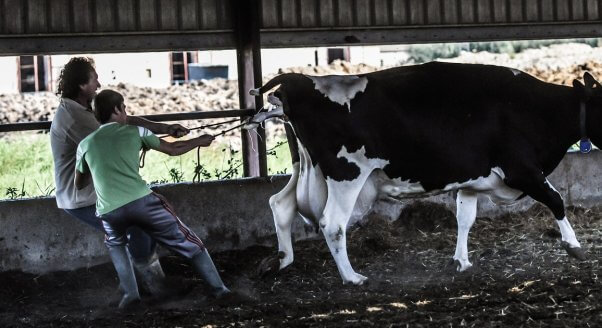 Newborn calves lie alone in isolated crates. The farm sells many of them for veal. 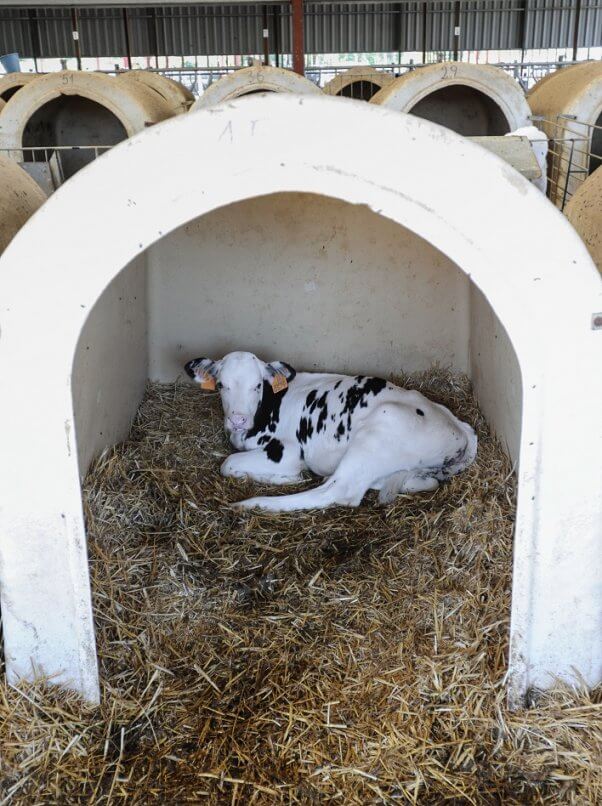 Mother cows stand in filth with hooves so overgrown that they can barely walk. But they don’t need to walk here: There is nowhere for them to go. 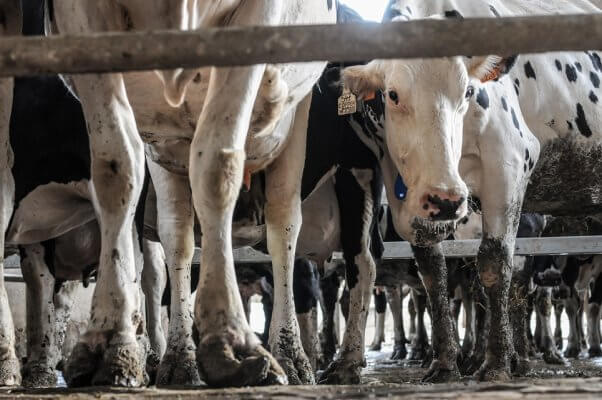 Sick, alone, and covered with flies, a calf dies outside his crate. 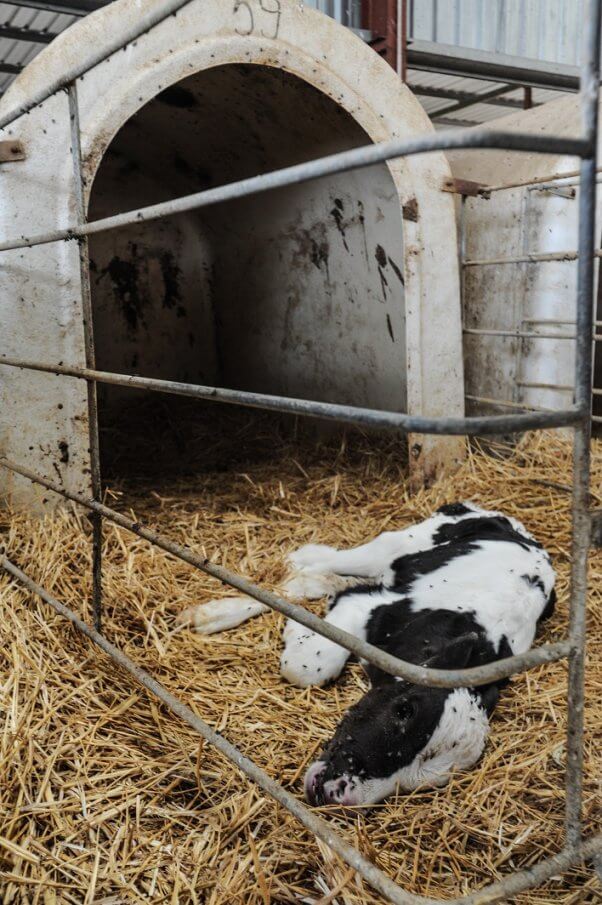 Cows are held in place with restraints and artificially inseminated, and then the process starts again. 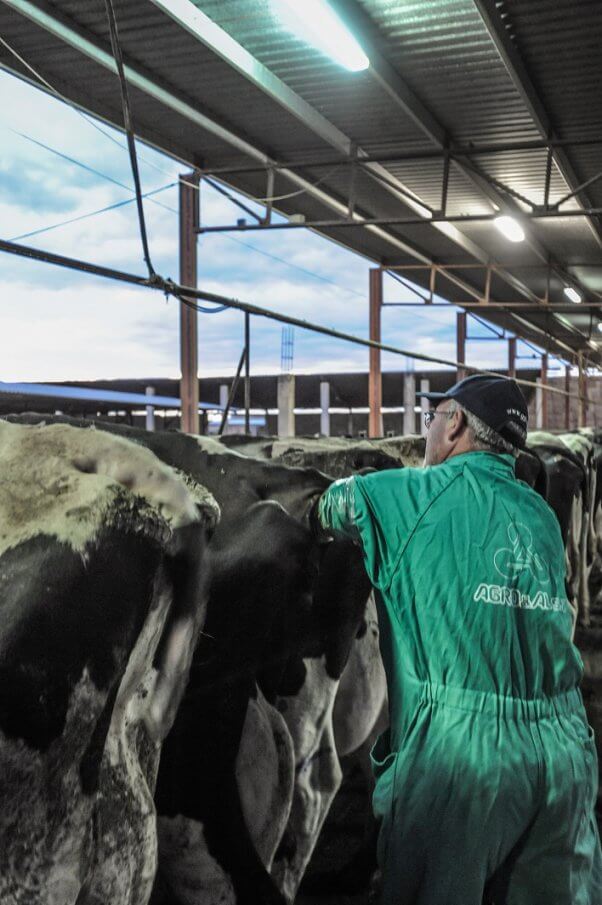 This is where “organic, family farm” milk comes from. 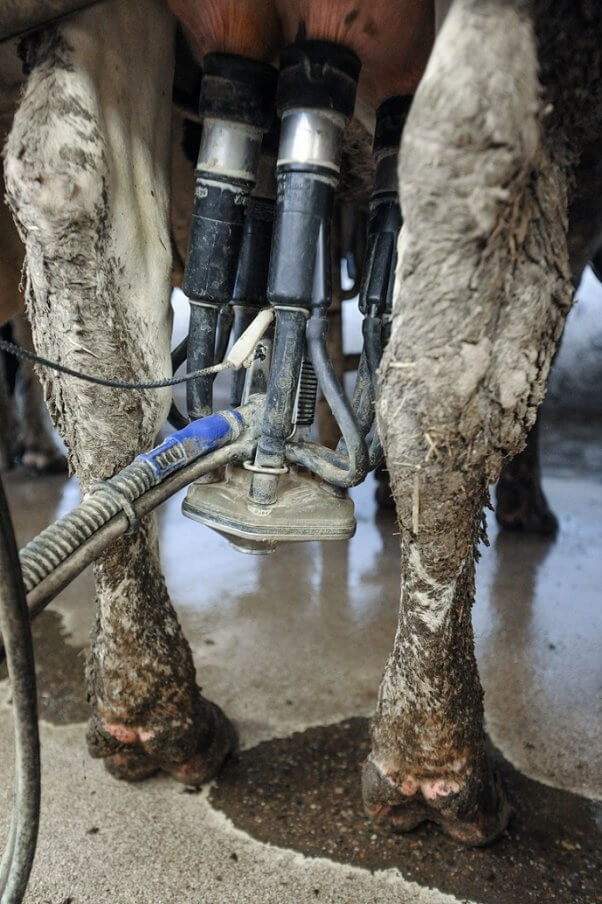 As shoppers become more aware of the cruelty inherent in animal agriculture, meat companies are changing—their labels, that is. They think that with a few reassuring words and a pretty picture of a farm, the American consumer can be easily fooled into believing that no animals were harmed in the production of the flesh and body fluids beneath the plastic. But we know better. We know that exploiting and killing animals to eat their body parts can never be humane. The only truly humane meal is a vegan one.

In a thought-provoking speech, PETA President Ingrid Newkirk explains why there is no such thing as “humane meat”: