We’re all for hugging trees, but when it comes to actually helping our planet, the best thing anyone can do daily is to go vegan. Every day is Earth Day for PETA—and we celebrate it by encouraging everyone to save our fellow animals and fight the climate catastrophe by going vegan.

For Earth Day 2022 (April 22), take a look at how PETA has changed hearts and minds with eye-catching demonstrations by taking on the climate catastrophe’s leading culprit: animal agriculture.

In provocative demonstrations, PETA’s nearly naked “Mother Earth” models stepped out in neck-to-toe bodypaint to warn everyone that the industries responsible for killing billions of animals each year are also killing our planet. 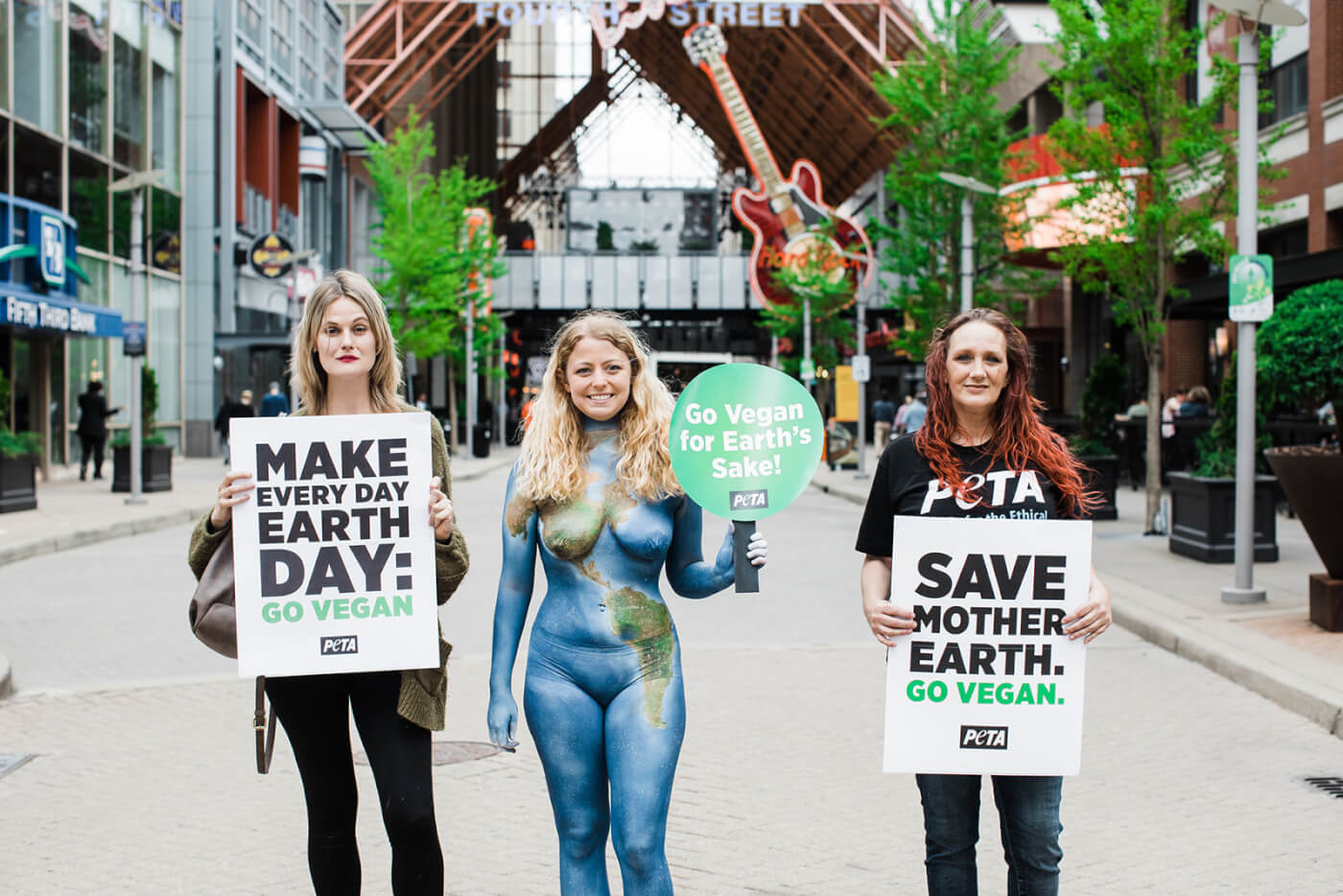 In an epidemic of animal suffering, the meat, egg, and dairy industries burn through vast amounts of land, food, water, and energy while generating waste that pollutes our air and waterways. According to the United Nations, raising animals for food is “one of the top two or three most significant contributors to the most serious environmental problems, at every scale from local to global.” 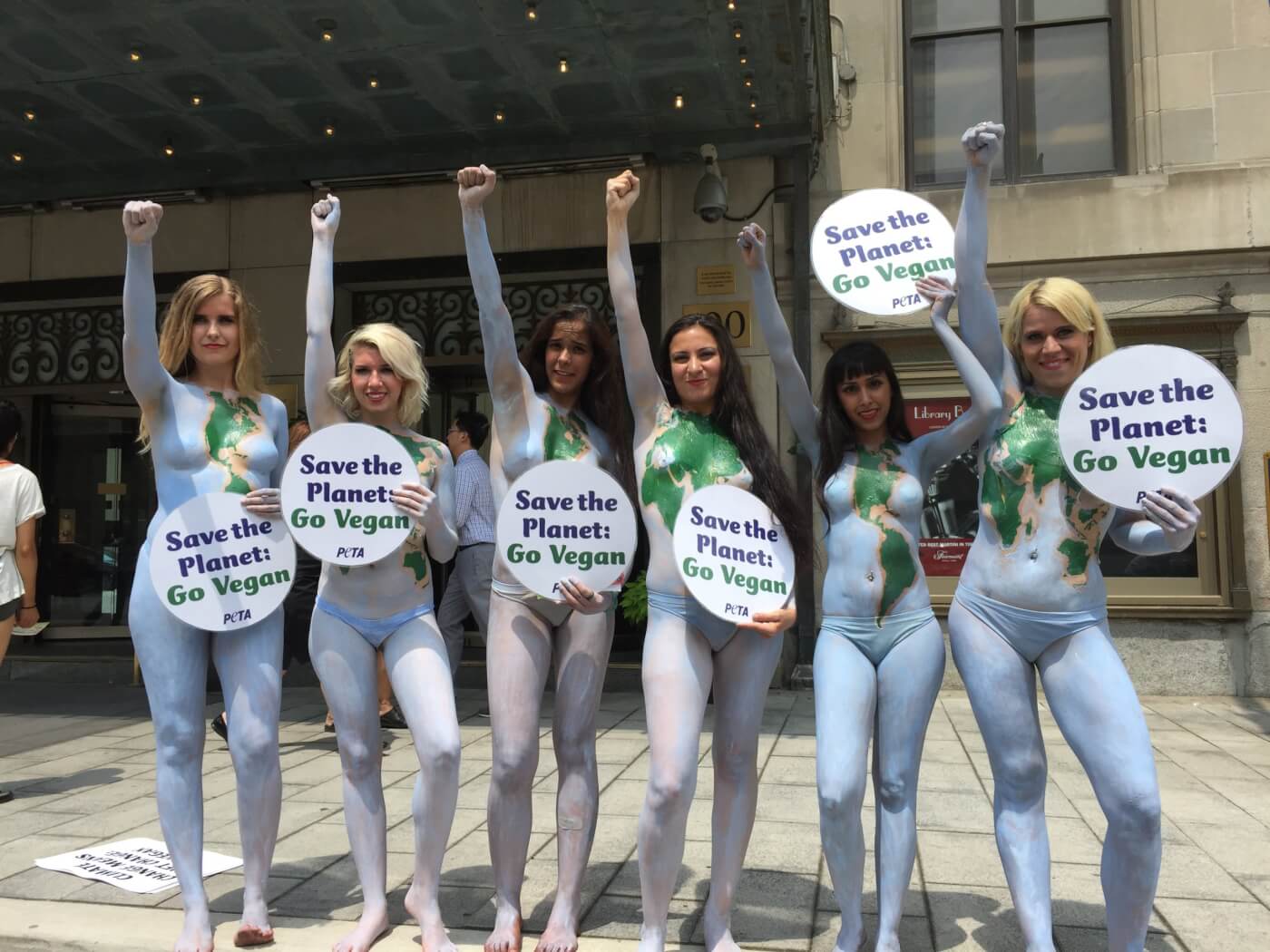 PETA Protesters Shut Meat-Eaters Up in a Bold Demonstration

PETA protesters defiantly paraded signs telling meat-eaters to “shut up” about the climate catastrophe. Raising animals to become food produces potent greenhouse gases—including carbon dioxide, methane, and nitrous oxide—which are major drivers of the climate catastrophe. One study concluded that a meat-eater’s diet accounts for more than seven times as many greenhouse-gas emissions as a vegan’s diet.

Tree-hugging and meat-eating don’t go hand in hand—especially when you consider that animal agriculture is a leading cause of deforestation. More than 80% of the Amazon rainforest that’s been cleared since 1970 is used for meat production. 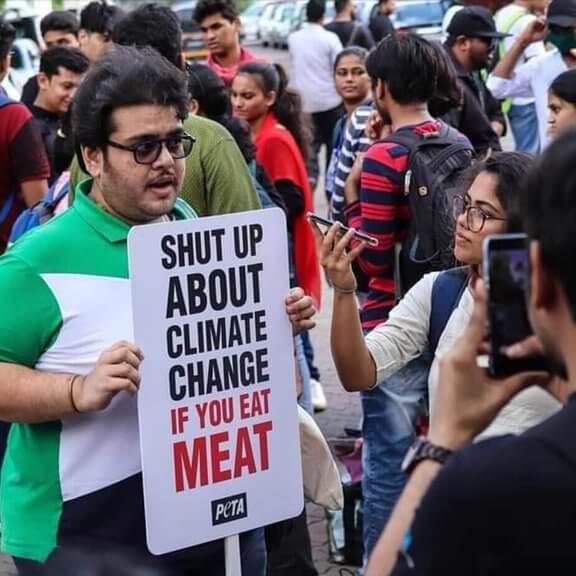 PETA Squares Up to Animal Agriculture’s War on Water

On World Water Day (March 22), a PETA model bathed on the streets to remind shocked passersby that taking shorter showers isn’t the solution to decreasing their water footprint.

The most significant part of our water footprint comes from what we eat—and eating other animals uses massive amounts of water (approximately 36 to 74 trillion gallons per year in the U.S. alone). To put it in perspective, it takes more than 2,400 gallons of water to produce a pound of beef—the equivalent of taking about 57 baths—but only 244 gallons to produce a pound of tofu. 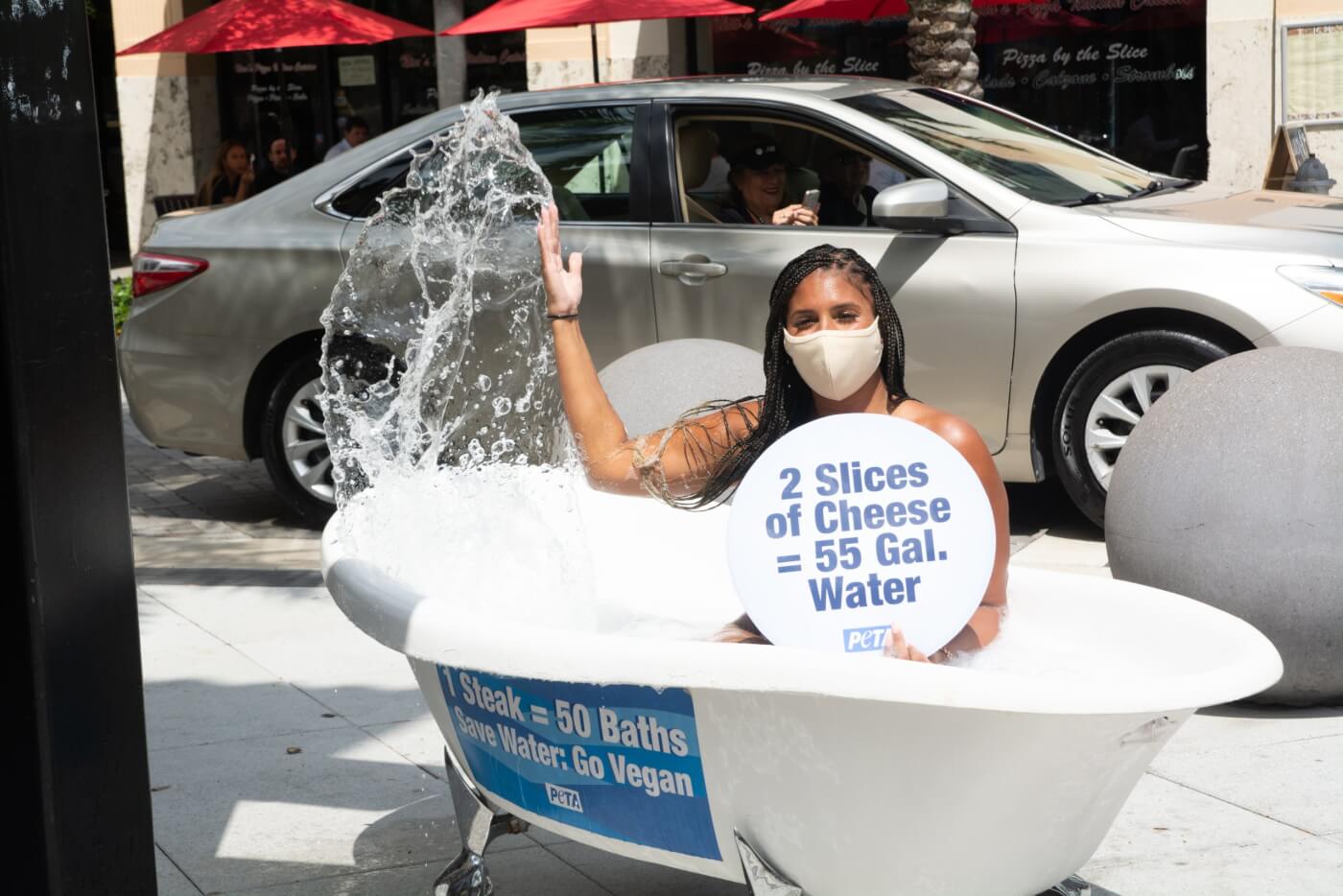 PETA supporters doused themselves in “toxic slime” to expose the environmentally detrimental effects of producing leather—a coproduct of the unsustainable meat industry.

On top of all the waste and pollutants generated by animal agriculture, turning animals’ skin into leather also requires massive amounts of energy and dangerous chemicals, including mineral salts, formaldehyde, coal-tar derivatives, and various oils, dyes, and finishes, some of them cyanide-based. 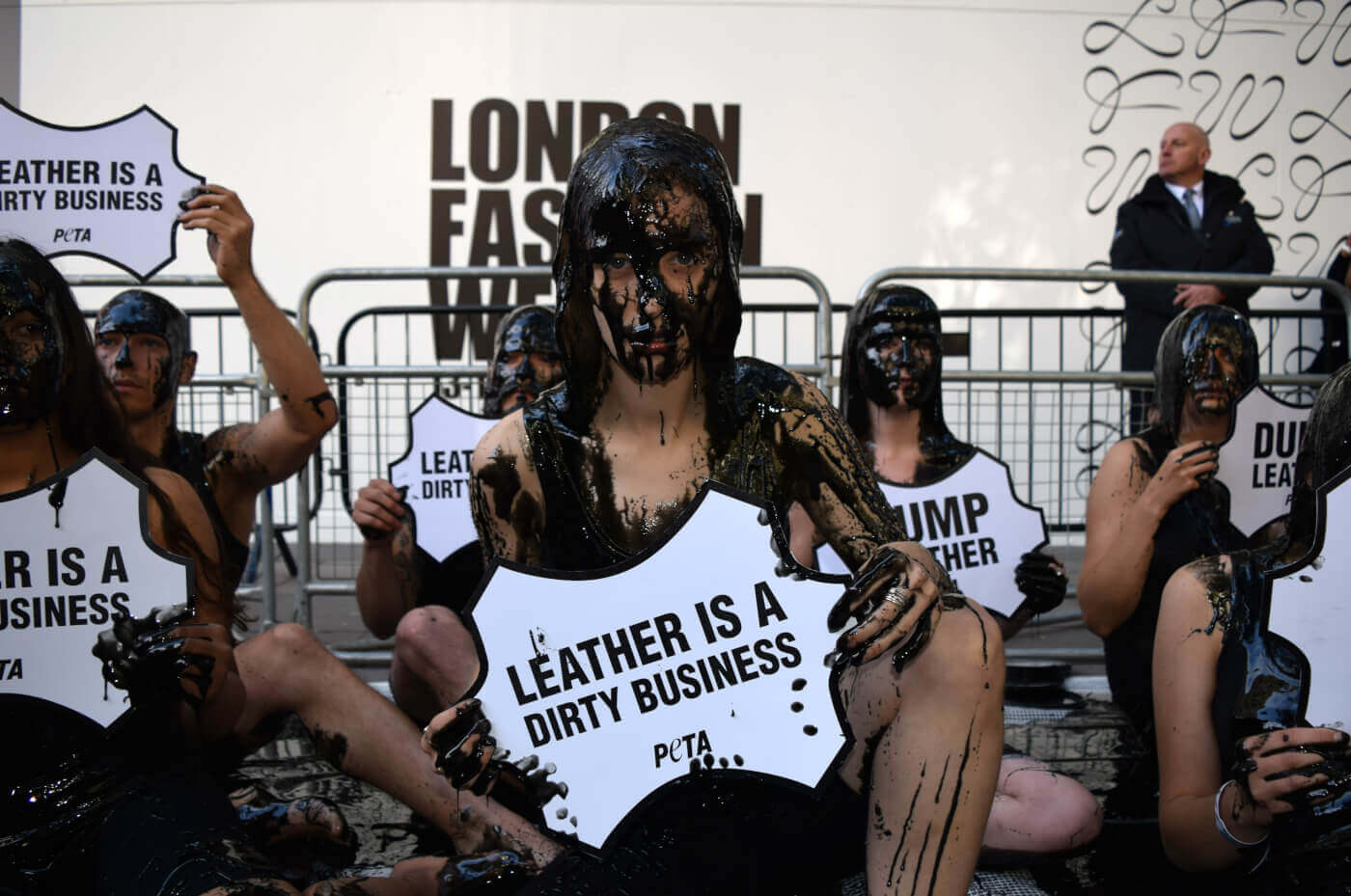 Go Vegan Before There Are No More Trees to Hug

Mother Nature needs our help—and you can do something about it. For Earth Day 2022, pledge to help save our planet by going vegan today!