Meat production is a leading cause of the climate crisis, water waste, and deforestation. Why is everyone overlooking this again?

1. Meat production wastes a ton of water.
2. It takes up to 1,800 gallons of water to produce 1 pound of meat.
3. Which is something like 50 full bathtubs.
4. Meanwhile, it takes 25 gallons of water to produce 1 pound of wheat.
5. Which is less than one bathtub of water.
6. Raising animals for food takes up half of all water used in the U.S.
7. You’d save more water by not eating a pound of meat than you would if you didn’t shower for six months. So keep showering (please), but stop eating meat. Mmmkay?
8. And it’s responsible for more water pollution than all other industrial sources combined.
9. Mostly because of the massive amounts of animal poop spilling into our waterways.
10. In West Virginia and Maryland, male fish are growing ovaries, and scientists suspect that this is the result of factory-farm runoff from drug-laden chicken feces.

11. Raising animals for food also tears down a whole bunch of rain forest.
12. Specifically, 55 square feet of rain forest for every single meal with rainforest beef.
13. Every six seconds, an acre of rain forest is cut down for cattle farming.
14. That’s around 14,400 acres every day.
15. About seven football fields of land are bulldozed worldwide every minute to create more room  for farmed animals.
16. In 2004–05, 2.9 million acres of the Amazon rain forest in Brazil were destroyed in order to grow crops to feed animals on factory farms.
17. And more than 80 percent of the Amazon rain forest that’s been cleared since 1970 is used for meat production. 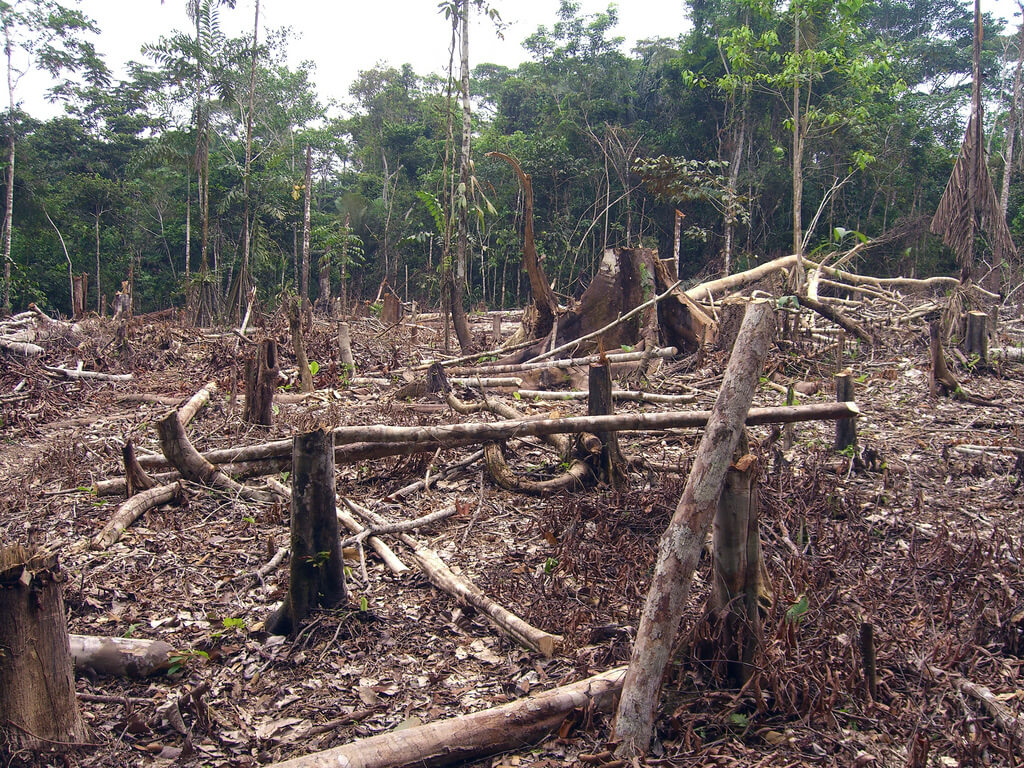 Slash and burn agriculture in the Amazon | Matt Zimmerman | CC BY 2.0

18. If we actually ate the foods we feed to farmed animals, we wouldn’t need to grow nearly as many crops, and we could eliminate the need to decimate the rain forest.
19. It’s a problem in the U.S., too.
20. About 260 million acres of U.S. forests have been cleared in order to create cropland to produce feed for animals raised for food. 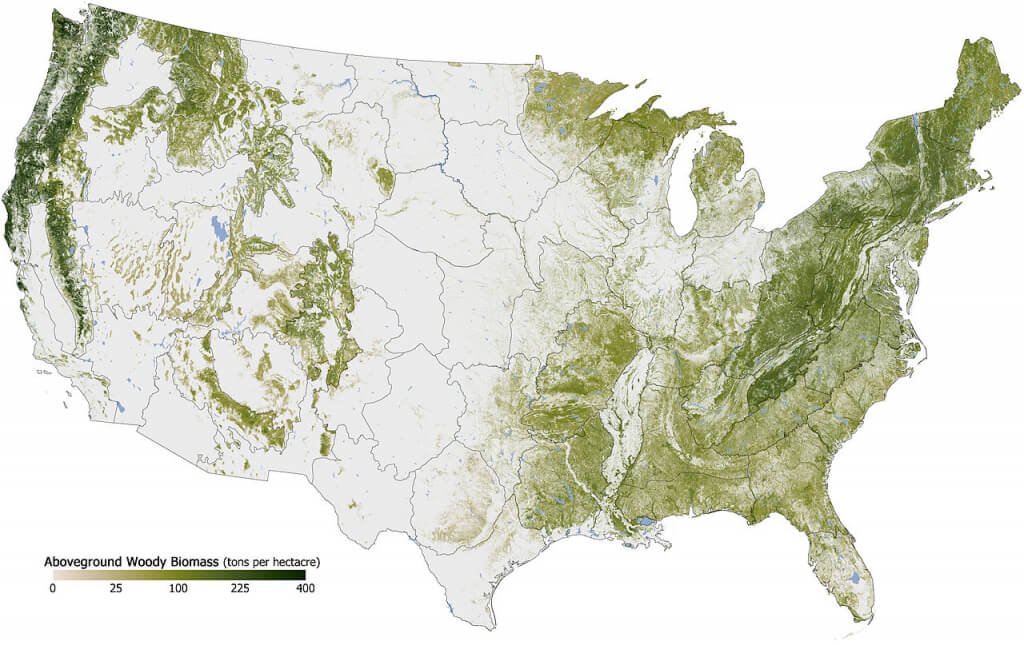 NASA
21. Livestock grazing is the number one reason that plant species in the U.S. go extinct.
22. The meat industry is directly responsible for 85 percent of all soil erosion in the U.S.
23. And then of course, there are those pesky greenhouse gasses.

There’s the part that people like to joke about …

24. … like how cow burps and farts make up 20 percent of U.S. methane-gas emissions.
25.  By some estimates, animal agriculture is responsible for more greenhouse gases than all of the world’s transportation systems combined.

Which isn’t funny at all.

26. In fact, a 2008 study concluded that a meat-eater’s diet is responsible for more than seven times as much greenhouse-gas emissions as a vegan’s diet is.
27. A vegan is responsible for the release of approximately 1.5 fewer tons of carbon dioxide into the atmosphere each year than is a meat-eater.
28. It takes more than 11 times as much fossil fuel to make one calorie from animal protein as it does to make one calorie from plant protein.
29. Of all raw materials and fossil fuels used in the U.S., more than one-third are devoted to raising animals for food.
30. Animal agriculture is a leading source of carbon-dioxide, nitrous-oxide, and methane emissions, the top three greenhouse gasses.
31. If every American skipped one meal of chicken per week and ate vegan food instead, it would be like taking 500,000 cars off the road.
32. And the University of Chicago found that going vegan is more effective in fighting the climate crisis than switching from a standard car to a hybrid. 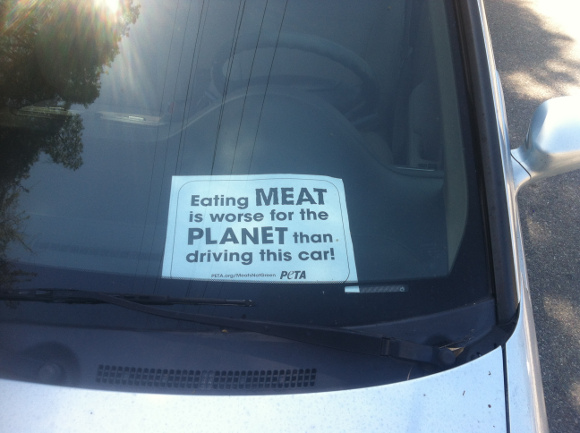 33. The National Audubon Society, the Worldwatch Institute, the Sierra Club, the Union of Concerned Scientists, and even Al Gore’s Live Earth say that raising animals for food damages the environment more than just about anything else that we do.
34. And the United Nations says that a global shift toward a vegan diet is vital if we are to combat the worst effects of the climate crisis.

So what are you waiting for—the polar ice caps to melt? Save the planet. Try vegan.

And if you think more people need a little dose of reality, share this page on Facebook.