VICTORY UPDATE: After intensive campaigning by PETA and tens of thousands of activists who sent e-mails, Air Transport Services Group (ATSG) has told PETA that it is ending the transport of monkeys to laboratories! This announcement comes one week after PETA urged Amazon—which recently partnered with ATSG—to ask the air carrier to end this cruel practice.

For too long, international air carriers have provided U.S. laboratories with a means of  importing monkeys from countries like China, where animals have no protection and are either torn away from their homes and families in the wild or bred on squalid factory farms. ATSG and its subsidiaries—Air Transport International (ATI) and ABX Air—have shipped thousands of monkeys to laboratories in the U.S., where they are frequently imprisoned, cut into, poisoned, crippled, deprived of food and water, addicted to drugs, infected with deadly diseases, and killed. During these transports, ATI was cited for repeatedly failing to meet even minimal animal care standards after monkeys were transported on long flights without food and water and in their own waste. The airline is currently under investigation by the U.S. Department of Agriculture.

PETA and our supporters have persuaded nearly every major airline in the world—including Air China, China Eastern Airlines, China Southern Airlines, Philippine Airlines, and United Airlines—to stop transporting monkeys to laboratories. Air France is now the last airline that continues to participate in this bloody business. 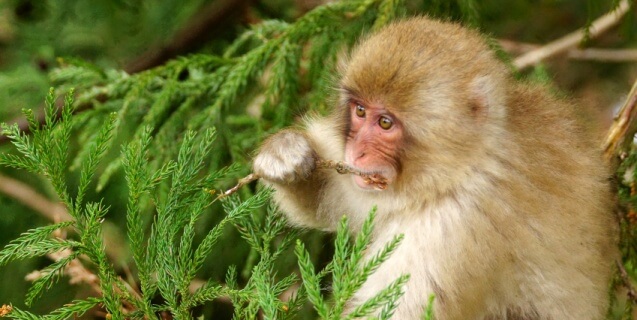 As laboratories become desperate to find ways to get their hands on monkeys to abuse in their painful and dead-end experiments, they’re now looking to charter airlines to handle their cargo.

Air Transport International (ATI) and ABX Air are subsidiaries of a charter airline company called Air Transport Services Group (ATSG). ATI and ABX Air continue to ship thousands of monkeys each year from China to laboratories in the United States, where they are imprisoned, cut into, poisoned, crippled, deprived of food and water, addicted to drugs, infected with deadly diseases, and killed. 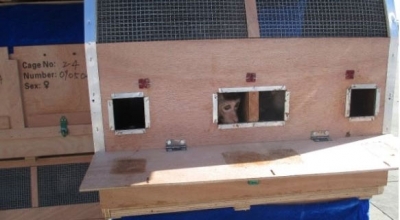 Federal documents show that, in 2014 alone, ATI was cited for numerous, repeated violations of the Animal Welfare Act, including transporting thousands of monkeys without a federal license to do so and not providing monkeys with food or water for more than 32 hours during a long, grueling flight from China to Texas. Inspectors also cited the company because they discovered that waste had pooled in the bottom of the monkeys’ wooden crates and was leaking out and that a bloodied monkey had lacerations across his face after being cut by a piece of sharp metal that had become detached from a crate.