We have very exciting news to share. Earlier this week, a representative from United Airlines phoned PETA to say that the airline will no longer transport primates for use in experiments anywhere in the world! In order to ensure that animal experimenters get the message loud and clear, United even posted the new policy on its website, and it leaves no one in doubt: The airline “do[es] not book, accept or transport primates to or from medical research facilities.”

United’s compassionate stance means that there isn’t a single commercial airline based in North America that is willing to transport primates to a cruel death in laboratories. This will make it much more difficult for experimenters to get their hands on primates in order to lock them away from their families and poison, cut up, and kill them. 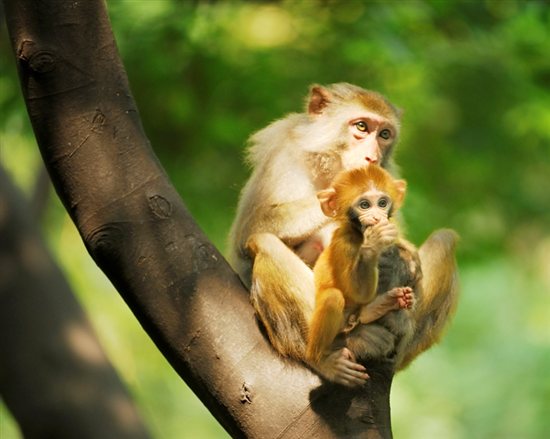 YOU helped make this possible! Last year, after we organized demonstrations against the airline at its offices around the world and purchased stock in the company with the intention of introducing a shareholder resolution this year, we encouraged our members and supporters to contact the company. Hundreds of thousands of you flooded United’s inboxes and Facebook wall with messages demanding that the airline stop profiting from cruelty to animals. One supporter even interrupted a United senior vice president at a trade conference, took over the microphone, and announced to attendees that United was the last U.S. airline that was still transporting primates to be abused and killed. 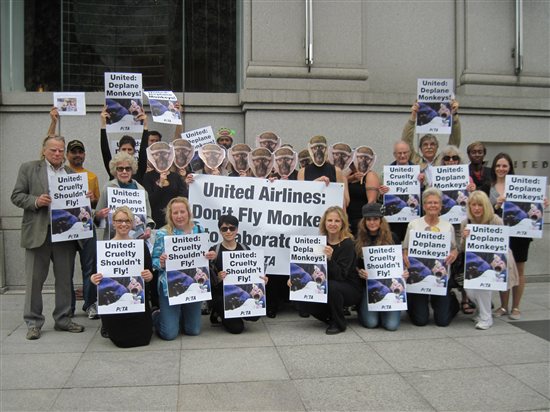 United’s new policy means that only four major international airlines remain in the world that are willing to shuttle primates off to years of torment in exchange for a few dollars in revenue. Let’s make that number zero. Please take a moment to tell Air France, China Eastern Airlines, Philippine Airlines, and Vietnam Airlines that you won’t be flying with them until primates don’t either.