February 5, 2019, marked the Chinese lunar new year, and we’ve officially entered the Year of the Pig. According to TheChineseZodiac.org, 2019 will be “an auspicious year because the Pig attracts success in all the spheres of life”—so now’s a great time to celebrate pigs for the unique, highly intelligent, and endlessly lovable animals they truly are.

If you’ve already covered the lunar new year in your classroom, any of these activities can serve as a perfect follow-up to your discussion. And if you haven’t, you now have a perfect reason to do so. 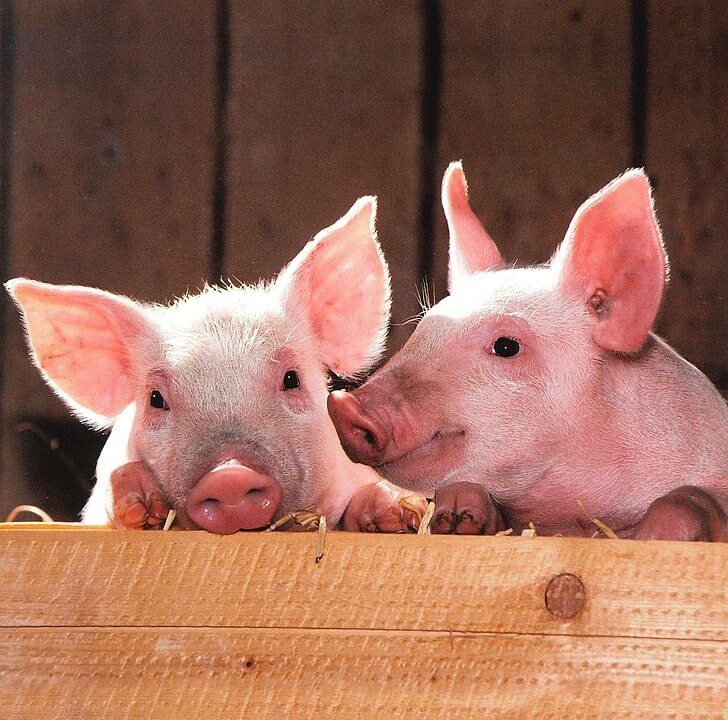 Check out these five activities about pigs that will help instill compassion for animals in your students and get them excited about honoring animals during the Year of the Pig.

Pigs really aren’t so different from dogs. Did you know that pigs recognize their own names, are able to learn tricks (like sitting for a treat!), and lead social lives that are as complex as those of primates? They’re social, playful, and protective, and they form bonds with one another. Many pigs even sleep in “pig piles,” in the same way that dogs sleep nestled together.

Pigs share a lot of similarities with humans, too. They enjoy relaxing in the sunshine, getting a massage, listening to music, and playing with soccer balls. They can even play video games! Just like us, they dream when they sleep, and they also show empathy for other pigs. Some love to cuddle, while others prefer to have their own space—just as we and all animals have different personalities and preferences.

If your students are in grades K–5, have them watch this video, “Cool Facts About Pigs”:

If your students are in grades 6–12, have them watch this video, “10 Things You Didn’t Know About Pigs”:

Now read the following excerpt, which is adapted from the PETA article “The Hidden Lives of Pigs”:

What the Experts Say

Pigs communicate constantly with one another. More than 20 types of oinks, grunts, and squeals have been identified, which they use for different situations—from wooing their mates to expressing hunger. Newborn piglets learn to run toward their mothers’ voices, and mother pigs “sing” to their young while nursing.

Pigs have very long memories. Dr. Stanley Curtis, formerly of Penn State University, put a ball, a Frisbee, and a dumbbell in front of several pigs and was able to teach them to jump over, sit next to, or fetch any of the objects when asked to—and they could still distinguish between the objects three years later.

Biologist Tina Widowski studies pigs and marvels at their intelligence: “When I was working with the monkeys, I used to look at them and say: ‘If you were a pig, you would have this figured out by now.'”

Scientists at the University of Illinois have learned that pigs not only have temperature preferences but can also figure out through trial and error how to turn on the heat in a cold barn and turn it off again when they get too warm.

Pigs have been known to save the lives of others, including their human friends. According to BBC News, a pig named Pru saved her guardian’s life by dragging her out of a muddy bog. “I was panicking. I didn’t know what to do and I think the pig sensed this,” she said. “Without Pru I wouldn’t have been able to get out of the mire.”

In addition to Pru, there’s Priscilla, a pig who saved a young boy from drowning; Spammy, who led firefighters to a burning shed to save her calf friend Spot; and Lulu, who got help for someone who had collapsed from a heart attack. One pig, named Tunia, chased away an intruder, and another, named Mona, held onto the leg of a suspect attempting to flee until the police arrived.

Many pigs who have ended up in sanctuaries found their new homes after jumping off slaughterhouse-bound trucks and escaping. And in England, a stone carving of a pig named Butch was placed on a historic cathedral after he and his friend Sundance escaped from a slaughterhouse and roamed the countryside for several days before being captured. Fortunately, a national outcry against their slaughter allowed the duo to go to a sanctuary.

Now, have students answer the following questions about all that they’ve learned: 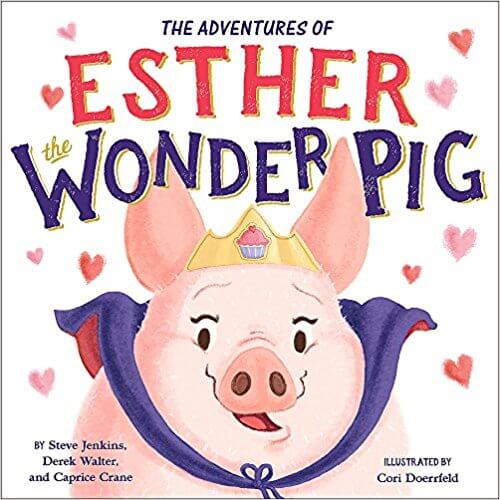 The Adventures of Esther the Wonder Pig is a story about an adopted piglet who grows much larger than her two guardians expected. It’s a journey of discovery for all three of them and is inspired by the true story of a pig named Esther. Read the book to your class, then supplement the reading with TeachKind’s “Esther’s Story: Don’t Judge a Book by Its Cover” activity, which includes full-color worksheets, comprehension questions, and more. 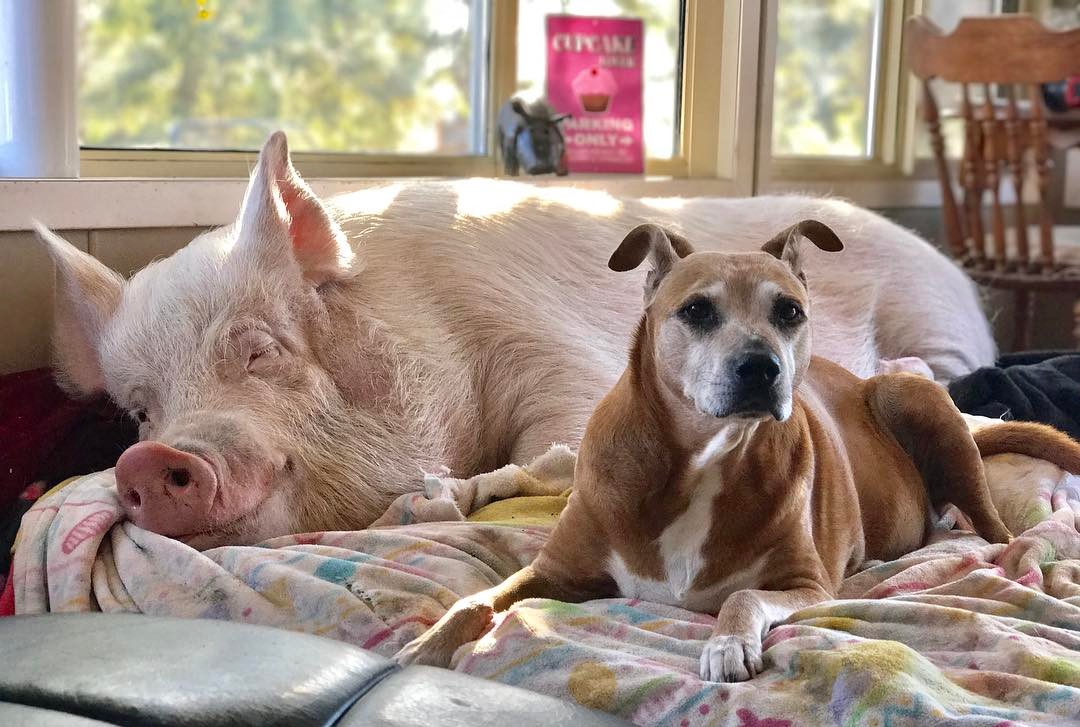 In addition to the activities surrounding The Adventures of Esther the Wonder Pig, TeachKind also offers a rescue story reading comprehension worksheet on Esther, so your students can learn more about her past. 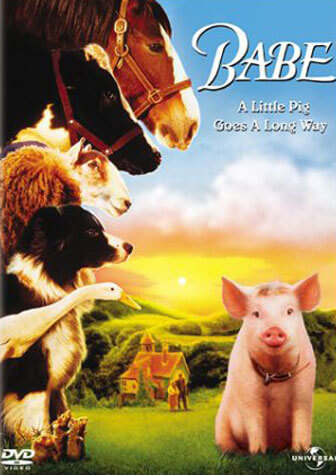 Charlotte’s Web tells the story of Wilbur the pig, and as it progresses, the audience grows to love him and his relationship with Charlotte, the barnyard spider. The characters can help students recognize that animals have feelings, just like us, and that their lives are just as important as ours. 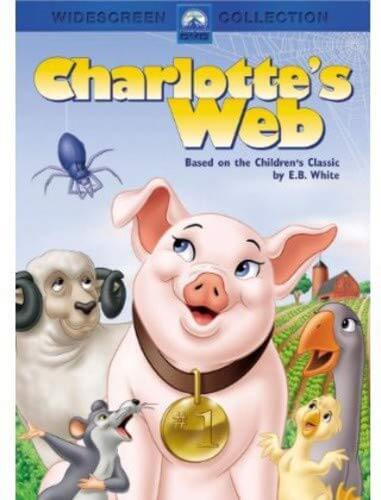 It’s the Year of the Pig, so after discussing fun facts about these fascinating animals, allow your students to embody a pig by doing a fun mask-making activity. Simply print out the PETA Kids pig mask and have students color it and cut out holes for their eyes. 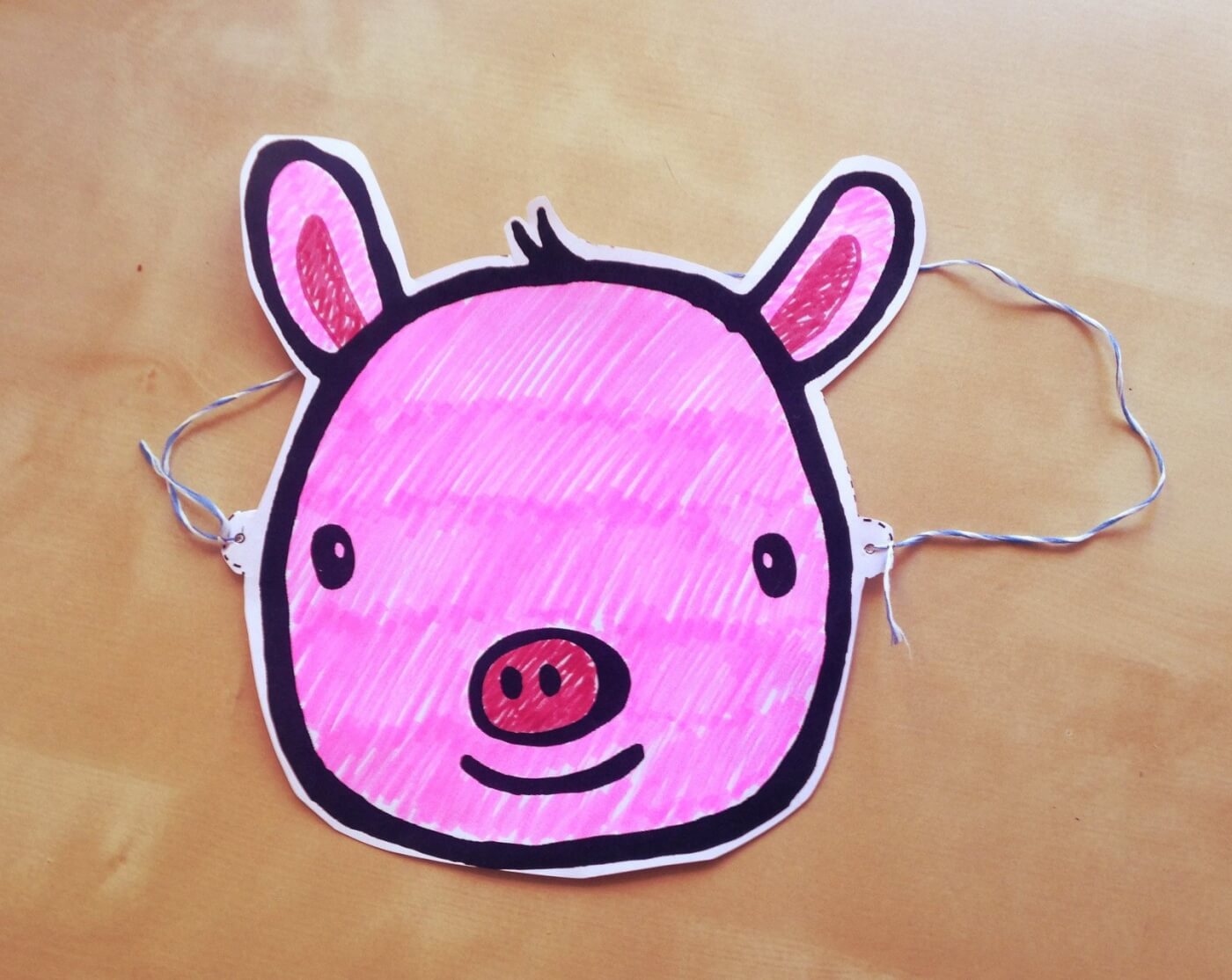 Use the ‘Animals Are Friends, Not Food’ Coloring Sheets

If we really want to celebrate pigs, the best thing we can do is make sure they’re able to live in peace—which means not eating them. Check out PETA Kids’ “Animals Are Friends, Not Food” coloring sheets, which remind us that all animals deserve our respect—and that no animals deserve to suffer and die for someone’s meal. 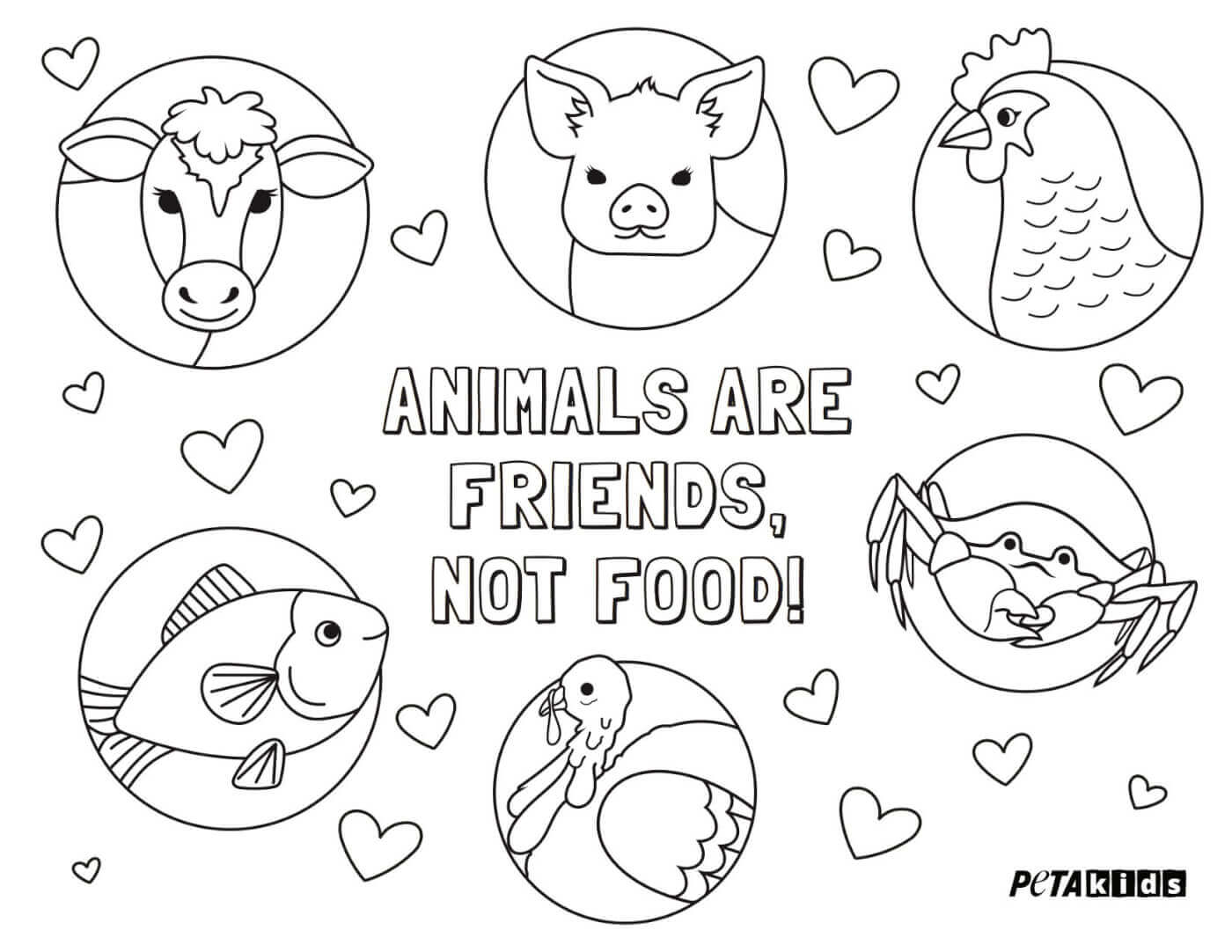 Want to see more fun and compassionate activities for the humane education–focused classroom?

Check Out TeachKind’s Other Free Lesson Plans and Activities 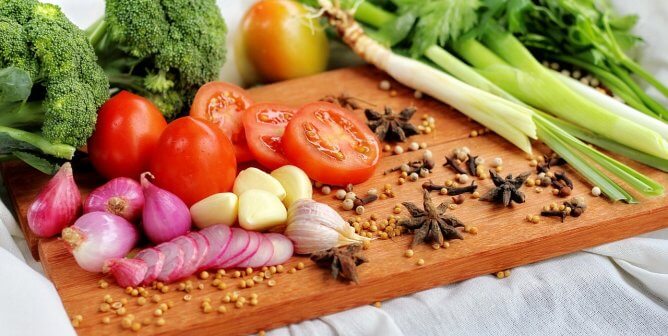 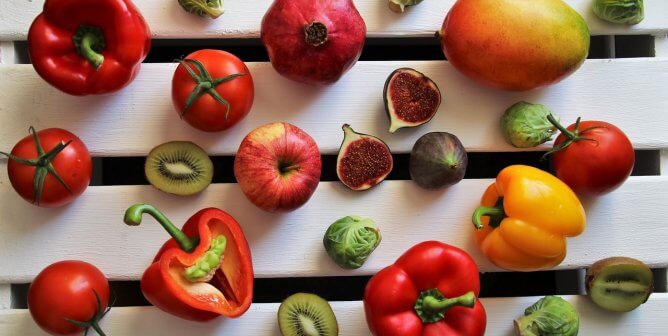 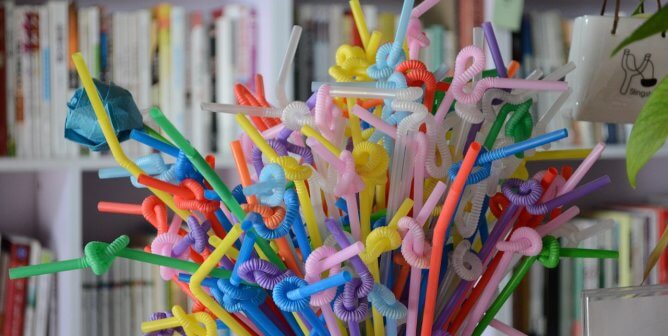 Replacing Straws in the Classroom 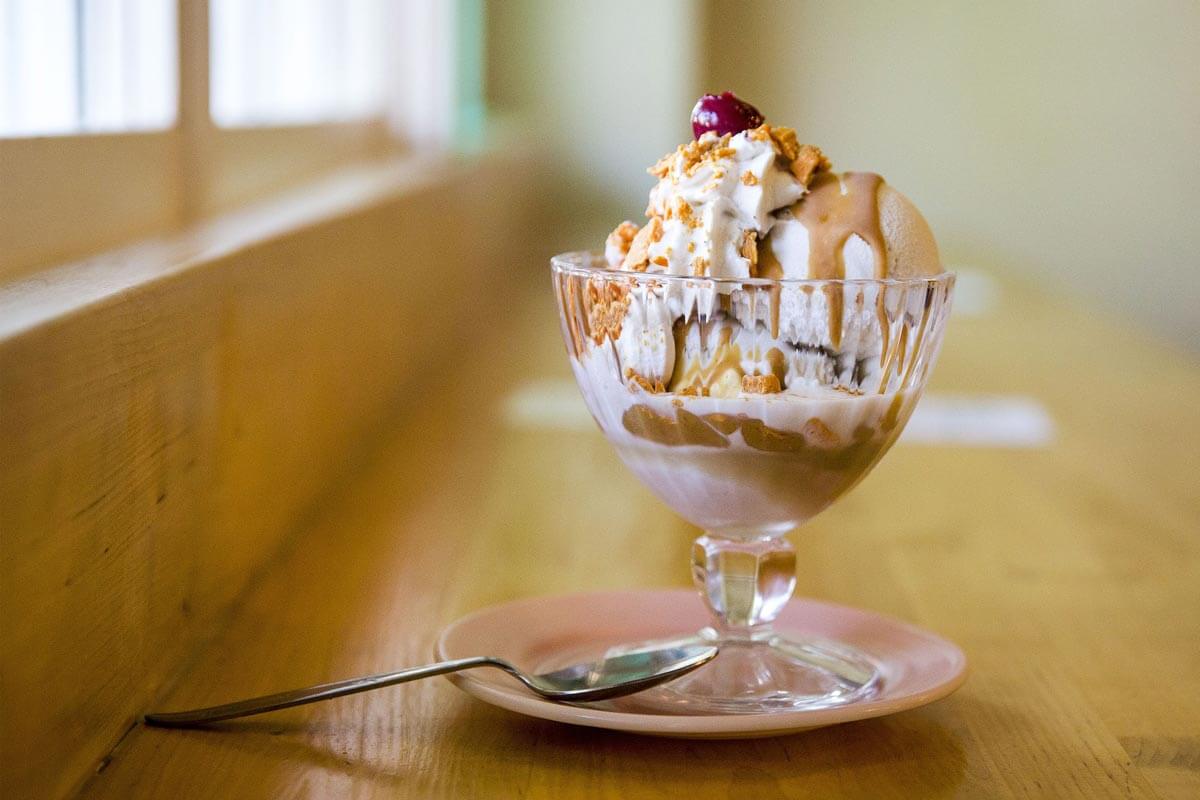