Trader Joe’s is always rolling out new vegan treasures, because it knows what the people want! 💁 In fact, there are so many innovative products coming our way that we wanted to make sure you’re making the most of the vegan cheese options at Trader Joe’s.

Why? Because after being forcibly inseminated over and over again, mother cows endure the heartache and panic of seeing workers drag their newborns away before their swollen, sensitive udders are pumped for milk. If the baby is male, he’ll be isolated and then killed for veal. And eventually the mother will be slaughtered, too, once her body is too worn to carry on—usually when she’s reached only a quarter of her natural life expectancy. 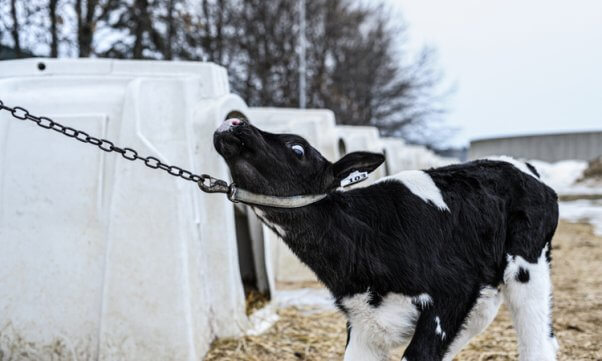 So, dairy-free cheese, anyone? Use this list to make sure you’re taking full advantage of all the vegan cheese options at Trader Joe’s. There are probably more than you think!

Trader Joe’s just rolled out brand-new vegan cheddar cheese slices that you can use in sandwiches and are also great for melting. But here’s the best part: They’re made from cashews, coconuts, and potatoes. They’re also gluten-free and soy-free, so they can be enjoyed by even the pickiest and most allergen-sensitive of mice. 🧀 🐭

Trader Joe’s Dairy Free Cheddar Style Slices. I thought these had a great flavor, but did not melt well. I’m still really happy to see more vegan cheese options! Will you try this one? $3.99!

TJ’s is running with the cashew craze and has also rolled out some new and improved mozz shreds. What a great excuse to make pizza!

Who’d have thunk that you could get delicious queso made of organic cashews, potatoes, carrots, onions, and a few other veggies and seasonings? It’s vegan magic. 🌱✨

Pro tip: Up your queso game with some TJ’s vegan soy chorizo. Simply crumble it into the dip, heat it all up, and go to town—figuratively. Don’t actually leave your house … or have people come over. It’s better that way. Your guests would just eat all your queso. Fiesta for one, please. 🕺🥔🥕🧅

This stuff is great for making pizza, sprinkling on top of vegan chili, or shoveling right down your gullet when no one’s looking.

Miyoko’s products make shopping at Trader Joe’s even more worthwhile. The brand’s shmear goes great on bagels, as you may have guessed. But we encourage you to have some fun with it, like by dipping pretzel sticks into it … or, who knows, maybe spreading it onto some fancy crackers. This is about “un-loxing” your dreams, people! Don’t hold back.

Eat this instead of topping your bagel with smoked salmon—because salmon, like all other fish, can feel pain and fear and want to live in peace. These intelligent animals learn from each other and can navigate nearly 2,500 miles to spawn in the same stream they hatched in, identifying one stream out of several thousand options. About four-fifths of the salmon consumed in the U.S. are farm-raised by the millions in netted cages, and fish farmers often beat large ones to death with baseball bats. It benefits you to skip eating fish, too, as they ingest and absorb mercury—and the toxin is then absorbed by anyone who eats their flesh, which can lead to serious health problems. It’s worth noting that fish consumption is the sole source of human exposure to this poison.

Trader Joe’s makes its own brand of nooch! Nutritional yeast has a consistency similar to that of powdered Parmesan cheese and a cheesy flavor that’s great when making your own vegan dips and sauces—or you could just sprinkle it directly onto your food.

Nooch is a complete protein, meaning that it provides all nine of the essential amino acids that your body can’t make on its own. It’s also commonly fortified with vitamin B12. A typical serving (just 2 tablespoons) contains 9 grams of protein and 4 grams of fiber.

Vegan cream cheese can be used for making cheesecakes, dips, and creamy sauces. Or you could slather it right on a toasty bagel and kick things up a notch by topping it off with some TJ’s raspberry fruit spread (for a sweet sensation) or Everything but the Bagel seasoning (for pure savory satisfaction). 👌

TJ’s has all the nuts you need to make your own nut-based Parmesan. Just toss some cashews, pistachios, almonds, nutritional yeast, salt, and garlic powder into a blender, pulsate for a few, and voilà. You can store it in a mason jar in the fridge and it’ll last forever (around two months). You could also replace any of those nuts with macadamia nuts, Brazil nuts, or walnuts—basically, any combo of nuts or seeds, such as pumpkin or sunflower, will do. Just go nuts with it. 😏

Using a cup or so of TJ’s raw cashews (soaked overnight), this recipe only requires equal parts cashews (drained and rinsed) and filtered water along with a splash of lemon juice and a dash of salt to taste. Blend it all up, and it’ll last for up to a week in the fridge.

Pro tip: Add garlic, garlic powder, or garlic granules for a more, well, garlicky flavor—or add nooch to make it taste cheesy! The only limit to the flavors you infuse is your imagination.

Same. And cows, who are known to get excited when they solve a puzzle, would likely also jump for joy knowing that you’re voting with your dollar not to harm them and their babies. 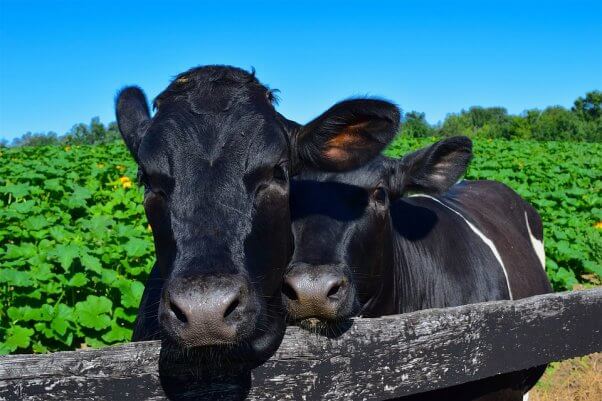 But before you arrive at the store (by car, bicycle, or teleportation), we can’t stress it enough: Trader Joe’s has a few cheese products labeled “soy,” “dairy-free” or “lactose-free” that still contain casein—a milk protein sourced from abused cows. Dr. T. Colin Campbell, author of The China Study, found casein to be “the most relevant chemical carcinogen ever identified.” And the casomorphin in casein attaches to the brain’s opiate receptors and triggers an addictive response comparable to heroin’s effects. That’s why people sometimes feel like they “can’t live without cheese.” But they can—it’s cows who can’t live if we eat (dairy-based) cheese. So when shopping, always read ingredient labels. There’s nothing worse than buying “soy cheese” only to realize later that there’s casein in it.

Check Out All the Vegan Cheese Options at Whole Foods