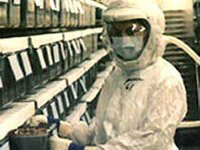 There is much scientific evidence documenting the failure of animal-based toxicity tests to accurately predict human reactions to chemicals. Such errors are not surprising, given the many differences that exist between species in terms of their anatomy, physiology, biochemistry, and metabolism. Such variables make the cross-species extrapolation of test results an extremely uncertain exercise.

The following examples illustrate some of the key shortcomings of animal-based toxicity studies:

What experts have said about chemical-testing on animals:

It is simply not possible with all the animals in the world to go through chemicals in the blind way we have at the present time and reach credible conclusions about the hazards to human health.
Dr. Joshua Lederberg, Nobel Laureate in Medicine

It is generally accepted that correlations [between animal test results and human safety] are not good due to species differences.
Frank Barile, Ph.D.
Department of Toxicology
City University of New York

Extensive safety testing on millions of animals will seriously delay the acquisition of important safety information, because many of these tests are expensive, time-consuming, and of dubious scientific value.
Gill Langley, Ph.D.
Du Hadwen Trust

Animal studies of lead, mercury, and PCBs each underestimated the levels of exposures that cause effects in humans by 100- to 10,000-fold. Regulatory decisions that rely largely on toxicity testing in genetically similar animals under controlled laboratory conditions will continue to fail to reflect threats to the capacities and complexity of the human brain as well as important gene-environment interactions.
Physicians for Social Responsibility