Hip-hop mogul Russell Simmons, a longtime vegan, is starring in a new mass-transit PETA ad campaign encouraging anyone who wants to get healthy, go green, or help animals in 2014 to go vegan. The ads are currently running on buses throughout Washington, D.C., and on The Tide light rail in Norfolk, Virginia—home to PETA’s HQ, the Sam Simon Center. 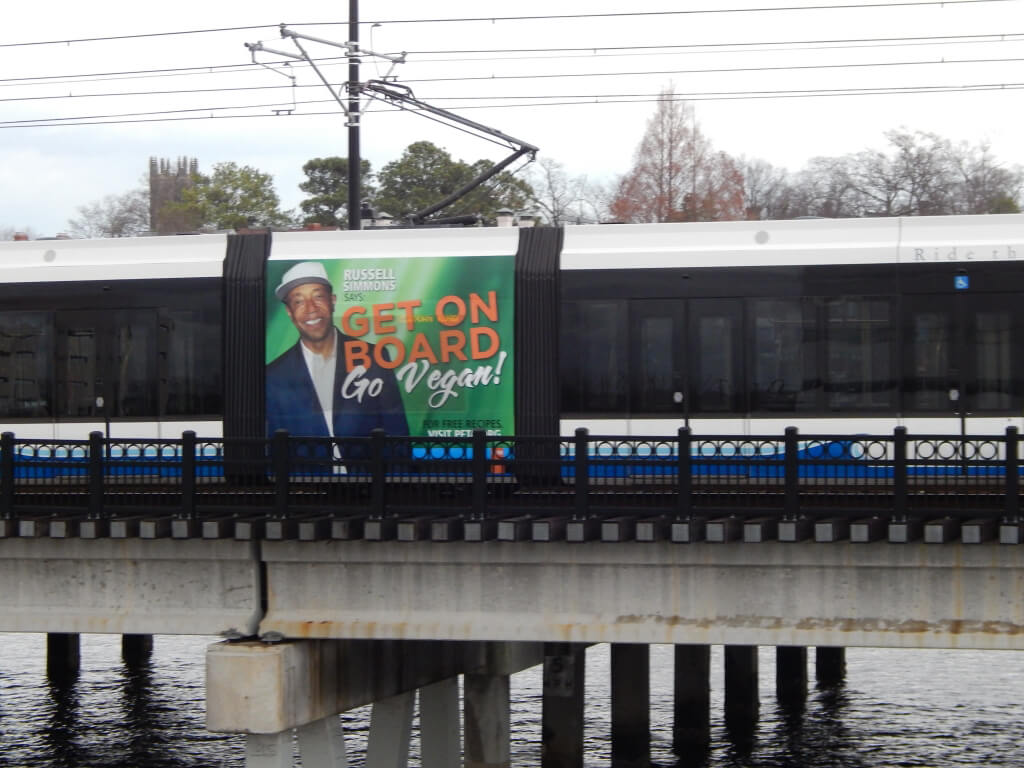 On the coldest day in 15 years, PETA’s ever-popular “Lettuce Ladies” braved the frigid weather to help kick off the campaign in Norfolk with free veggie burgers at a downtown stop. The ads will continue to run on The Tide throughout January and February. 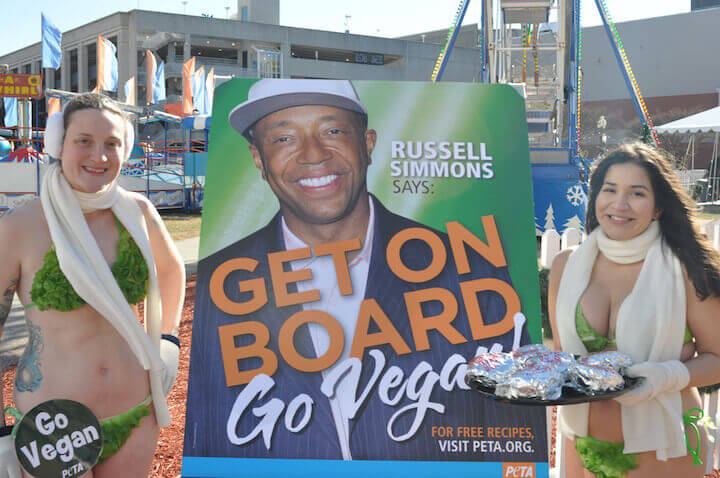 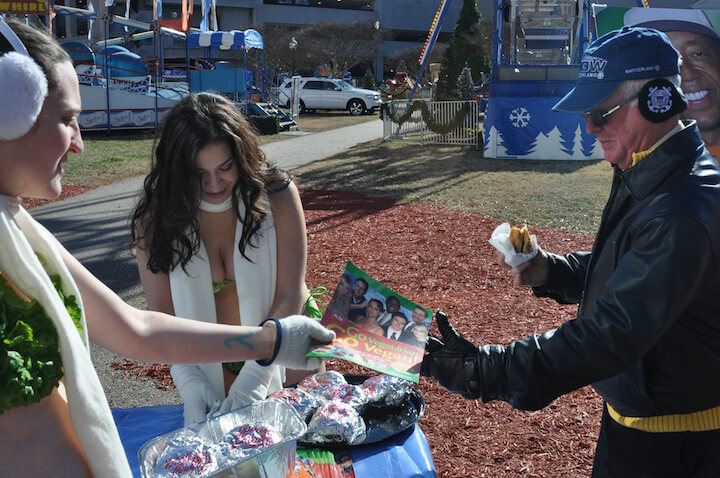 “I am particularly saddened that in poor urban communities the cheapest, most accessible food is fast food, which is also the most likely to increase the risk of developing various diseases and illnesses,” says Simmons. “That is why, whenever I can, I use my voice to speak out for healthier food options.”

Eating meat, eggs, and dairy products has been conclusively linked to heart disease,  strokes, diabetes, cancer, and obesity,  according to the Academy of Nutrition and Dietetics.

Vegans, by contrast, are nine times less likely to be obese than meat-eaters are and less likely to develop heart disease and cancer. A recent study also reinforced the link between meat consumption and developing type 2 diabetes.

Get on board with Russell, Tia Mowry, and other healthy celebs, and go vegan! Visit our Living section to find out more.