With the introduction of a bill proposing to ban the sale of fur, New York City has come one step closer to being the largest city in the U.S. to do so—following in the footsteps of Los Angeles and San Francisco. And with PETA’s help, the proposal is getting support from influential figures across film, music, and fashion.

Ahead of the New York City Council’s first hearing to debate the bill, PETA joined forces with the following celebrity activists to inform the public about why it’s time that the Big Apple said farewell to the archaic and cruel fur industry.

RZA: ‘Help NYC Move Into the Future of Fashion’

Wu-Tang Clan member and proud vegan RZA knows his hometown, New York City, is ready for a fur-free future. In a letter to city council members, the rapper and entrepreneur pushes back against the idea of fur as a status symbol, writing that people don’t need to wear the skins of dead animals to feel like they’ve “made it.” Here’s his letter:

I am writing to ask that you support Speaker Johnson’s bill to ban fur sales in New York City. I am Brooklyn-born but have had deep ties to all five boroughs since my earliest days with Wu-Tang Clan. Though it may be argued by some that fur used to show elite status in our community because of the inequality we face in society, those days are done. That’s reflected in a poll that shows 77% of black NYC voters support the bill. Those who have expressed that animals must die by the dozens to demonstrate that we have “made it” only show arrogance and represent regressive—not progressive—attitudes. I don’t just say this as an entrepreneur with a line of vegan clothing. Please help NYC move into the future of fashion by becoming a cosponsor of the bill to ban fur sales.

Anjelica Huston: ‘This Is a Bill the Entire City Should Celebrate’ 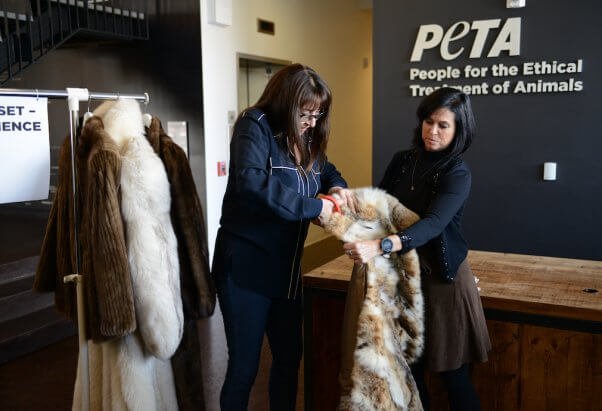 Actor Anjelica Huston used to think fur was a “symbol of glamour and affluence.” But that was before she learned that animals killed for their fur are confined to cramped cages before being gassed, electrocuted, drowned, or even skinned alive. In an op-ed published in the New York Daily News, the Academy Award winner writes that the New York bill would protect consumers—who may be unknowingly buying dog and cat fur labeled as “faux”—as well as animals.

“There is so much violence in the world beyond our control, so let’s eliminate whatever cruelty we can—especially when it’s for something as unnecessary these days as fur.”

From Parsons to Project Runway, Tim Gunn has advocated for a fur-free world in which designers can “make it work” without killing animals. In an op-ed published a week before the bill’s initial hearing, the longtime New Yorker used his influential voice to support the city’s ban on fur, citing his work speaking out against the fur industry, as well as quoting prominent designers who have gone fur-free: “When my Project Runway cohort Michael Kors banished fur from his collections, he said, ‘We now have the ability to create a luxe aesthetic using non-animal fur.’ Donatella Versace declared, ‘Fur? I am out of that. I don’t want to kill animals to make fashion. It doesn’t feel right.'”

Morrissey: ‘It’s Time to Rid the Racks of the Stuff’ 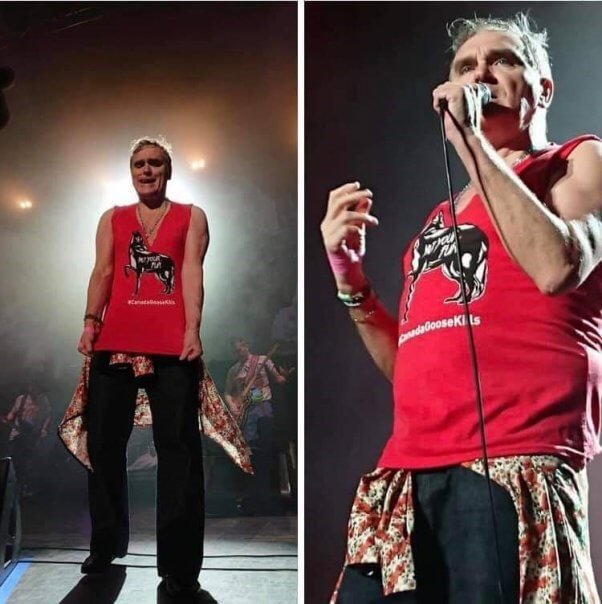 Morrissey never shies away from an opportunity to speak up for animal rights, and this proposed fur ban is no exception. In addition to writing a letter to the bill’s prime sponsor, Council Speaker Corey Johnson, the British rocker invited PETA to post up at his weeklong Broadway show to enlist fans to urge their council members to support the ban. Here’s Morrissey’s letter:

I was so happy to hear of your bill to ban the sale of fur that I have asked PETA to enlist New Yorkers at my concerts this week to urge their council members to support it. Back home, a similar effort is underway in Parliament to ban fur sales throughout the U.K. As in New York, stores in England have been caught selling real dog and cat fur from China falsely labeled as fake. It’s time to rid the racks of the stuff in order to protect all fashion victims, both human and nonhuman. Keep up the good work.

This is the second time in recent weeks that we’ve joined forces with the singer to speak out against the fur and trapping industries. Earlier this spring, PETA traveled with Morrissey on his Canadian comeback tour to inform fans about the coyotes and geese who are abused and killed to make Canada Goose jackets.

In addition to building celebrity support for the ban, PETA has informed city council members about the ferocious methods used by trappers to torture and kill animals. In meetings with council members, PETA representatives snapped pencils in steel-jaw traps identical to those used by trappers to catch animals like coyotes. The pencils break in the blink of an eye, giving witnesses a sense of the destructive power of these traps and the excruciating pain experienced by animals caught in them. “Some of the shards of the pencil fly eight feet across the room and [council members] imagine that being an animal’s bone—it puts a visceral face on a talking point,” PETA Senior Vice President Dan Mathews said in a recent interview about the fur ban. 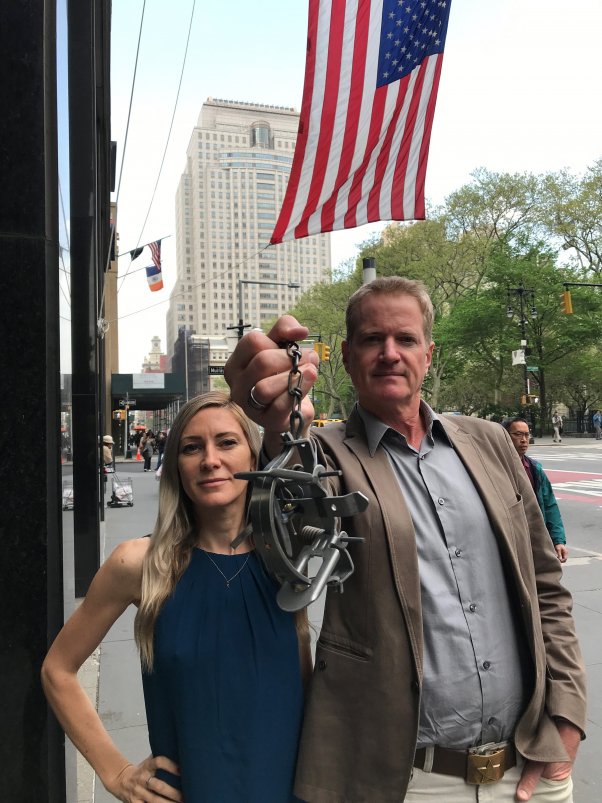