There are no penalties for abusing animals on fur farms in China, which is the world’s largest fur exporter, supplying more than half of the finished fur garments imported for sale in the United States. Foxes, minks, rabbits, dogs, cats, and other animals pace and shiver in outdoor wire cages, with no shelter from driving rain, freezing nights, or the scorching sun.

Mother animals, who are driven crazy from rough handling and intense confinement and have nowhere to hide while giving birth, often kill their babies after delivering litters. Disease and injuries are widespread, and animals suffering from anxiety-induced psychosis chew on their own limbs and throw themselves repeatedly against the cage bars.

Before they are skinned, animals are yanked from their cages, thrown to the ground, and bludgeoned. Undercover investigators from Swiss Animal Protection/EAST International found that many animals are still alive and struggling desperately when workers flip them onto their backs or hang them up by their legs or tails to skin them.

When they begin to cut the skin and fur from an animal’s leg, the free limbs kick and writhe. Workers stomp on the necks and heads of animals who struggle too hard to allow a clean cut.

When the fur is finally peeled off over the animals’ heads, their hairless, bloody bodies are thrown onto a pile of those who have gone before them. Some are still alive, breathing in ragged gasps and blinking slowly. Some of the animals’ hearts are still beating five to 10 minutes after they are skinned. One investigator recorded a skinned raccoon dog on the heap of carcasses who had enough strength to lift his bloodied head and stare into the camera.

When investigators went into another animal market in southern China, they were horrified to find dogs and cats being bludgeoned, hanged, bled to death, and strangled with wire nooses so that their fur could be turned into trim and trinkets.

They found cats and dogs languishing in tiny cages, visibly exhausted. Some had been on the road for days, transported in flimsy wire-mesh cages with no food or water.

Twenty cats were forced into a single cage. Because of the cross-country transport in such deplorable conditions, the investigators were able to see dogs and cats with open wounds, dying cats and dogs inside the cages, and dead cats on top of the cages. Some animals were lethargic or frightened, and others were fighting with each other, driven insane from confinement and exposure.

Up to 800 animals are loaded onto each truck, with cages stacked on top of each other. Cages containing live animals are commonly tossed from the tops of the trucks onto the ground 10 feet below, shattering the legs of the animals inside them. Many of the animals still had collars on, a sign that they were once someone’s beloved companion, stolen to be made into a fur coat.

This fur from China is often deliberately mislabeled as fur from other species and is exported to countries throughout the world to be sold to unsuspecting customers in retail stores. Since China supplies more than half of the finished fur garments imported for sale in the United States and since dog and cat fur is often mislabeled, if you’re buying fur, there’s no way to tell whose skin you’re wearing, including that of a dog or cat. 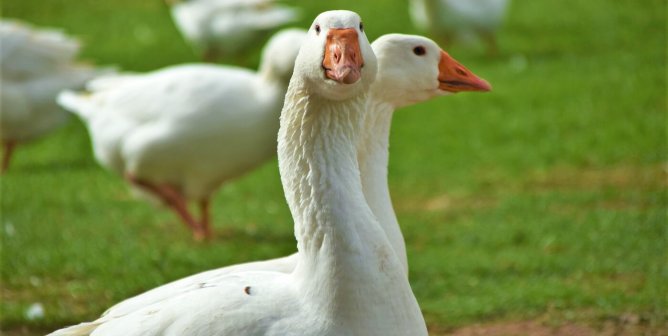