There’s no way to justify forcing dogs to haul a heavy sled across icy terrain in subzero temperatures for up to 100 miles a day in the Iditarod race. Even four-time Iditarod champion Susan Butcher couldn’t defend it. 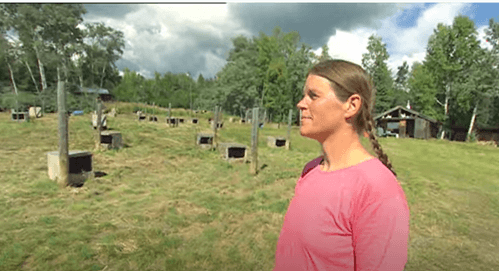 This is a screenshot from a Trans World Sport YouTube video, in which Susan Butcher says people applauded her because she “takes such good care of her dogs,” but in reality, she raced four of them to death. This shows that all mushers who participate in the Iditarod still cruelly put dogs at risk of injury and death.

Butcher was right: An event that causes dogs to sustain strained muscles and stress fractures as well as suffer from bloody stomach ulcers, dehydration, intestinal viruses, severe exhaustion, and aspirational pneumonia can never be considered humane.

Dogs used in the Iditarod are subjected to cruelty on and off the trails. When they aren’t being forced to run the approximately 1,000-mile race through Alaska’s unforgiving landscape, dogs are chained outside 24/7 in the bitter cold. A PETA undercover investigation into kennels operated by former Iditarod winners exposed that workers struck dogs in the face, tore scabs and tissue off a dog’s infected wounds, and routinely gave animals inadequate, moldy food. 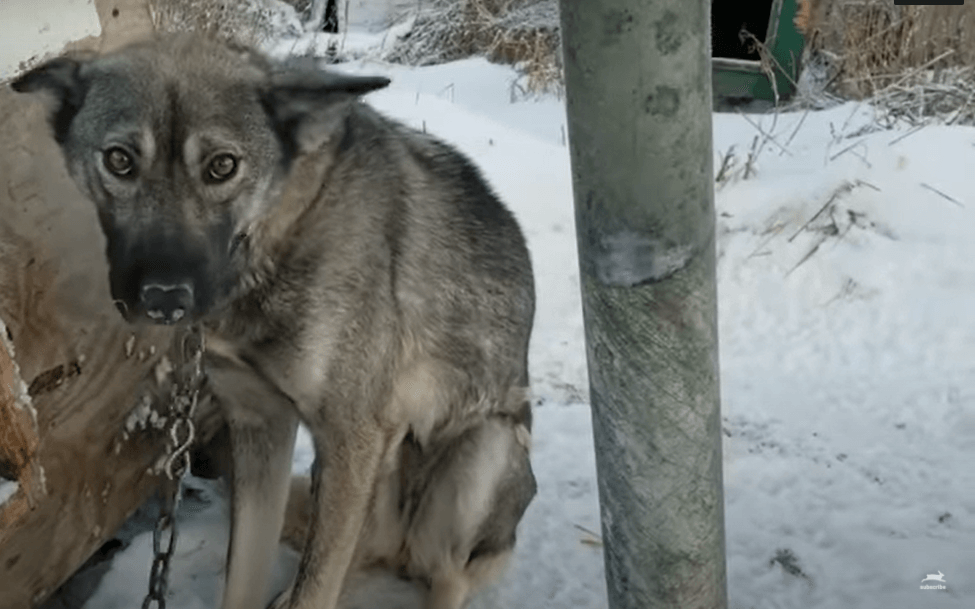 Butcher could speak firsthand to the deadly consequences of the Iditarod: Four of the dogs she forced to run died during the grueling race. The Iditarod has killed more than 150 dogs since its inception, and countless others die during the off-season. Aspiration pneumonia (caused by inhaling vomit), heart attacks, excessive fluid in the lungs, being struck by a car or snowmobile, and being buried in the snow are just some of the ways dogs’ lives have been painfully snuffed out.

Nearly 30 years after Butcher urged mushers to “clean up [their] act,” the Iditarod is still hell for dogs. In the 2020 race, more than 220 dogs were pulled off the trail because of exhaustion, illness, injury, and other causes, forcing the rest to work even harder. Musher Nicolas Petit forced his team to keep running, even though the dogs were reportedly vomiting, several had frostbite, and one likely needed stitches. Another musher, Mitch Seavey, reportedly threw a dog down and pinned her muzzle to the ground while on the race’s livestream. This doesn’t look like a “clean act” to us—it looks like the same abuse that Butcher spoke about decades ago.

Exhausted dogs were run for dozens or hundreds of miles to train for the Iditarod and to give tours to tourists. One dog with an injured paw who was forced to run repeatedly “gave up” and was dragged.

After years of pressure from PETA, more than a dozen companies—including ExxonMobil, Chrysler, Coca-Cola, and Alaska Airlines—have stopped sponsoring the Iditarod. Help PETA end this deadly race by urging other companies, including Donlin Gold and Liberty Media/GCI, to cut ties with it. 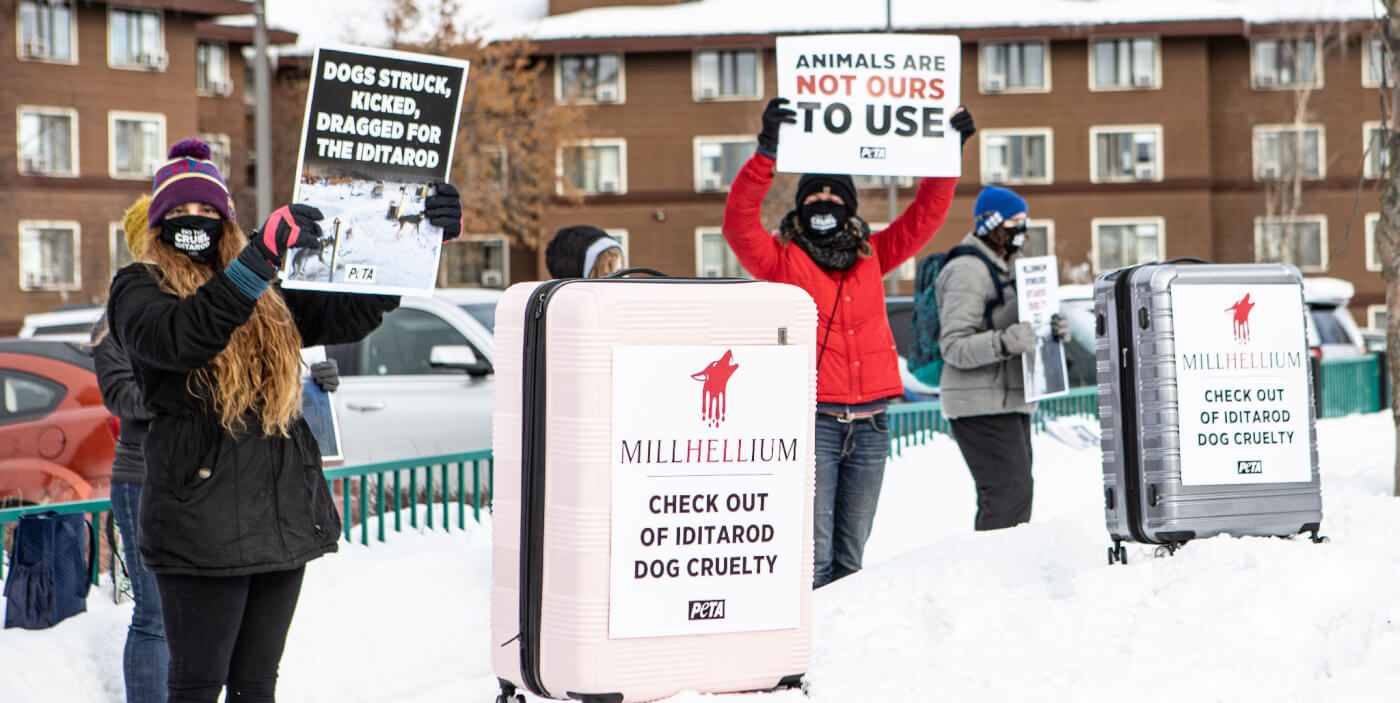 Urge Donlin Gold to Cut Ties With the Iditarod