Seaspiracy, a documentary by directors Ali and Lucy Tabrizi, uncovers the commercial fishing industry’s harmful practices and highlights the pressing need to protect marine animals and our world’s oceans. The film comes from producer Kip Andersen, who was also behind Cowspiracy and What the Health. In the process of making the film, the team came to understand the vast scale of destruction that the global fishing industry is responsible for and the shocking ways governments and environmental groups have profited from it. Seaspiracy is a compelling story that reveals the one thing we can all do to save our oceans and the animals who call them home.

View this documentary as a class, then use the discussion questions below to help students understand the information and examine the ideas presented. If you’re teaching virtually, you can use online tools such as Teleparty, which includes synchronized video playback and group chat, to watch the film with your students online. (Keep in mind that all students would need their own Netflix account to participate in Teleparty.) Or you can have students watch the film independently and then discuss their responses to the questions as a class using popular online conferencing tools like Zoom or Skype. If these tools aren’t available to you, you could have students chat about the film and the discussion questions in an online forum, such as Google Classroom, or simply offer extra credit to those students who are able to watch the film and answer the discussion questions below. Depending on the needs and abilities of your students, you may wish to pause the film to discuss the questions as a group or have students respond to them in writing after watching the film.

You can use this activity to address these Common Core Standards in speaking and listening:

You could also easily incorporate this activity into a science class unit on marine ecosystems:

Evaluate claims, evidence, and reasoning that the complex interactions in ecosystems maintain relatively consistent numbers and types of organisms in stable conditions, but changing conditions may result in a new ecosystem. Design, evaluate, and refine a solution for reducing the impacts of human activities on the environment and biodiversity. Evaluate evidence for the role of group behavior on individual and species’ chances to survive and reproduce.

Tell students that the guiding questions to keep in mind during this activity are the following: Should humans eat fish? Why or why not? They should be prepared to state their position after watching the film.

1. What changed Ali’s “romantic vision” of the world’s oceans?
Answer: News of large numbers of dead whales washing up on beaches with plastic waste inside them forced him to confront the reality of humans’ impact on the oceans and the animals living in them.

2. What lifestyle changes did Ali initially make after learning about the enormous amount of plastic waste threatening the health of whales and therefore that of oceans? What made him realize that these changes weren’t enough to solve the problem?
Answer: In addition to donating to a number of ocean charities and attending beach cleanups, Ali became vigilant about reducing his consumption of single-use plastic (such as plastic straws, water bottles, cutlery, bags, etc.) and encouraging others to do the same. Learning that Japan resumed commercial whale hunting made Ali realize that plastic waste wasn’t the only threat to whales and the oceans and that he had to expand his approach to the problem.

3. According to Lori Marino, founder of The Whale Sanctuary Project, what allows dolphin hunting to continue in Taiji?
Answer: The marine park entertainment industry pays a significant amount of money for young dolphins whom it can train and force to perform in shows for years. (A trained dolphin is worth over $100,000.) This sustains dolphin hunting in Taiji.

4. Why do hunters kill more dolphins than they capture?
Answer: Dolphins eat fish. The fishers believe that if they kill dolphins, there will be more fish available for them to catch. In reality, the slaughter of the dolphins is a reaction to overfishing by humans, not overeating by dolphins.

5. Why does the shark activist and conservationist Paul de Gelder say, “People should not be afraid of having sharks in the ocean. They should be afraid of not having sharks in the ocean”?
Answer: Sharks help keep the oceans healthy by regulating and maintaining homeostasis in the marine ecosystem, and their presence indicates the health of it. As apex predators, sharks not only affect population dynamics of fish but also control the spatial distribution of them. Think of the ocean ecosystem as an upside-down pyramid that balances on a small point. It’s a delicate structure that depends on each layer staying somewhat steady in size and balance. If the perfectly balanced tip were removed, the whole system would topple. Humans disrupt this delicate balance by commercial fishing, hunting sharks for their fins, and polluting the ocean with plastic.

[T]he loss of fish across the world’s oceans is bringing [humans] into direct competition with whales, dolphins, [and] seabirds for prey, and that’s causing their populations to decline even further.

6. What is “bycatch”?
Answer: “Bycatch” is all the other marine life fishers catch while trying to catch a target species. For example, dolphins, sea turtles, birds, seals, whales, sharks, and other nontarget animals who get tangled in nets and hooked by longlines are considered bycatch and thrown overboard. Studies estimate that up to 40% of all marine life caught gets thrown right back overboard as bycatch. Some then fall victim to swarming birds or slowly bleed to death, but most of them die before they even hit the water.

7. Based on Ali’s interview with Mark Palmer from Earth Island Institute, do you think there is such a thing as “dolphin-safe” tuna or other products made from marine animals? Explain your answer.
Answer: Answers will vary. Encourage students to consider that according to Palmer, if a single dolphin is killed when people are fishing for tuna, the resulting product is no longer “dolphin-safe.” He also admits that observers can be bribed and are rarely at sea to monitor how many dolphins are killed when people are fishing for tuna and that nobody can guarantee that a food is “dolphin-safe.” Be sure to point out to students that the only guarantee that dolphins were not unintentionally killed for “seafood” is if it’s vegan.

Commercial fishing was essentially wildlife poaching on a mass scale.

12. What are the problems with fish farming?
Answer: Some problems with fish farming are pollution, rampant disease, and the fact that feeding farmed fish requires a massive amount of wild-caught fish (so the amount of fish required to sustain a fish farm far outweighs that which is produced). It’s also cruel to confine fish—sensitive, intelligent animals who can feel pain and suffer—by the tens of thousands to cages in the ocean, where they swim in circles in their own filth.

13. How does fishing negatively affect humans?
Answer: The commercial fishing industry decimates fish populations to the point that indigenous humans who rely on the ocean to feed their impoverished families often resort to eating land animals or bushmeat, which in turn introduces deadly zoonotic diseases such as Ebola into their community. Similarly, impoverished community members are often duped into joining a commercial fishing vessel with the promise of a better life, only to be treated like a slave, with no pay and harsh living conditions. Some ship workers have reported that crewmembers were beaten and even thrown overboard to their death.

14. What evidence is there that fish feel pain? In what other ways are they similar to humans?
Answer: Fish have a nervous system and the basic elements that all vertebrates have, allowing them to feel pain. They also have a highly sensitive and unique lateral line system that allows them to detect the slightest changes in pressure gradients, movement, and vibration. Their pain receptors allow them to feel heat and physical and chemical pain, just like humans. Fish can have complex social lives, teaming up with other species to solve problems. They form bonds with one another, have excellent memories, can experience fear, are curious, and use democratic decision-making.

15. What health risks does eating fish pose? Where else can humans get omega-3 fatty acids?
Answer: Because of the interdependency of marine ecosystem inhabitants and through the processes of bioaccumulation and biomagnification, commercially caught fish accumulate high levels of toxic heavy metals and other organic and industrial pollutants in their flesh. Small fish accumulate small amounts, so when larger fish eat many smaller fish, the toxins are magnified at each step up the food chain. Humans can get omega-3 fatty acids from algae and sea vegetables, which happen to be the same sources from which fish get theirs, as well as from walnuts, flaxseeds, hemp seeds, and Brussels sprouts.

#Vegan seafood is a thing, and it's helping save the planet a lot more than ditching plastic straws is. #EarthDay https://t.co/xdwPCV3NRY

Remind students to consider the guiding questions. They can discuss their positions in pairs or small groups and then write persuasive essays laying out the critical features of their arguments.

Because Seaspiracy is jam-packed with compelling information and inspiring anecdotes, we couldn’t cover everything in it with these discussion questions. So be sure to take some time after finishing the film to discuss key takeaways and lasting impressions as well as what students were surprised to learn, how their perception of fishing has changed, and how they intend to apply what they learned from the film in their own lives. Your students may feel motivated to make significant changes to their eating habits, so provide them with these tips and resources to help them make the switch to a vegan lifestyle in a healthy and informed way, and encourage them to share the resources with their families and friends: 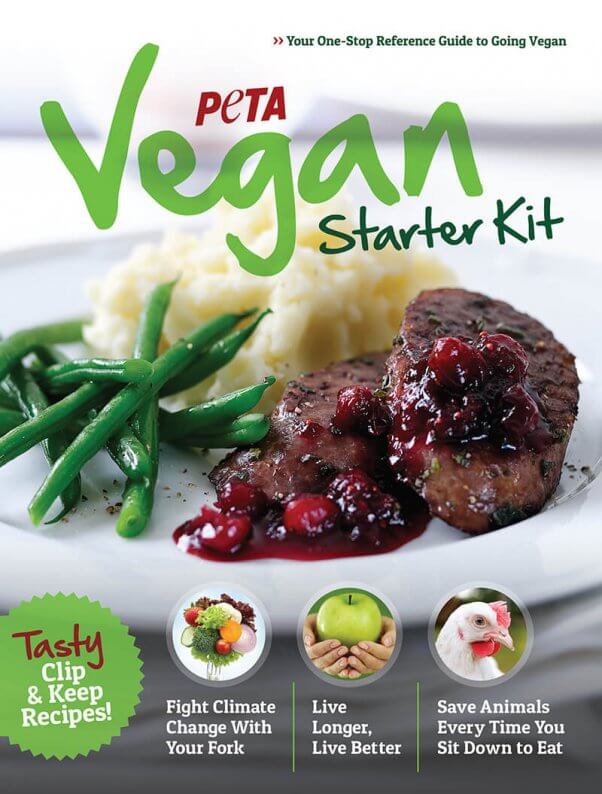 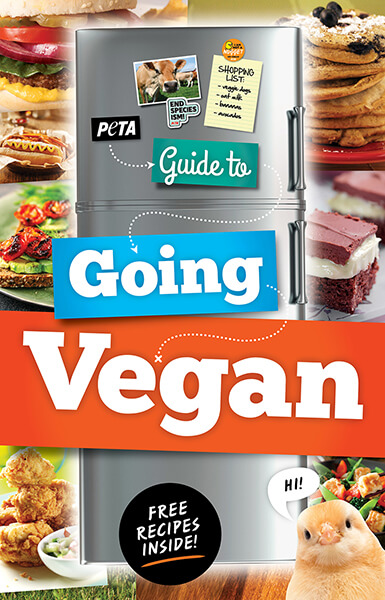 Using movies as part of a lesson plan on animal rights is an entertaining and effective way to keep students engaged from home while also instilling compassion for animals. 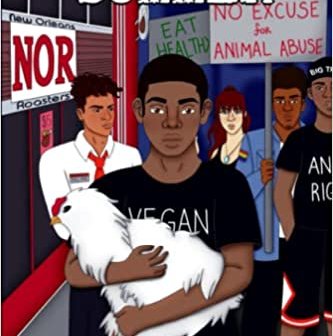 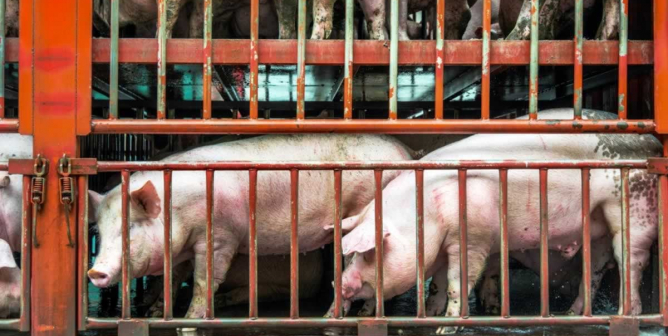