Here at TeachKind, April is Sea Life, Not Seafood Month—an occasion to celebrate the complex and interesting lives of fish with your students. Throughout the month, we’ll be offering lessons, activities, and other resources that can aid you in teaching your students how fascinating fish are and help them understand that fish deserve our consideration.

Most science curricula include a unit on the impact of humans on the environment, but rarely do these lessons address the effects that our collective actions have on other animals. Fishing in its various forms, for example, not only kills billions of fish (who, by the way, feel pain) every year but also negatively affects other sea and terrestrial life. In addition, it uses up some of the Earth’s limited natural resources. This means that if you eat seafood or partake in recreational fishing, you’re contributing to both animal suffering and the degradation of the natural world. Yikes! 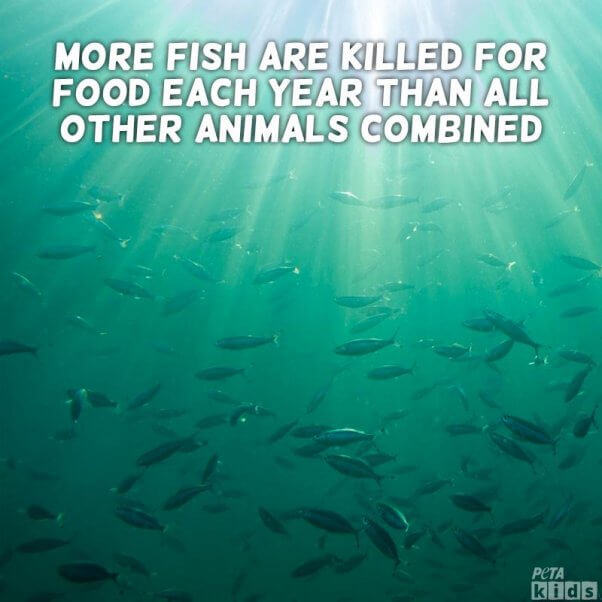 The good news is that we don’t have to contribute to either of these things. With vegan seafood products available in grocery stores across the country and countless other fun outdoor activities to enjoy, you and your students can easily make the world a safer, cleaner place for fish and all other living beings. Incorporate the following activities into your next unit on the impact of humans on the environment to demonstrate to students just how destructive fishing is and to motivate them to help fish and other aquatic wildlife. You can use the materials provided to address the following Next Generation Science Standards:

Fishing is often referred to as a “sport,” just like hunting—but any “game” that ends in the suffering and death of the opposing team is no fun. What’s worse is that fishing doesn’t harm only fish. Every year, fishers leave behind a trail of victims who include millions of birds, turtles, dolphins, and other animals who suffer debilitating injuries after they swallow fishhooks or become entangled in fishing lines. 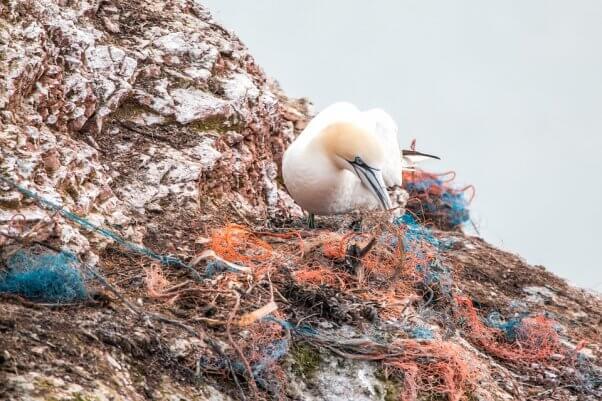 Wildlife rehabilitators say that discarded fishing tackle is one of the greatest threats to aquatic animals. Additionally, lead sinkers poison other wildlife. The New York State Department of Environmental Conservation reported that 30 percent of documented loon deaths were caused by lead poisoning.

Using age-appropriate rescue videos like the one below, show students the far-reaching effects of this pastime on aquatic animals. Then discuss ways in which students can help animals and the environment—by never going fishing and always picking up and disposing of fishing litter when they see it.

It’s not enough to ditch recreational fishing. Many commercial fishing vessels use longlines, gill nets, or bottom-trawlers in order to catch a large amount of target-species animals who live near, on, or under the sea floor—such as flounder, cod, grouper, shrimp, and scallops. These methods of fishing aren’t used for sport but rather for profit, which means that fish are being caught by any means necessary—even at the expense of sea turtles, dolphins, birds, sharks, and other untargeted fish (aka “bycatch”) who are injured or even die when caught.

Scientists say that the environmental destruction caused by bottom-trawling is similar to that caused by clear-cutting forests, only on a far greater scale. For example, the area of seabed trawled each year is roughly the size of the 48 contiguous states—150 times greater than the area of forest cut down annually. Elliott Norse, president of the Marine Conservation Biology Institute, says, “Scientists find that bottom-trawling is the largest disturbance to the world’s sea floor and possibly the largest human-caused disturbance to the biosphere.”

The best way to help stop the commercial fishing industry from wreaking havoc on aquatic ecosystems is to stop consuming fish and other sea animals. By going vegan and not buying these items, you’ll send companies the loud-and-clear message that you don’t support businesses that profit from the death of animals and the destruction of the environment.

If you sponsor a culinary, environmental, or animal rights club, show students how to cook delicious, healthy, Earth-friendly, vegan versions of classic seafood recipes. Or if that’s not in your club’s budget, purchase one of these exciting vegan seafood products and demonstrate to students how to prepare it. If your school doesn’t have a club in which a vegan cooking demo would be appropriate, start one! 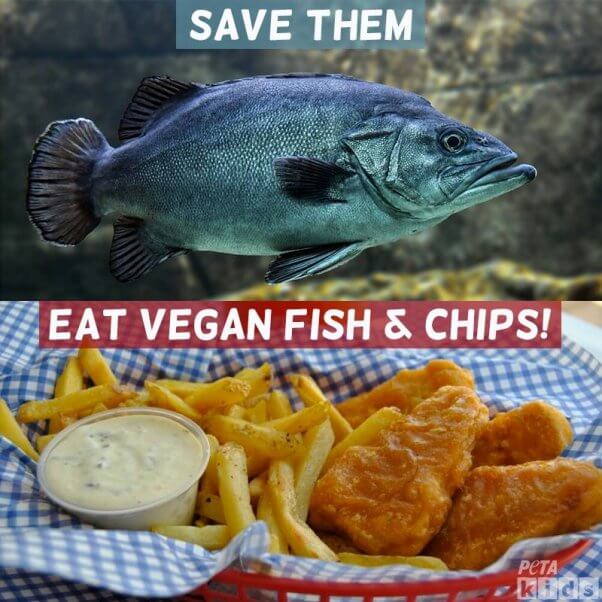 Share information with your students about the Great Pacific Garbage Patch, the world’s largest and most infamous cluster of floating oceanic debris. It turns out that 46 percent of it consists of fishing nets, which entangle, strangle, and otherwise injure or kill some 100,000 marine animals every year.

Still want to go fishing? Rather than contributing to the ever-growing accumulation of garbage in our waterways (and terrorizing sentient beings), why not do your part by cleaning some of it up? Plan your next field trip to a local waterway where students can observe animals from a safe distance, collect water samples and other abiotic materials, and go “trash fishing”! Invented by Michigan father-and-son duo Tom and Mark, trash fishing is “like regular fishing”—but instead of yanking fish out of the water (where they can’t breathe), you “fish” for trash. You and your students can still get some fresh air and enjoy the great outdoors, all while helping animals and cleaning up your community. 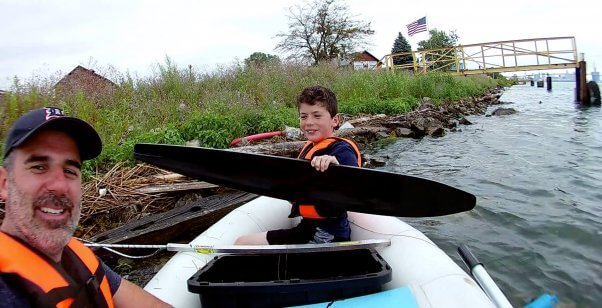 The animals need our help! The fact is that the water is getting more filled with trash and in the future, if we don’t do anything, there will just be more and more trash. If that happens, where are the fish going to swim and what will the birds eat? People are messing with the circle of life.

All the above activities pair perfectly with our comic book A Fish’s Life. Order yours today!