Cognitive dissonance—which is defined as “the state of having inconsistent thoughts, beliefs, or attitudes, especially as relating to behavioral decisions and attitude change”—is something most people have experienced at one point or another. It’s that feeling you get when you do something like buy a case of plastic water bottles with lots of packaging while simultaneously being fully aware of how much damage plastic wreaks on the environment. Presumably, it’s also what many self-professed “animal lovers” experience when choosing to eat steaks, burgers, and nuggets made from the very flesh of the beings they claim to care deeply for (a concept specifically known as “the meat paradox”).

While this state can be uncomfortable—no one likes to feel like a hypocrite, after all—it can be used very effectively in the classroom to help students reflect on, understand, and change their own beliefs and behavior. Studies show that the experience of cognitive dissonance can be used to foster prosocial behavior and promote change. 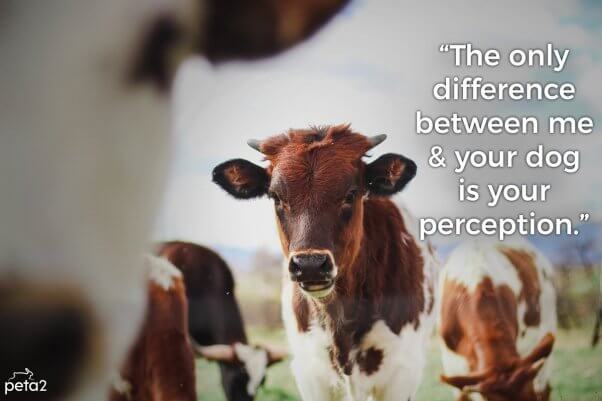 The following activities are designed to be used to teach middle schoolers and high schoolers about cognitive dissonance as a psychological experience, give examples of discordant beliefs and behavior in our society as a whole, and examine the dissonance that occurs between students’ opposing personal attitudes and actions.

The following activity was inspired by an in-class exercise used in the study titled “Bringing Cognitive Dissonance to the Classroom” by David M. Carkenord and Joseph Bullington. It’s designed to induce cognitive dissonance in students by pointing out inconsistencies in their beliefs and behavior.

Start by giving your students a copy of the “Statements About Beliefs” worksheet. Ask them to choose either A or B as the answer to each of these questions, based on what they believe to be factual given their awareness of the topic. (Make sure that they don’t see the set of belief-based questions prior to answering the behavior-based ones.) 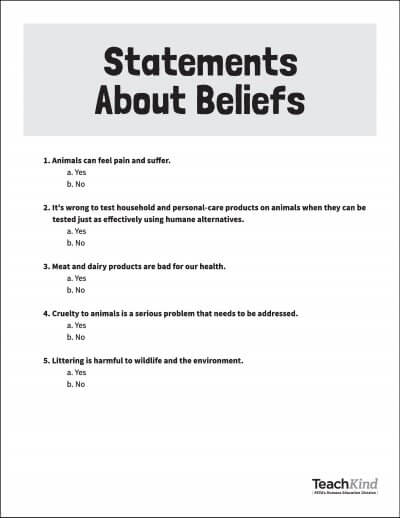 Ask students to turn that sheet facedown. Then, pass out copies of the second worksheet, “Statements About Behavior.” Ask them once again to choose either A or B for each answer, and stress that they should be truthful in answering each question, regardless of how they answered the questions about their beliefs—even if they notice inconsistencies. Explain that inconsistencies between their attitudes and actions are very normal. 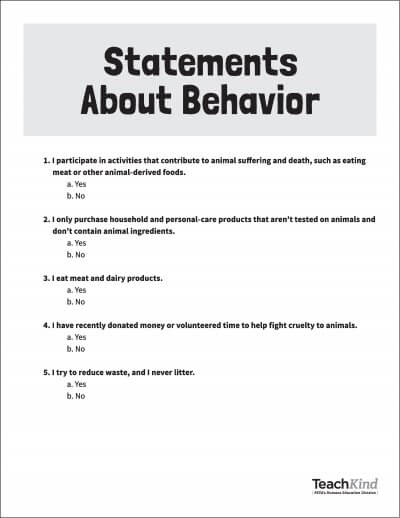 Have students identify questions that show a dissonance between a belief and their behavior. Repeat that inconsistencies are normal, and explain that identifying and processing the dissonance can help them make informed choices in the future. On a separate sheet of paper, have students write down their initial reactions to this exercise. This can be as simple as writing a few words that describe how they feel.

Explore students’ reactions as a group, and let them know that when people experience the feeling of cognitive dissonance, they often feel uncomfortable or defensive. Our brains are simply trying to reconcile the difference between what we know or believe and how we choose to act.

As a group, discuss the following common reactions to feelings of cognitive dissonance:

The above coping mechanisms are defensive reactions. The most effective way to reduce cognitive dissonance is to change either a belief or a related action so that the two are consistent. After the discussion, have students write a paragraph about what behavior they could change in their life in order to reduce any cognitive dissonance brought to light by the worksheets.

Society’s Cognitive Dissonance Regarding Animals and ‘The Meat Paradox’

As mentioned earlier, the concept known as “the meat paradox” describes the cognitive dissonance experienced by people who care about the well-being of animals and also choose to eat them. They believe that animals deserve protection and care, but their actions contribute to the abuse and death of animals.

This issue is society-wide. For example, billions of cows, pigs, chickens, turkeys, and other animals are killed for food every single year. They’re forced to live in abysmally filthy, crowded conditions and deprived of everything that’s natural and important to them. They’re then shipped off to the slaughterhouse, where the throats of many are cut while they’re still conscious. Intelligent animals exploited for experiments and the skins industry endure similar abuse. 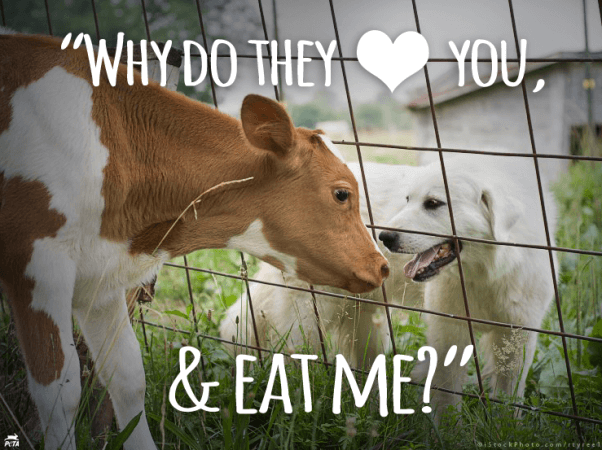 Meanwhile, dogs and cats are pampered and considered part of the family in many homes across America—but animals typically used for food are just as smart, clever, unique, intelligent, and sentient as they are. Companion animals deserve to be treated humanely—that’s part of why there are laws protecting them from harm. The problem lies in the fact that animals used in the food, testing, and skins industries don’t receive the same compassion from us—even though they have equal ability to feel pain and suffer. If people treated cats and dogs the way animals used for food are treated, they could be arrested on felony cruelty-to-animals charges. So what’s the reason for this massive, society-wide dissonance? Why are some animals considered beloved companions while others are enslaved, tortured, and killed—and often eaten by people who claim to love and care about animals? Discuss these questions with your class and have them pose theories about the reasons these inconsistencies exist.

Experts theorize that certain factors contribute to the greater amount of compassion that people have for some animals over others. After the discussion, share these factors with your students:

After reviewing these qualities, ask students to write a paragraph giving their opinion on the following questions, citing evidence to support their case: Is it fair to judge animals by these qualities? Why or why not?

Show students the “Stimulus Response” video, which teaches about animals’ primary and secondary senses, how animals behave and respond to stimuli in their environments, and the ethics surrounding using them for exploitative reasons. This video will help students consider many characteristics of animals typically used for food that people may not think about because of their cognitive dissonance–induced reactions.

Ask students to share what they learned about animals’ senses and behavior. Then, ask them to give examples proving that animals’ needs are not being met when they’re kept in pens and cages, citing evidence from the video.

Following the discussion of the film, have students respond to the following two additional questions using their own opinion and conducting independent research online. This can either be done in class or assigned as homework:

Separating Animals From How They’re Used

Begin this activity by writing the following list of animals on the board:

Have students draw a grid on a piece of paper with six boxes (one vertical line down the middle with two horizontal lines placed one-third and two-thirds of the way down the page). Ask them to label the top of each box with the following categories:

Then, as you read each animal’s name from the board, have students write it under the category that seems appropriate for the way our society treats these animals. If students need help defining the category titles, explain further. Let them know that there are no wrong answers. 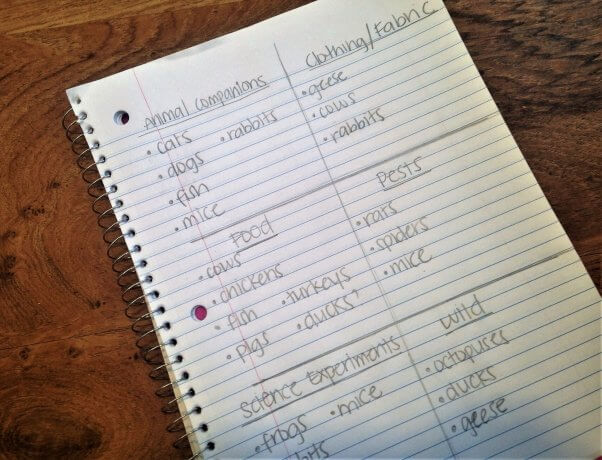 Once students have categorized each of the animals whose names you’ve read from the board, break them into pairs or groups of three (depending on how many students are in your class) and assign each group to read one of the following articles:

After reading, encourage group members to participate in a collaborative discussion about what they learned and what new perspectives they have on the animals they read about. Then, have each group prepare and give a short presentation for the rest of the class on the animal(s) from their group’s article. Ask them to address at least five different facts about the animal in their presentation as well as at least one pertinent similarity that they share with animals like cats and dogs. Discuss how the class initially categorized each animal, and ask students if that categorization makes sense after looking deeper. Have students address the role that cognitive dissonance plays in society’s continued exploitation and general treatment of these animals.

If you’d like to have your students continue their research into the meat paradox, reasons why people treat certain animals differently, and reactions to cognitive dissonance, have them read the following articles from various online publications:

Check Out TeachKind’s Other Free Lesson Plans and Activities 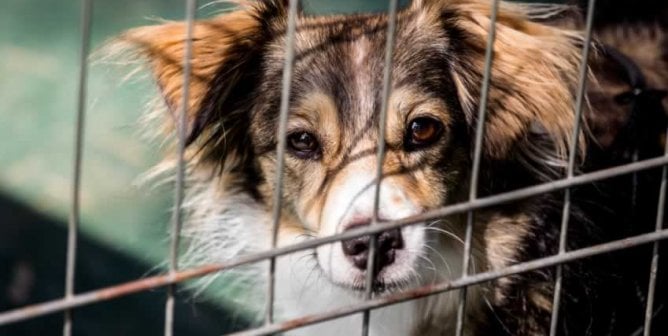 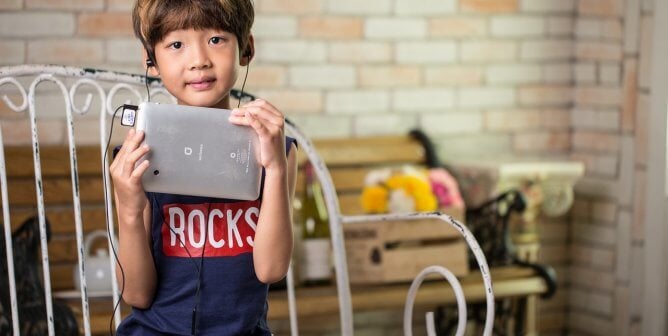