Halloween is all about enjoying your favorite vegan candy and dressing to impress in the coolest costume at the party. Whether it’s a flesh-eating zombie, a “Lettuce Lady,” or a sad, injured pig, we know how to put together a costume! Check out these frightful and delightful costume ideas for inspiration:

1. A hunk of bloody meat

It’s true that steak had a face once—and a thigh, an arm, and a stomach. We all experience love, sadness, and happiness, and we all bleed red. Take a cue from these PETA staffers and go to a Halloween party as a bloody slab of meat, because, really, what’s the difference between our bodies and theirs?

Download and Print to Make Your Own Meat Tray Costume 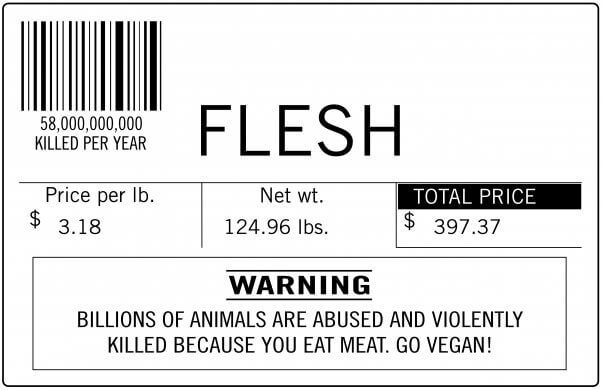 Talk about scary. Declawing a cat is literally hacking off the last bone of each of Fluffy’s toes. That’s the kind of stuff that nightmares are made of. Let people know how gruesome this procedure is by “bloodying” and bandaging up your own hands. Nothing works as well as a visual, right? 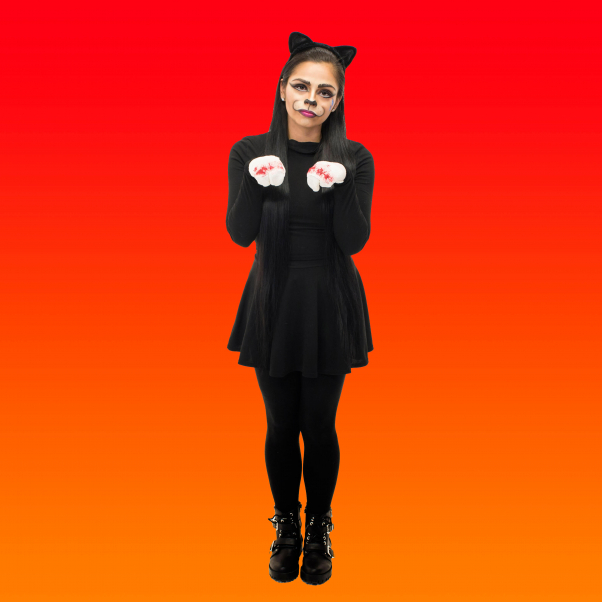 You remember this guy. He’s the mascot for KFC, the fast-food giant whose own animal-welfare advisers have resigned in frustration over the company’s refusal to change its evil practices. You may as well go ahead and throw some horns on him, too! 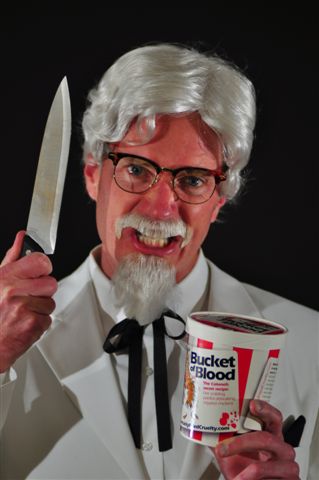 This sicko plays cute to the kiddos, but behind the scenes, he is responsible for the largest mass murder of chickens ever. Every day, thousands of birds have their throats slit and are tossed in a tank of boiling water, often while still conscious! Wretched Ronald may love it, but we’re hatin’ it. 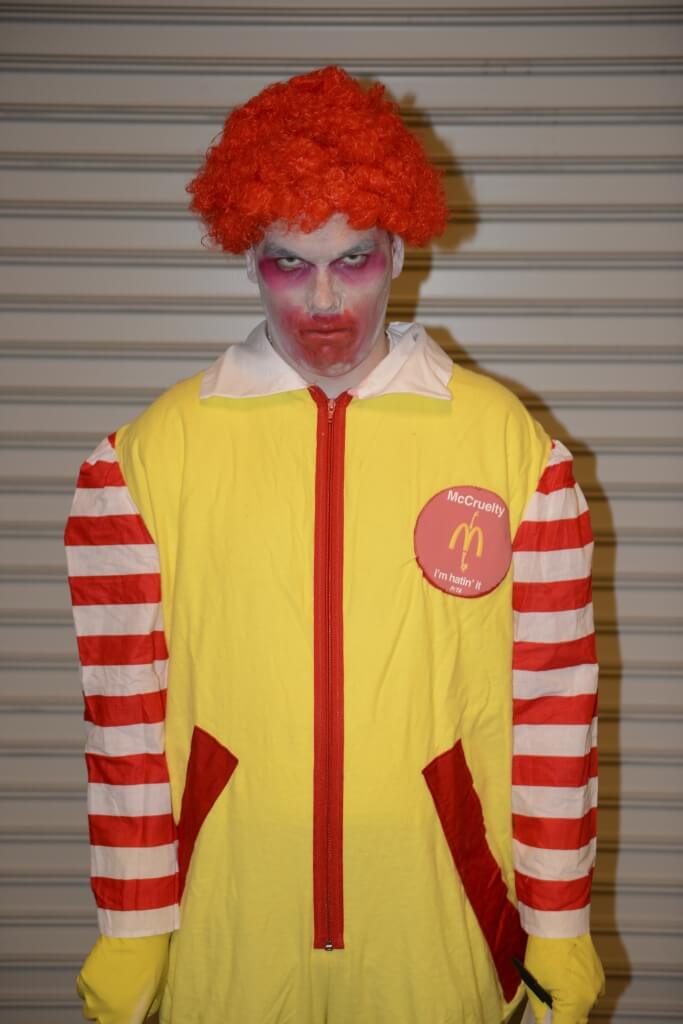 Time and time again, circus employees are attacked by the animals they force to perform stupid tricks. Why? Because the animals are WILD! The big top is no place for a majestic elephant or a regal tiger. Splash your neck with fake blood, and show coworkers that wild animals should be free. 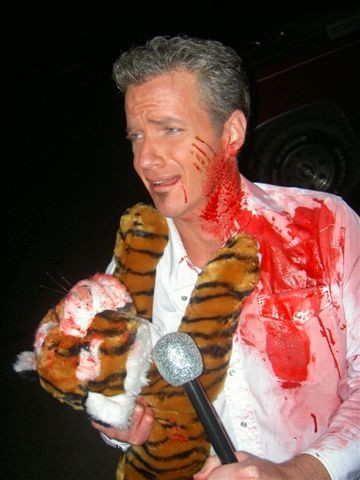 This clever costume idea is a variation on the infamous trophy-hunting photo that showed the Trump brothers grinning while clutching the body of a dead leopard. 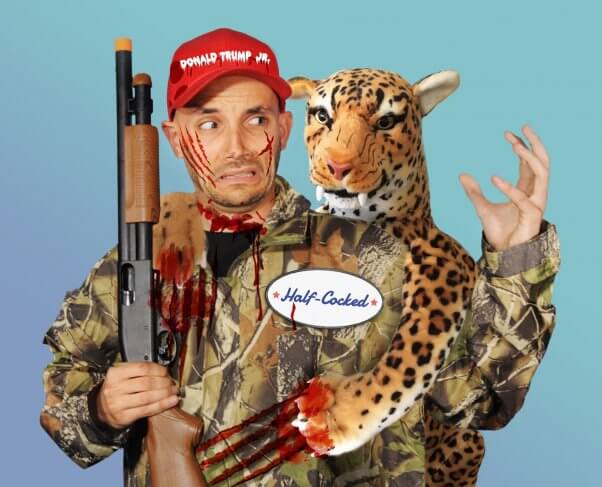 You may recall seeing sexy ladies slithering around outside of New York’s Fashion Week. They weren’t there just to look good! They had a message for designers: Keep wildlife out of your wardrobe. With a homemade sign and some very carefully applied cruelty-free bodypaint, you can show some of your own skin and make that same statement! 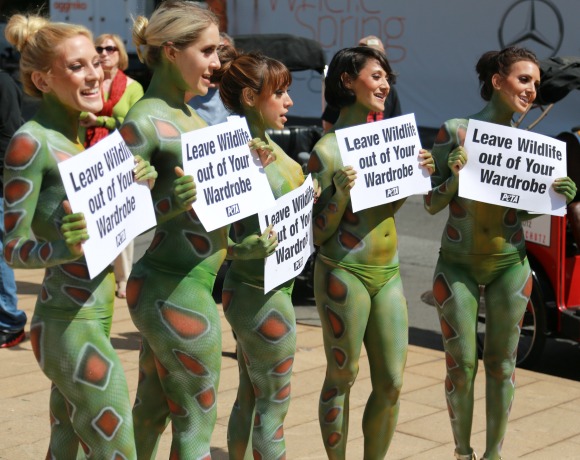 8. Rabbit with a “lucky” human foot 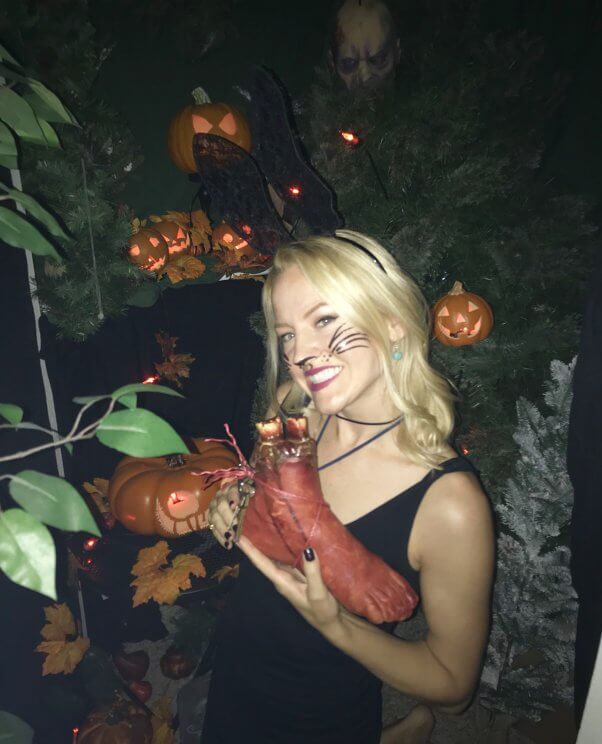 Whether you’re at a Halloween party with tons of people or are in for a casual night with friends—these costumes offer a great way to get the animal rights conversation started!