It’s never too early to start planning for Halloween, so we’re accepting preorders for our limited-edition “Tiger King Killer” costume. Complete with a blond mullet wig, a mustache, jail bars, an orange jumpsuit, and a plush “pouncing tiger,” this “Joe Exotic” Halloween costume will remind everyone who the true villain of Tiger King is: notorious tiger abuser Joseph “Joe Exotic” Maldonado-Passage. 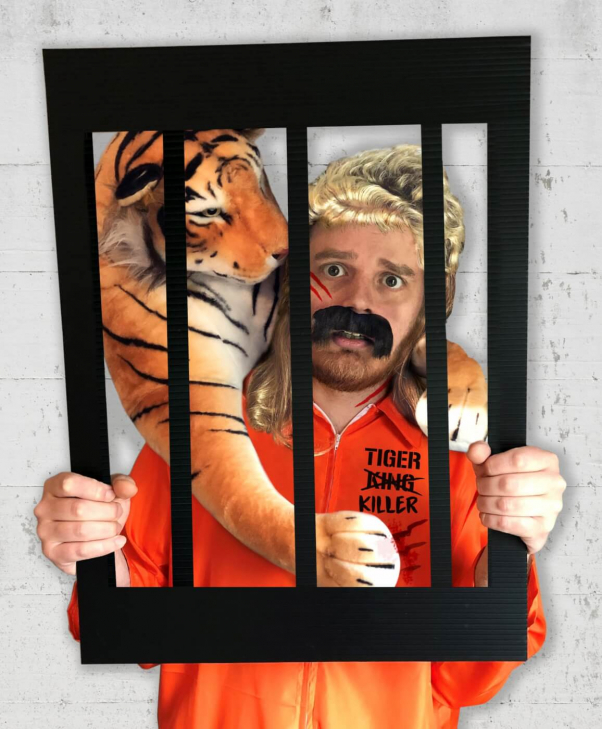 We hope everyone will be out and about by Halloween, so this one-of-a-kind costume is available for preorder now:

Preorder a ‘Joe Exotic’ Halloween Costume, Before They Sell Out

Tiger King has exposed tiger cub exhibitors as ghouls who steal cubs from their mothers and exploit them as photo props. This Halloween, join us in reminding folks that a tiger killer used exotic animals as money-making machines until his crimes caught up with him. 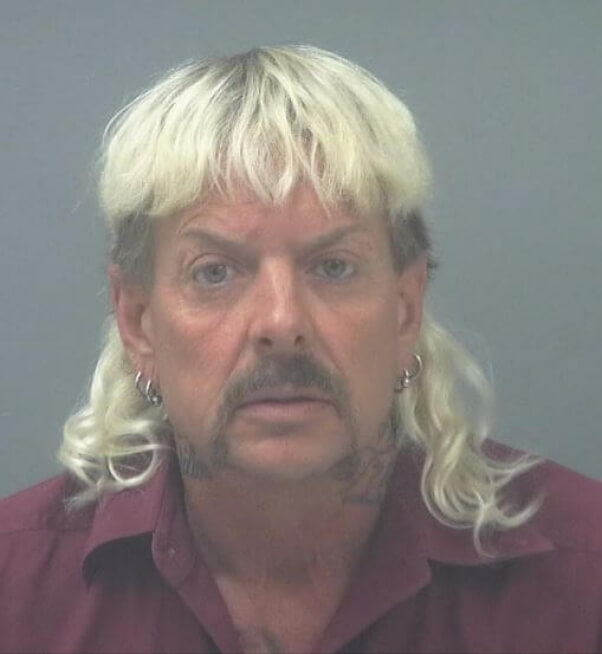 -stuffed cubs in luggage
-snuck cubs into hotel rooms
-endangered cubs by forcing them on a bus with Vegas partygoers
-been charged with 3 counts of unlawful possession of wild animals
-had officials confiscate two big cat cubs & a lemur from his home pic.twitter.com/E3dPZ4Un4N

… and others—who breed animals for profit, separate babies from their mothers, and deprive them of everything that’s natural and important to them. Many have criminal rap sheets or lengthy histories of federal Animal Welfare Act violations (and some have both), but they still operate.

We’ve been working for years to shut down facilities like theirs, including rescuing nearly 50 animals from Joe Exotic, all of whom are now thriving at reputable sanctuaries … 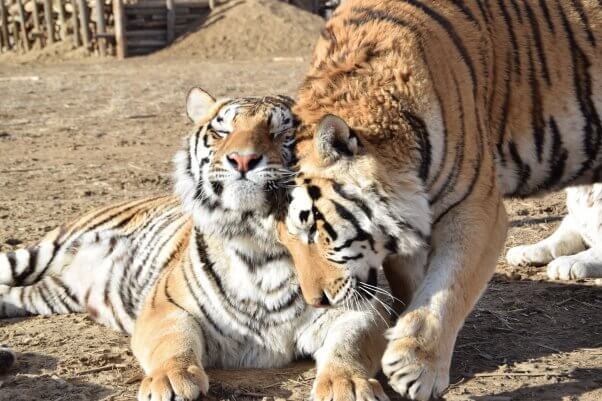 Curly (left) and Mo (right) are now at The Wild Animal Sanctuary. They were rescued from G.W. Zoo after being transferred to Joe Exotic by roadside zoo operator Tim Stark.

… and filing two lawsuits against facilities that acquired big-cat cubs from him. We recently prevailed in one of these lawsuits, and the last six tigers held at a roadside zoo called Dade City’s Wild Things arrived at an accredited sanctuary earlier this month. The order in that case held that prematurely separating tiger cubs from their mothers and using them in public encounters violates the federal Endangered Species Act. 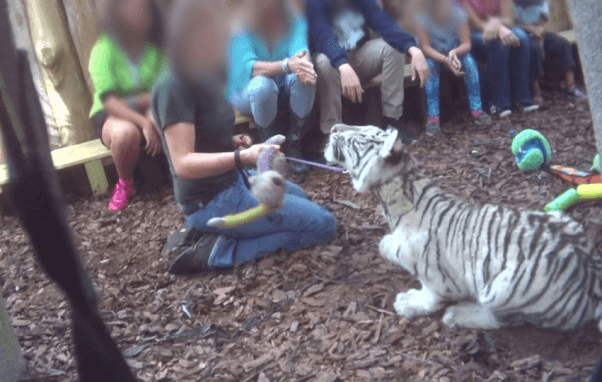 With your help, we can secure more victories like these for big cats and other animals. After you preorder a “Joe Exotic” Halloween costume, speak out for animals imprisoned at highway hellholes: