Burger chain Jack in the Box is now testing a veggie burger option at participating locations in the Phoenix area. It’s a major win for cows, since the plant-based patty can be requested on any of the chain’s burgers as a substitute for a beef patty—just be sure to order a vegan version without cow’s milk cheese or mayonnaise made from eggs. The option will be available until December 12.

This isn’t the first exciting vegan test that Jack in the Box has conducted. In December 2020, the fast-food chain launched a successful test of the Unchicken Sandwich at locations in Reno, Nevada, and Monterey and Salinas, California. The pea protein–based sandwich was available in spicy and classic flavors and was part of a collaboration with brand Raised & Rooted. We hope the chain will soon add a vegan option to its permanent menu nationwide. 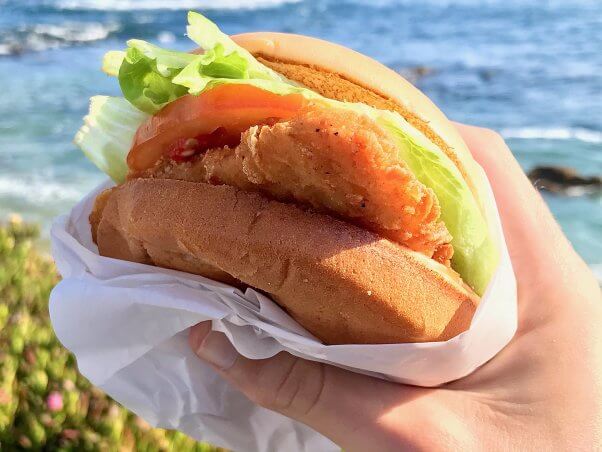 The chain partnered with Raised & Rooted to create the exclusive pea protein–based patty, which is not only free of chicken flesh but also free of eggs and cow’s milk.

The current Raised & Rooted filet on Jack’s Unchicken Sandwich contains no milk, eggs or other animal products, catering to our flexitarian and vegetarian consumers. While the filet is 100% plant based, the sandwich does have egg-based mayonnaise so it is not Certified Vegan.

The sandwich comes with lettuce and tomato, and it can be made vegan by asking for no mayo. (You can bring it home and add your favorite vegan mayo instead.) At $6.99 for a combo with fries and a drink, it’s similar in price to other sandwiches on the menu.

Rising consumer demand has paved the way for more vegan fast-food options, which will only continue to increase. Jack in the Box’s announcement follows multiple successful tests of KFC’s vegan Beyond Fried Chicken, a result of nearly two decades of PETA action against the company. After being pushed by PETA, many other major chain restaurants have launched vegan items, including Carl’s Jr., Del Taco, and Dunkin’, making it easier than ever to go vegan. If you’ve been thinking about trying to eat more compassionately, order a free vegan starter kit: