After nearly two decades of PETA action and several wildly successful tests in California, Georgia, North Carolina, and Tennessee, KFC is launching its Beyond Fried Chicken at locations across the country! Starting on January 10, you’ll be able to order this vegan-friendly chicken in six- or 12-piece sizes or as part of a combo meal with KFC Secret Recipe Fries and a medium drink. Just stick to ketchup as your dipping sauce to make sure your meal is totally animal-friendly. The availability of this option is a major win that’s sure to save the lives of countless chickens.

Update: July 17, 2020: Following successful tests in Georgia, North Carolina, and Tennessee, KFC announced that it’s expanding testing of its vegan fried chicken to locations in Southern California. More than 50 KFC restaurants in Los Angeles, San Diego, Orange County, and surrounding areas will be offering Beyond Fried Chicken starting on July 20 until supplies last. For the new test, prices will start at $6.99 for six pieces.

In early 2020, Beyond Meat and KFC developed the newest version of the recipe and tested the product at more than 60 stores in Charlotte, North Carolina, and Nashville, Tennessee. The vegan chicken nuggets were sold in quantities of four, eight, or 12 pieces. The Sweet N’ Tangy dipping sauce is vegan, too.

Update August 26, 2019: A local PETA staffer reports that the test launch of Beyond Fried Chicken at the KFC in Smyrna, Georgia, was a smashing success. The traffic attempting to get into the parking lot was so backed up that she had to wait for nearly an hour to park her car. The line to get into the restaurant (which was marked by green paint just for the occasion) wound through the parking lot, and it took three hours for her to receive her meal because of the huge backlog of orders for the vegan chicken. The restaurant apparently sold out of it shortly after lunchtime. PETA is hopeful that KFC recognizes that consumer demand for vegan foods will only increase and that this launch will be the first of many. 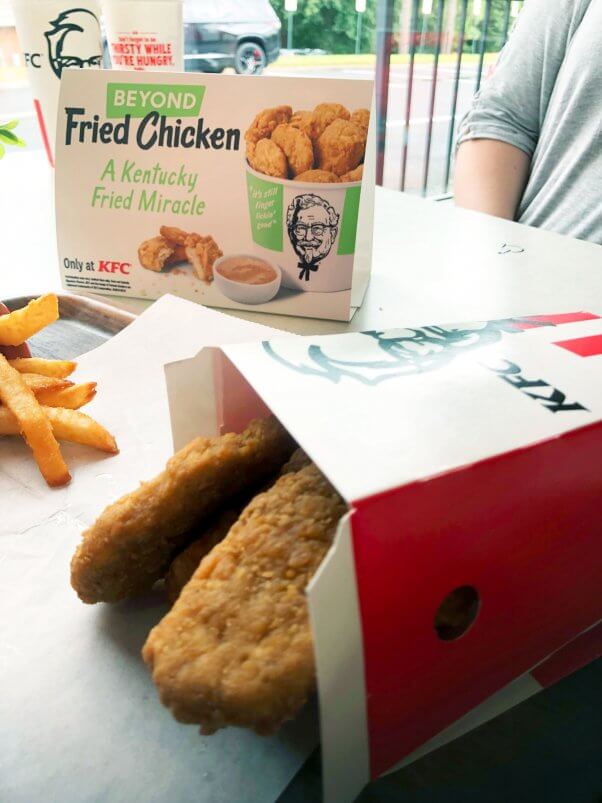 HAPPENING IN ATLANTA, GA: KFC is testing out Beyond Meat's vegan fried chicken for one day only, and the response is HUGE 🙌🐔 The line around the block proves THE FUTURE IS VEGAN!

Posted by PETA (People for the Ethical Treatment of Animals) on Tuesday, August 27, 2019

PETA is watching nearly two decades of action possibly come to fruition as KFC tests vegan fried chicken, becoming the first quick-service restaurant to do so. On Tuesday, people in Smyrna, Georgia, just outside Atlanta, can be the first to find out what KFC chicken tastes like without the Kentucky Fried Cruelty. The company is working with explosively popular Beyond Meat to create its original vegan recipe: Beyond Fried Chicken.

THE FUTURE IS VEGAN! 🌱For one day only, at one location in Smyrna, GA, KFC is testing Beyond Meat vegan chicken. If…

Posted by PETA (People for the Ethical Treatment of Animals) on Monday, August 26, 2019

Although the test has only been announced for the Cobb Parkway S.E. location for one day, the company is considering other test markets as well as a nationwide rollout based on customer feedback (if that gives you Atlantans an incentive to make a KFC run).

With skyrocketing demand for healthy, animal-free, eco-conscious food, PETA is optimistic that the chain will soon join the ranks of Carl’s Jr., TGI Fridays, Dunkin’ Donuts, Del Taco, and many others in making vegan meals a fixture. 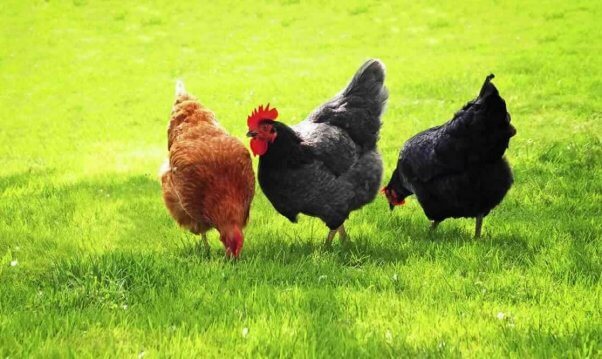 PETA’s nearly two decades of action against KFC to demand better treatment of the chickens killed for its buckets and the addition of vegan options has included several eyewitness investigations and support from celebrities, including Pamela Anderson, Sir Paul McCartney, P!nk, Ryan Gosling, The Rev. Al Sharpton, Tommy Lee, Fall Out Boy, The Black Eyed Peas, and dozens more.

We met with company executives, filed a consumer fraud lawsuit and forced KFC to stop lying about animal welfare, held more than 12,000 protests, and purchased the smallest amount of stock necessary to attend company meetings and submit shareholder resolutions to eliminate the worst abuse of chickens. Our Super Mario Bros. parody game, Super Chick Sisters, which calls out KFC cruelty, has been played millions of times. And our action alert to KFC to offer vegan chicken resulted in almost 100,000 e-mails to the company. 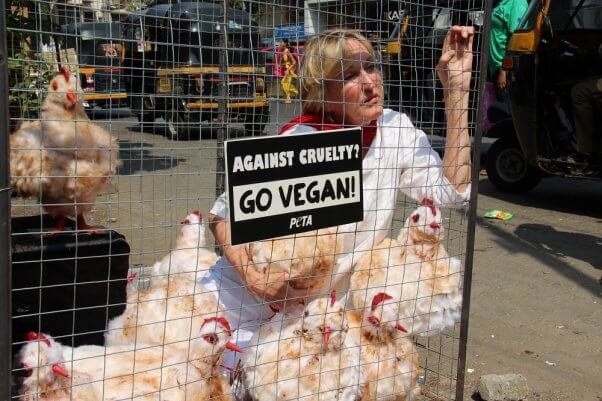