You can now eat vegan all day long at Carl’s Jr. locations nationwide. The chain just became the first fast-food restaurant to serve Beyond Meat for breakfast, lunch, and dinner. The announcement included a tempting new menu item: a vegan-friendly breakfast burrito stuffed with savory Beyond Breakfast Sausage. 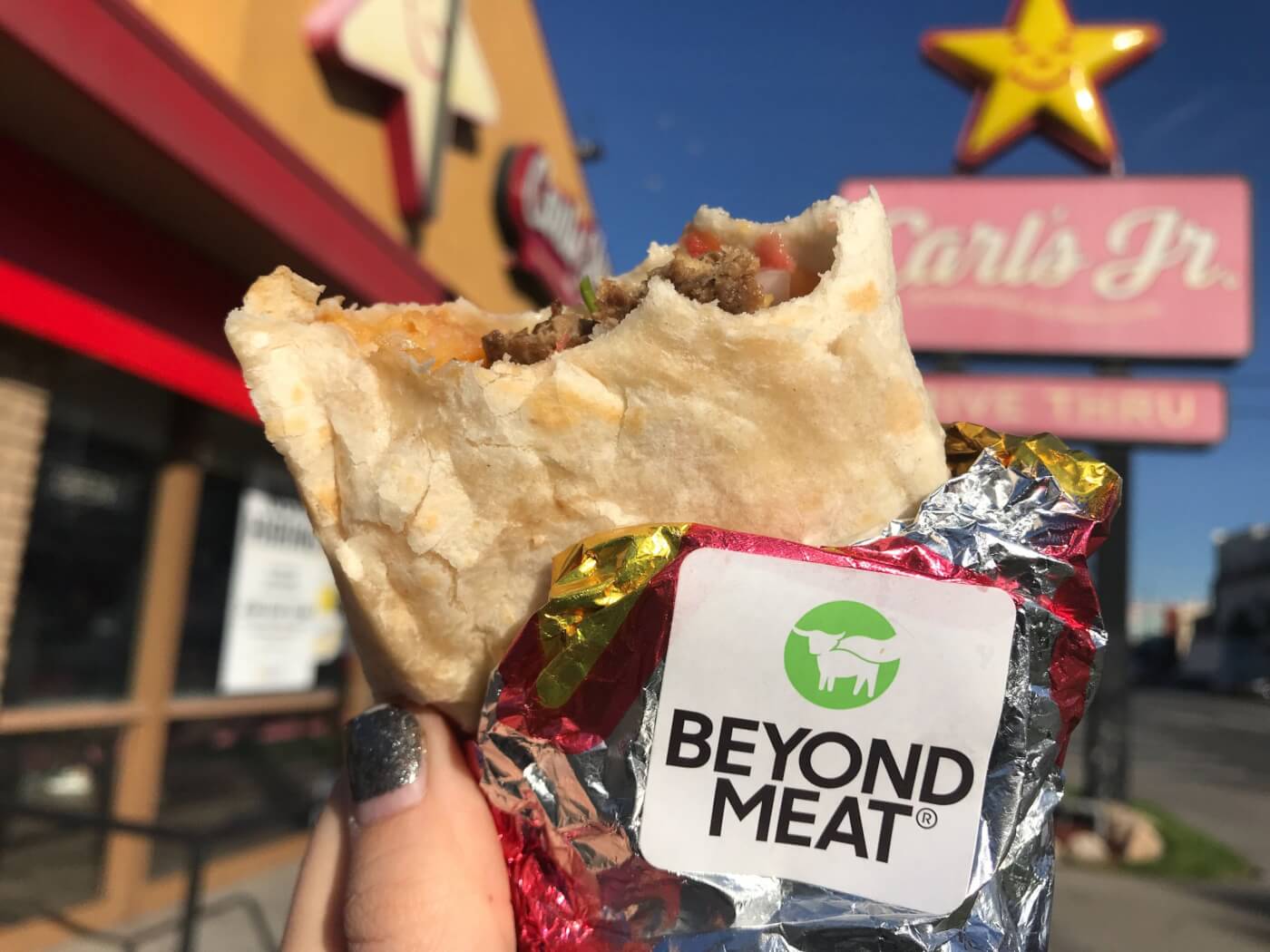 Simply order the Beyond Sausage Burrito and ask for no cheese or egg. It comes packed with Beyond Sausage, Hash Rounds, tomatoes, and fresh salsa—all inside a warm flour tortilla. Sounds like the perfect way to kick off your day. As an added bonus, you can add the Beyond Burger patty or Beyond Breakfast Sausage to any menu item at Carl’s Jr.

Carl’s Jr. now serves the delicious Beyond Burger! You can substitute this vegan patty in any burger option on the menu, including the Big Hamburger, which comes with pickles, onion, ketchup, and mustard on a sesame seed bun. This is huge news for animal welfare and for diners looking for healthier, accessible options on the go. 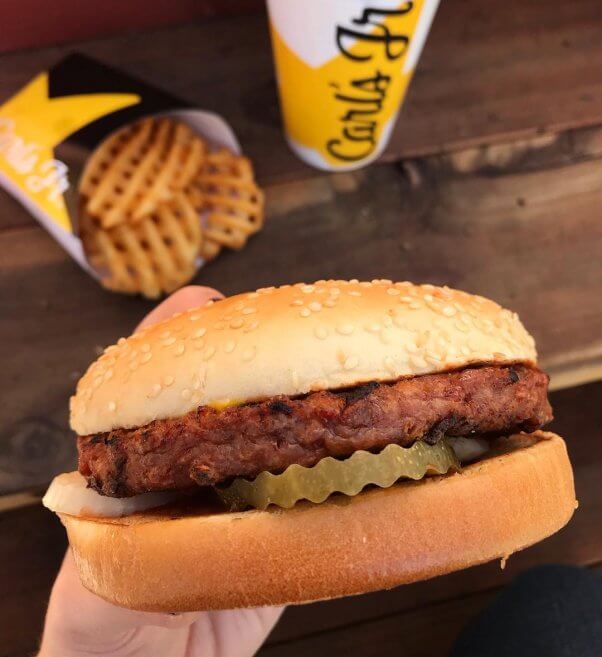 You can also opt for the new menu item, the Beyond Famous Star burger, which comes with lettuce, tomato, pickles, and onion on a sesame seed bun and can be ordered vegan by requesting no cheese or mayo. Order any burger wrapped in lettuce for a gluten-free option. 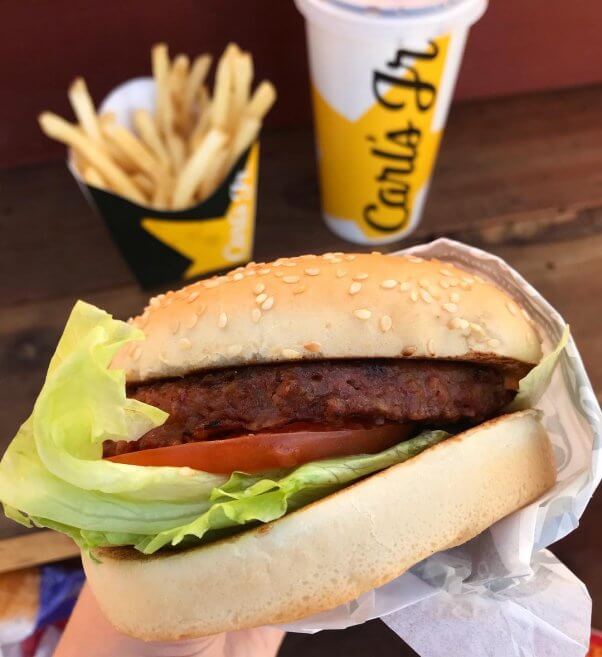 In 2007, after talks with PETA, CKE Restaurants (the parent company of Carl’s Jr.) announced that it would implement a strong animal-welfare plan that would significantly improve the lives of some of the pigs and chickens whose flesh and eggs are used in its restaurants. And more recently, we persuaded the company to expand its vegan offerings, including specifically urging it to add a vegan burger.

Now, it’s sparing cows by offering a tasty meat-free patty. Carl’s Jr. joins the growing list of restaurants offering Beyond Meat’s vegan option, and Del Taco recently became the first drive-through to offer Beyond Meat at more than 20 locations. So it’s looking good for our predictions for food trends in 2019!

This new offering has also moved Carl’s Jr. from an “F” to an “A” on our ranking of burger chains, and we hope they continue to add more vegan options.

Help get vegan options at McDonald’s, KFC, Panda Express, and elsewhere by taking action. Each time you click “Take Action,” another company will receive a message urging it to offer vegan meals.

Note: PETA promotes a healthy vegan life. If you choose to eat fast food, we suggest these options that are kinder to animals.