Going vegan is a simple change that people of any background can make in their lives. In fact, people of color are the fastest-growing vegan demographic in recent years, and many Black vegans have been making waves in the food blogging industry over the last decade. They know that going vegan is the best thing that you can do for animals, the planet’s health, and your own health. Going vegan can also be a way for people of color to decolonize their ways of eating by reconnecting with their roots and supporting their local communities. Being vegan is easy, and these Black vegan food bloggers also show just how delicious it can be.

Here are some of the leading Black vegan food bloggers you need to know about:

Jessica in the Kitchen

With gorgeous photography and delectable recipes, Jessica in the Kitchen shows how going vegan is simple and delicious. In addition to presenting more than 600 recipes, Jessica also shares her holiday and travel guides, along with lifestyle tips. Check it out by trying her favorite recipe, Coconut Chickpea Curry.

Jenné Claiborne started Sweet Potato Soul to spread her love for wholesome and healthy vegan food. Just as the title suggests, this blog is full of recipes featuring her favorite ingredient: sweet potatoes! She even incorporates the vitamin-packed tubers in her sweet Crustless Vegan Pecan Pie.

By Any Greens Necessary

Tracye McQuirter’s blog answers your questions about going vegan and offers great vegan meal plans and nutrition tips for a healthy lifestyle. She even talks about structuring her daily meals to be balanced and nutritious. Sign up for her 10,000 Black Vegan Women movement for more recipe inspiration.

Monique Koch of the Brown Vegan blog presents recipes and tips for people who want to go vegan but aren’t quite sure how to start making the transition. Her article on going vegan with a family is a practical guide to making small changes, such as slowly replacing animal-derived ingredients with vegan counterparts. She also hosts a podcast with guests to discuss a variety of topics, including vegan fitness and travel.

Raw Girl in a Toxic World

Michelle Blackwood of Healthier Steps shares vegan and gluten-free recipes, many of which were inspired by the Jamaican dishes her mother would make when she was a child. Look to this blog for recipes such as Vegan Jamaican Salt Fish, which uses hearts of palm as the main ingredient instead of fish. Cod—the type of fish traditionally used in this dish—are sensitive and intelligent as well as threatened by fishing and warming oceans because of climate change.

Catherine of Plant Based RD is a registered dietitian who knows that being vegan is the best thing that you can do to improve your health. She’s also a big proponent of drawing on your cultural influences for vegan cooking. Her recipe for Vegan “Pollo” Guisado is a vegan take on her mother’s Dominican-inspired dish that uses protein-packed tempeh instead of chicken. Check out her Instagram account for more colorful food inspiration. 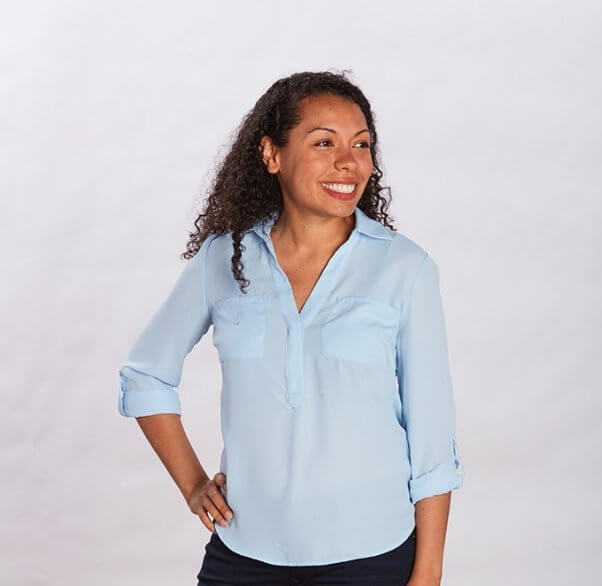 I Can You Can Vegan

I Can You Can Vegan is a great resource for those interested in going vegan but who aren’t quite sure where to start. Desirée’s simple recipes, such as her Spicy Chicken Fried Cauliflower, make it super-easy to choose vegan food. Check out her travel guides to find some of the best vegan eats in Tulum, Mexico; Beijing; and other cities around the world.

If you’re looking for tips for creating a healthier lifestyle, Yes Baby I Like It Raw has you covered. In addition to presenting wholesome recipes, blogger Nzingah Oniwosan writes articles about yoga, wellness, mental health, self-care, and other ways to make your life more holistic. She even has an article titled “Clean Hurricane Preparation 101.”

Andrew and Larisha run Make It Dairy Free, a vegan blog that the couple started after they went vegan themselves. Many of their recipes are also free of common allergens such as gluten and nuts. Their posts are full of recipes for indulgent desserts, kid-friendly main dishes, and some tasty copycat recipes like Vegan Southwest Egg Rolls, based on the nonvegan version from Chili’s. The vegan version of this dish spares chickens and cows because it uses plant-based chicken and cheese.

Looking for more Black vegan love? Get some inspiration from Black vegans who save animals, find a Black-owned vegan restaurant in your city, and learn why animal activists should show their support for Black lives:

Animal Rights Activists Must Stand Up for Black Lives