Fellow animal liberators, I come to you right now—as an exhausted Black man—asking for help working against systemic racism that threatens Black lives. I know personally how motivated you all are, as I am, in pushing for real change. We need to show that energy right now. 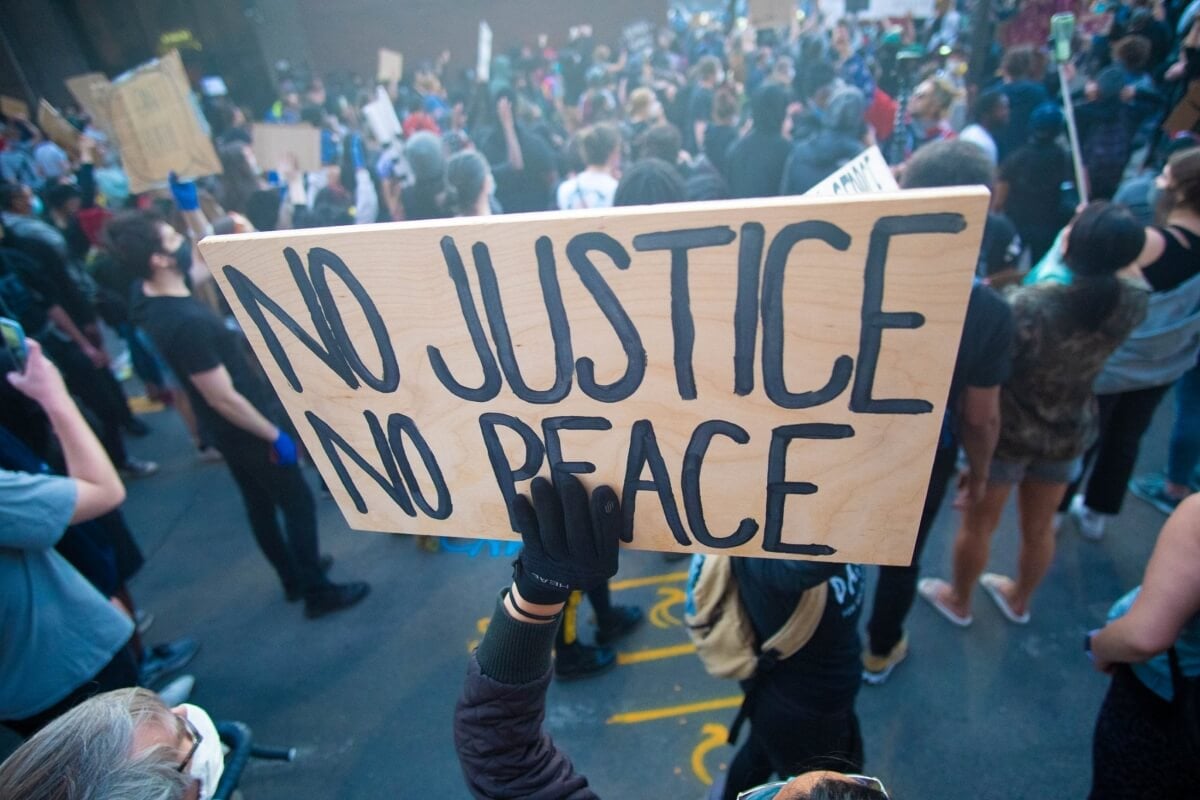 Those of us who are active in the animal rights movement have a reason for being powerful allies. If we truly believe in empathy and compassion for all living beings, we can show it today.

Those involved in the animal rights movement know all too well how frustrating it is for people to scoff at our message, even when we’re armed with evidence of blatant injustice.

Think how infuriating it is when videos of mother cows crying out for their stolen calves fall on deaf ears. Think of the frustration we feel when individuals try to justify the abuse when workers punch and mutilate sheep for wool. Or when vile commenters laugh when farmers slit the throats of conscious animals on farms. I feel it, too.

Recognize our aggravation as Black people when the powers that be try to avoid or twist the narrative around the killing of Black people by racists. Just as we know it’s indefensible to use and abuse animals, the killings of George Floyd, Breonna Taylor, and Ahmaud Arbery and the near countless other Black lives taken because of violent bigotry are completely unjustifiable.

This is especially true when these atrocities are recorded for all the world to see. Both the animal rights movement and the Black Lives Matter movement include activists who know that horrible violence takes place off camera daily. But when people view the footage for themselves, they can no longer declare ignorance, only apathy. That’s why we must stand—and march—together.

We know the unfair justice system well. The deck is stacked against anyone working to end oppression.

Both movements also realize that even recorded evidence often isn’t enough to secure a conviction in the U.S. The demonstrations taking place right now are bigger than the four officers who murdered George Floyd on camera. Racists, whether or not they wear a badge, often go unpunished for killing Black Americans.

How many times have we seen obvious cruelty go unpunished in the animal rights movement? Let’s remember that hurt—that grief over the failure of the judicial system—and use it to relate to the events of the Black Lives Matter movement.

There are Black police officers, and there are good police officers of all colors. But people are now marching globally against acts of barbarism that are systemic in many police departments.

The Black Lives Matter movement calls for “an end to the systemic racism that allows this culture of corruption to go unchecked and our lives to be taken.”

This call for an end to unjust oppression is a message that should resonate with every single person pushing for animal rights. Numerous folks at PETA and other animal rights activists know what it’s like to be arrested and detained simply for demonstrating against injustice. All the while, vile perpetrators get off scot-free. 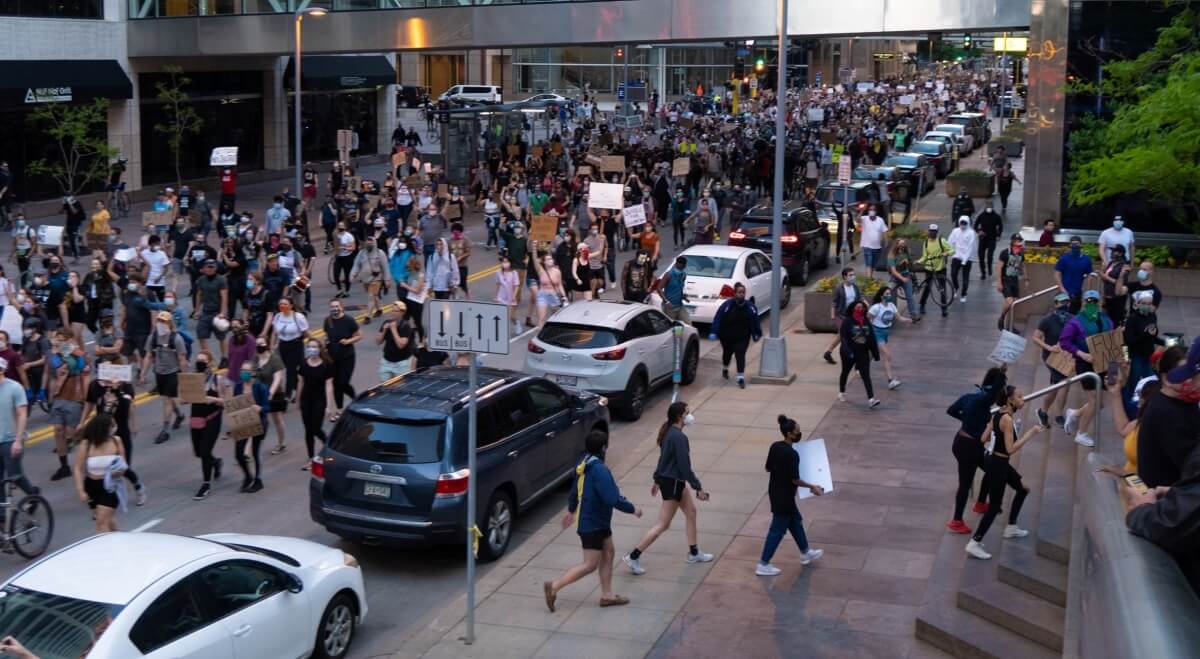 Both of our movements want sweeping, reformative legislation that would help lead to convictions. We all want more transparency in investigations. We want prosecutors and attorney generals who will go to bat for us when we expose cruelty.

Animal rights activists want justice always, so they can understand the importance of defunding militarized police forces that kill Black people. PETA is on the front lines pushing for the defunding of federal and state institutions that funnel money into cruel experiments on animals and that use and often kill animals for entertainment. We know these institutions speak one language fluently, and that’s the language of money.

At the end of the day, we all want to see more funds channeled into positive projects: hospitals, schools, and social programs that help build our communities.

Please, resist detracting from the thrust of these demonstrations with an “all lives matter” perspective.

The idea comes from a compassionate heart—and the idea is true—but this phrase has been weaponized to delegitimize the Black Lives Matter movement.

As an animal rights supporter, you know how frustrating it is when someone says, “How can you care about animals when children are going hungry?” It is not either/or. But when you’re demonstrating against acts like scalding pigs to death in boiling water inside slaughterhouses or running dogs to death in the Iditarod, you’re talking about very specific lives. That focus needs to be maintained. 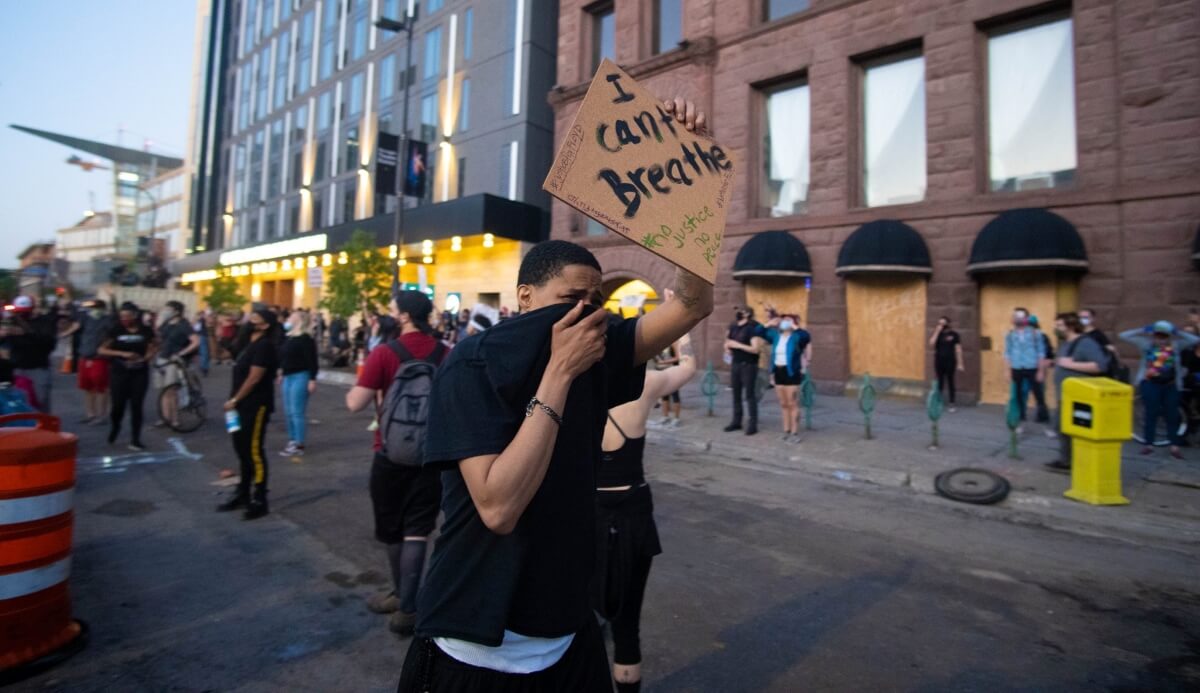 Right now, Black activists like me are asking people of all colors to listen to our demands and our needs.

Please hear us. Just as PETA wants the world to pay attention to the plight of animals suffering in laboratories, on farms, and in roadside zoos and to educate themselves on the plight of animals under human supremacy, the Black Lives Matter movement wants people to learn as much as they can about systemic racism.

This isn’t the time for “whataboutism.” This is a time to stand with our brothers and sisters against the same cruel system that wouldn’t think twice about throwing you facedown in the dirt at your own protest.

Fellow animal liberators, we know the power of protesting and demonstrating. Use it now.

As a Black vegan, I don’t tiptoe between two identities—I embrace the solidarity of these two worlds. Many others do, too, as African Americans are the fastest-growing population of vegans in the country. Living vegan is as much a lifesaver for animals as it is a political statement against an unjust status quo.

I only ask that my fellow animal rights activists make their voices heard and show solidarity with Black people now, for this is the moment to do so. Everyone has a moral responsibly to stand against hate and unequivocal violence, no matter who the victims may be. Your voice could very well save my life.